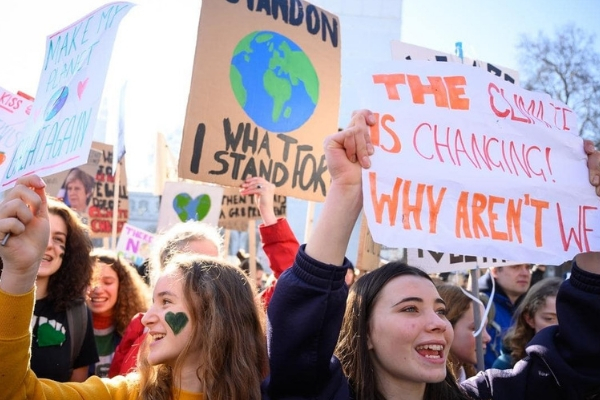 An estimated 150,000 students and adult supporters across Australia joined massive, vibrant, nationwide climate strikes today, in over 60 cities and towns across the nation, demanding immediate and urgent leadership from Australian politicians to tackle climate change. Internationally, students in over 100 countries also took action.

Students are discussing further strikes if they don’t see the action they need from politicians. Other plans include #ClimateElection KickStart meetings at the end of March to make plans to pressure politicians to show climate leadership, and local climate change candidate forums where candidates will be challenged by school students to commit to stop Adani and act on climate change.

16 year old Nosrat Fareha from Western Sydney said, “The turn out across Australia was nothing short of amazing.

“Politicians have responded with indifference to our crippling summer of record heat, bushfires and floods. It’s no wonder so many came out in support today.

“With the federal election around the corner, our political leaders must commit to stop the Adani coal mine, say no to new coal and gas projects and transition to 100% renewable energy by 2030.

“There’s no time to stand by and wait for the bold action we need. We will keep organising, building our movement and riding the wave of community frustration until Scott Morrison and Bill Shorten step up to the job.” concluded Fareha.

A full list of Australian strikes is available here and international strikes are listed here.

The Australian school strike movement began last year when school students in Central Victoria were inspired by 15 year old Swedish student Greta Thunberg who has been striking outside Swedish Parliament every Friday since August. Last November, over 15,000 Australian school students went on strike, defying Prime Minister Scott Morrison’s orders not to. A similar number hit the streets a week later, in response to Adani’s announcement it would self-fund its Carmichael mine.