The significance of Strzelecki koalas in relation to the translocated koala populations of Victoria and South Australia.

This is a significant yet little understood phenomenon. The Strzelecki koalas consist of the original diverse gene pool, whereas the translocated populations have gone through a "genetic bottleneck" resulting in much lower genetic diversity. The Strzelecki koalas therefore, are crucial to animal's future in Victoria and South Australia. However their numbers are low, possibly as low as 1500 animals. 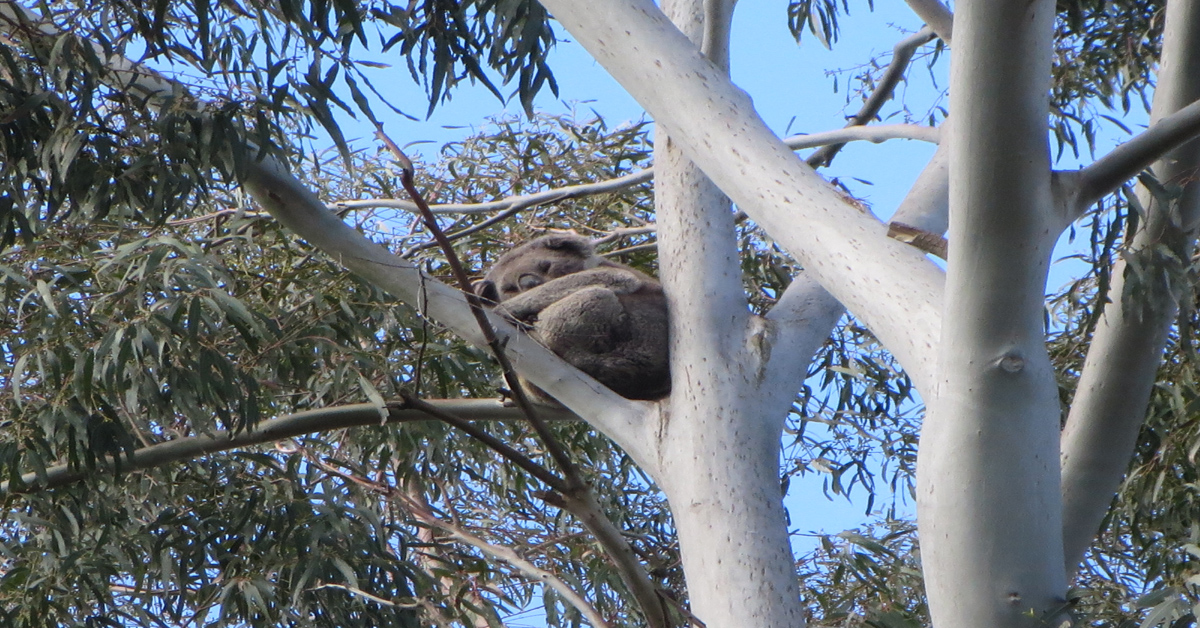 In terms of mainland endemic populations, another story was emerging. By the 1920's, koalas were believed to be extinct on both mainland Victoria and South Australia, due mainly to the excesses of hunting and land clearing. In the 1920's a statewide Victorian Government survey determined that the only surviving remnant koalas (outside of the island populations), occurred near the southern Victorian town of Yarram on the south eastern edge of the Strzelecki Ranges.

A pattern with the translocated populations has been a "boom and bust" population cycle, with koalas breeding quickly and placing enormous pressure on native vegetation in numerous locations to the extent that in the 1980's the Victorian State Government had to create a sterilisation program to control koala numbers at locations such as Mt Eccles in south western Victoria. In 2015, the Victorian Government enacted a cull of hundreds of animals at Cape Otway due to overbrowsing. 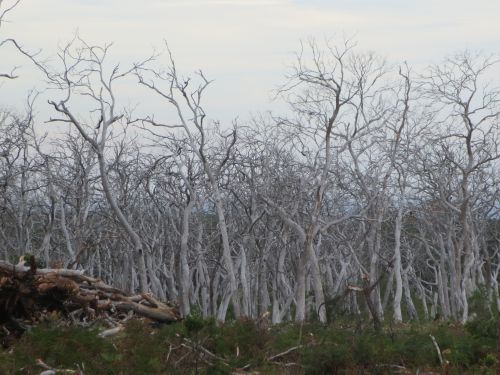 Death of Manna Gum Forest (E.viminalis) at Cape Otway 2015, due to overbrowsing by koalas. Clearly the translocation issue is out of hand.

Another contributing factor since the 1990's, that helps explain translocated koala population increases, is the widespread planting of tens of thousands of hectares of bluegum plantations in South West Victoria and Kangaroo Island. Recent reports suggest that thousands of animals in plantations were killed on Kangaroo Island alone, in the bushfires that ravaged the island in early 2020. This on an island, where koalas were not naturally found.

Why Genetic Diversity is Important

Low levels of genetic variation will have significant impacts on the long term viability of koala populations, because genetic diversity is required for adaption to changing environments. Lack of genetic diversity in koala populations can make them more vulnerable to diseases caused by inbreeding and less resilient to diseases overall. Genetic variability therefore ensures that the species has a long term future. Inbreeding in koalas can cause diseases such as testicular aplasia (failure of testicular development potentially leading to sterility) and other deformities, such as rounder flatter heads, narrow mouths, smaller eye sockets and limited muscle mass. Increased calcium deposits in kidneys has also been observed in Kangaroo Island populations that can lead to dehydration and death.  Lack of genetic variability can also create an increase in the frequency of deleterious genes.

Lack of genetic diversity and ongoing habitat loss can also contribute to the quick collapse of translocated koala populations. For example, 3000 koalas were translocated from Phillip Island to the Victorian mainland by the 1970's, due to a booming population. However in recent years the koala population has crashed to almost zero, with koalas now having to be imported from other island populations. Therefore the long term viability of translocated populations is questionable, even if numbers appear to be high in the short term.

According to Houlden 1996: “The Strzelecki koala population has high levels of genetic variability which have been detected by rare and unique genetic markers. These animals are statistically significantly differentiated from other Australian populations and therefore constitute a separate management unit. Because biodiversity in the species as a whole is dependent of conservation of populations throughout the species range, the Strzelecki Ranges population, together with the South Gippsland population is nationally significant as well. The lack of genetic diversity amongst Australian koalas could be critical to the survival of the species as a whole.” 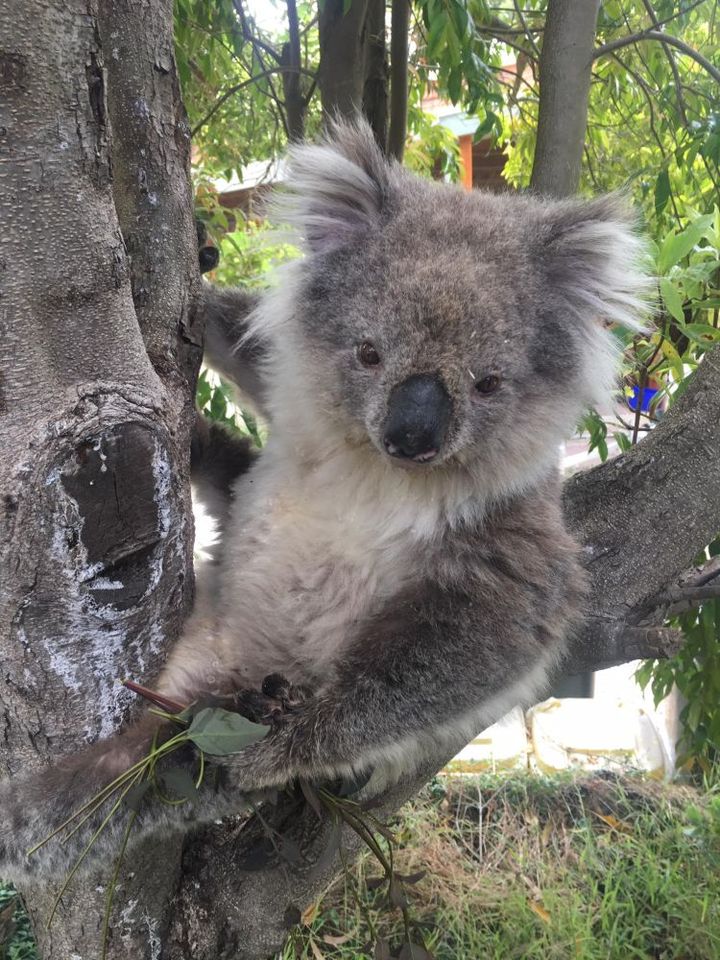 Friends of the Earth is planning to do further koala surveys in the Strzeleckis once the Covid 19 situation in Melbourne is resolved. Between November 2019 and July 2020, FoE conducted over 200 surveys in the region and plan to do hundreds more in 2020/21, with your help. Results of the surveys can also be viewed on this map.

FoE is also holding an online koala forum on September 24th to further discuss the Strzelecki issue. We will also endeavor to work with local campaigners in South West Victoria to try and resolve the ongoing koala crisis in that region.