Thousands of Trees in Reserve Threatened by Herbicide Spray Drift

Friends of the Earth has uncovered a disturbing incident in the Holey Plains State Reserve, in Central Gippsland, Victoria. FoE has found an area of several hundred hectares, in the Reserve which appears to have been impacted by spray drift from an adjacent pine plantation which was recently aerially sprayed. Thousands of trees appear to have been impacted. The trees were slowly recovering after being severely burnt by bushfires which ravaged Holey Plains in early 2019. 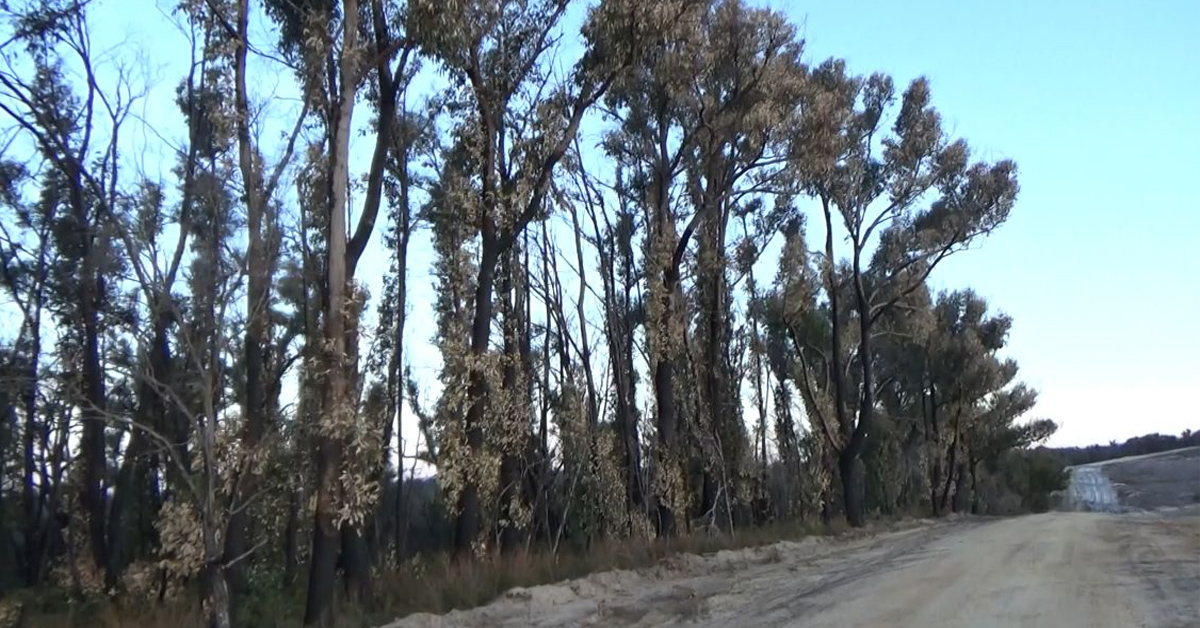 The area was recently being visited by Friends of the Earth during koala surveys. The impact of the sprays can be seen mainly on a 2km front on the eastern side of the plantation indicating that herbicides are likely to have wafted in when a 500ha pine plantation, managed by Hancock Victorian Plantations was recently sprayed. This plantation is certified by Forest Stewardship Council.

Pine plantations of this size are usually aerially sprayed with herbicides including Glyphosate, Metsulfuron Methyl and Clopyralid. Another herbicide Glufosinate Ammonium is also sometimes used. After the pines have been established for a year or two, aerial application of pellitised Hexazinone then occurs. Hexazinone will then leach into the soil for a many months.

Friends of the Earth believes that the likely culprit of the spray drift is Glyphosate. A similar incident occurred in the King Lake National Park about 10 years ago. It was determined that coppicing eucalypts are highly susceptible to minute levels of Glyphosate. It is unclear whether the trees impacted at Holey Plains will survive the incident.

The incident also raises concerns about the use of herbicides near recently burnt areas along the eastern seaboard of the Australian continent after the massive bushfire disaster which occurred in late 2019/2020. FoE believes that there should be label changes made to the herbicide Glyphosate listing concerns about its use in areas where Eucalypts are recovering from fire. 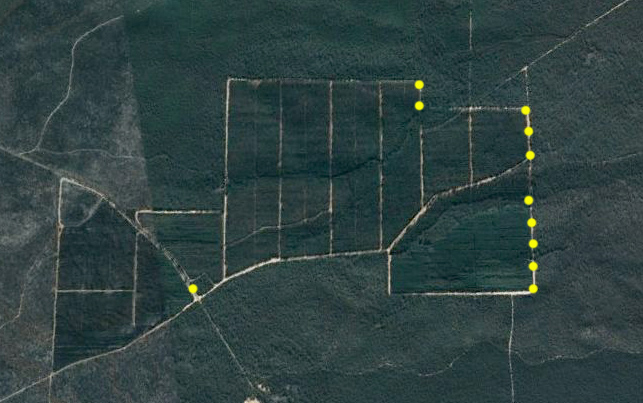 The impact of the sprays has occurred in these approximate locations. Holey Plains State Reserve, surrounds this plantation. The plantation feeds Maryvale Pulp Mill.

Chemical Standards Officers from Biosecurity and Agricultural Services (Victorian State Government) are now investigating the incident. Video footage of the incident can be seen here and here