Trouble for Aussie Miners Heats Up in Ecuador

Solgold, an Australian exploration company is starting to come under sustained resistance from local communities, alarmed that hundreds of thousands of hectares of Ecuador is now under mining concessions owned by Solgold. Rinehart's problems have been receiving international media attention, after the Ecuadorian Government employed 2000 troops in July to clear out her mining concession, Imba 2, in the north of the country of 10,000 "illegal" miners. The army was apparently sent in by President Lenin Moreno, after a terse meeting with Hanrine, the Hancock subsidiary, in April. 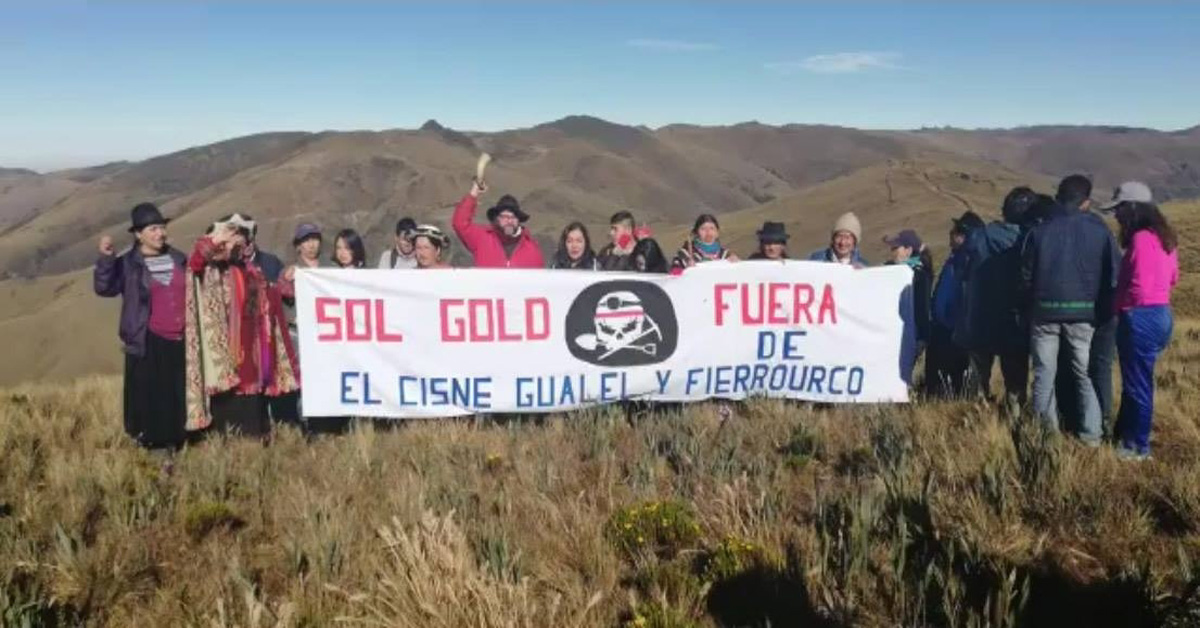 Solgold are based in Brisbane and are listed on both the London and Toronto stock exchanges. Nick Mather, plays a leading role in Solgold has been involved in a number of controversial issues in Australia, including Waratah Coal in the Galilee Basin, which was purchased by Clive Palmer in December 2008. Mather was also Managing Director of companies involved with wanting to mine gold at Timbarra Gold Mine where hundreds of arrests occurred in the late 1990's. Mather has also been a very important figure in the development of coal seam gas in Australia with Arrow Energy, Bow Energy and Lakes Oil. Interestingly Mather was involved in Lakes Oil, when Gina Rinehart also had an interest in that company. 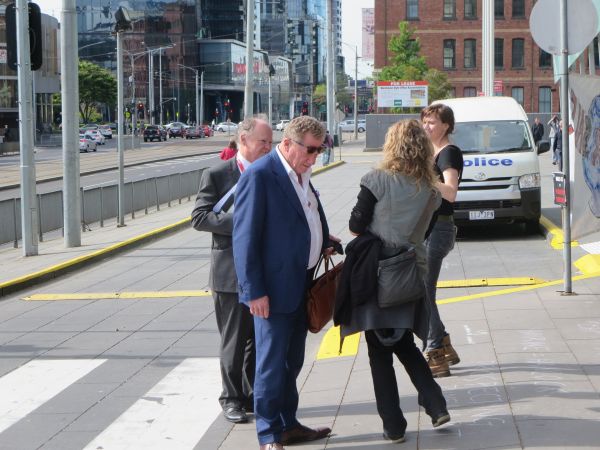 October 2018: Nick Mather reading chalk messages about Solgold, before entering the IMARC event held in Melbourne. Thousands of activists are planning to shut down the IMARC event in late October this year.

Recent research by Melbourne Rainforest Action Group (MRAG) has revealed that many of Solgold's concessions in Ecuador are located on Indigenous lands and protected forests.

Residents of Gualel, in the south of the country who are surrounded by three Solgold concessions, are currently planning widespread protests if mining is not stopped. They propose to march with residents from the Azuay, Loja, El Oro and Zamora Chinchipe provinces, stating on 30 July that if they are not heard they will go on a hunger strike.

The Awa indigenous people in the north of Ecuador, met in July and announced a total rejection of mining of their land. Solgold have three mining concessions on Awa land, with one held by Gina Rinehart.

Community members in the south of the country in the Bolivar Province and Zamora Chinchipe provinces are also opposing Solgold. There are likely to be other communities concerned as well.

SolGold holds 75 mineral concessions in Ecuador through four subsidiaries, with their major mine proposal in their Cascabel Concession attracting legal action in Ecuador's Constitutional Court. Cascabel lies only 25km south from the Colombian border and 10km north of the recent gold rush at Buenos Aires which saw 10,000 people descend on the area for a period of 18 months. MRAG understands that Solgold are already employing the security firm G4S at Cascabel.