Trump withdraws US from TPP, Turnbull must concede trade deal is dead 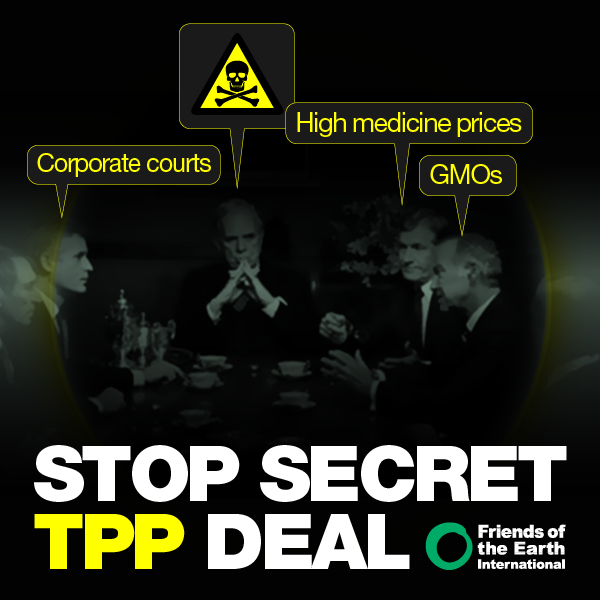 After six years of campaigning by grassroots groups across 12 countries, US President Donald Trump has formally begun the process to withdraw from the Trans Pacific Partnership (TPP).

Friends of the Earth Australia says the withdrawal of United States from the Trans Pacific Partnership is the final nail in the coffin of the deeply flawed trade deal and has implications for the Turnbull government's policy.

“As result of grassroots pressure community members have been able to delay the TPP trade deal since negotiations began in 2010. President Trump’s decision today to withdraw the US from the TPP effectively kills the Trojan Horse deal.” said Samantha Castro, Friends of the Earth Australia.

Key conditions of the TPP state that at least six countries must sign on, and that those six must represent at least 85% of the GDP of the original 12 countries. As the US represents just under 62% of the total GDP, implementation of the agreement without the US is impossible.

The deal has been shown to favour the rights of corporations over community through the Investor State Dispute Settlement mechanism (ISDS), and makes no mention of climate change in its over-6000 pages, despite the catastrophe currently facing our planet.

“The risks posed by ISDS to our environment, health, worker’s rights, indigenous rights and democracy far outweigh any benefit of these corporate trade deals. Malcolm Turnbull’s reluctance to accept this fact indicates dangerous shortsightedness. The Prime Minister has refused to listen to the people, he refused to listen to the experts, and now he refuses to listen to cold hard facts on this bad deal for people and planet."

Whilst the demise of the TPP is indeed to be celebrated, the inherent risks of the deal have not dissipated. ISDS is still invariably included in trade deals entered into by Australia. The recent China-Australia Free Trade Deal (ChAFTA) and the Regional Comprehensive Economic Partnership (RCEP), which includes China and India and is currently under negotiation, both include an ISDS mechanism.

Our research reveals that investors have launched fifty lawsuits against Asian governments alone at secret ISDS tribunals for a total of at least $31 billion US dollars.

“It is time that the Australian Parliament put people and the planet before profits and pass legislation banning ISDS outright from any future trade agreements. It is not in our interest, but in the interest of multinational corporations, to enter into such an agreement."