Friends of the Earth is concerned that the $23 billion water industry is a major source of PFAS contamination over potentially tens of thousands of hectares of land across Australia. With the push on to increase the availability of recycled water in the world's driest continent, the potential toxic nature of inadequately treated recycled water and biosolids raises plenty of concerns. 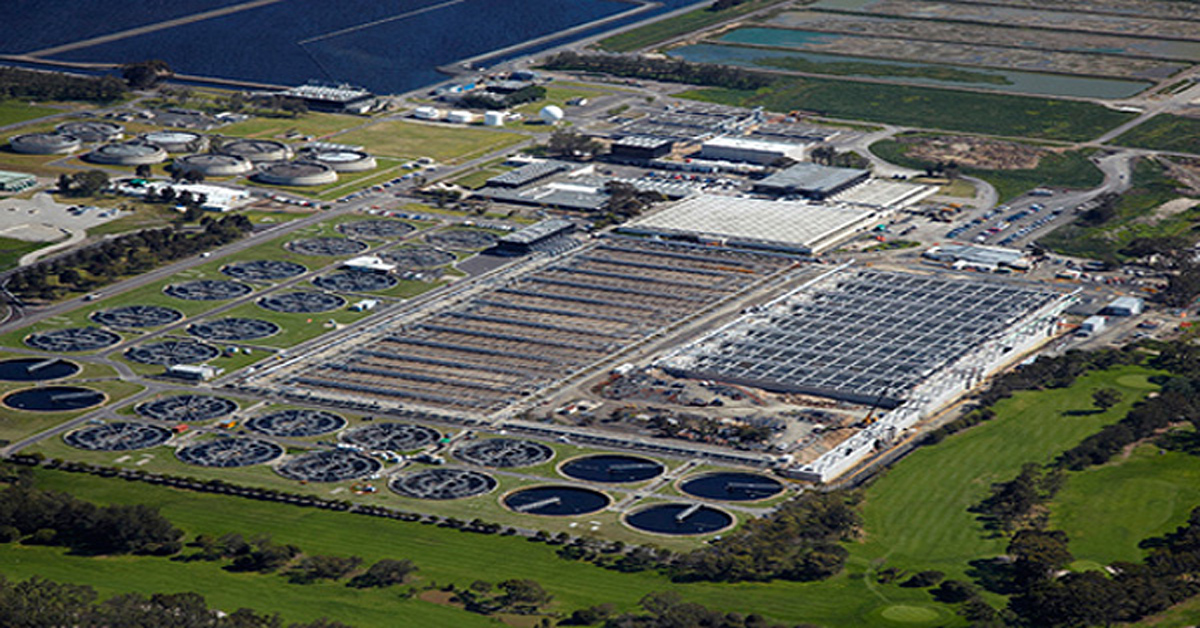 Two recent Freedom of Information (FoI) requests to two Victorian water authorities have revealed that PFAS contamination at waste water treatment plants is not the exception, but the norm. The "pollution footprint" of the industry extends from the waste water treatment plants to recycled water and biosolids distributed by water companies. A large portion of the recycled water is applied to farmland, where plants can absorb chemicals such as PFAS.

PFAS (Per- and polyfluoroalkyl substances) are water repellant chemicals which can accumulate and remain for very long periods of time. PFAS make their way into the sewerage system from both human and industrial waste. Thousands of different PFAS chemicals have been discovered.

According to the US EPA:

"The most-studied PFAS chemicals are PFOA and PFOS. Studies indicate that PFOA and PFOS can cause reproductive and developmental, liver and kidney, and immunological effects in laboratory animals. Both chemicals have caused tumors in animals. The most consistent findings are increased cholesterol levels among exposed populations, with more limited findings related to: low infant birth weights, effects on the immune system, cancer (for PFOA), and thyroid hormone disruption (for PFOS)."

The Melbourne Water response shows that between May and June 2019 PFAS contamination of Class A Recycled Water from the Eastern Treatment Plant occurred in every sample tested, with testing at the Western Treatment Plant showing similar results in Class A and Class C Recycled Water. It does not appear that Class B and D recycled water was tested. It appears that testing of recycled water was only carried out during these two months. PFAS contamination of biosolids occurred frequently between 2011 and 2019 over numerous biosolid stockpiles at both the Eastern and Western Treatment Plants.

According to Victoria's Department of Health, which regulates Class A recycled, with the EPA*:

"Class A recycled water is derived from sewerage systems or industry processes, and treated to an appropriate standard. Class A water is water designated for high-exposure uses, including residential developments (for example, 'dual pipe' systems for toilets and garden use, irrigation where access is public and unrestricted, irrigation of edible crops intended for raw or unprocessed consumption."

There are 44 Class A recycled water schemes across Victoria.

Biosolids are the solid organic matter left over after sewerage treatment. Biosolids have been used for many years in a number of applications including agriculture, composting and resource recovery.

In a November 2020 submission to the EPA's Review of Recycled Water Guidance in Victoria, Friends of the Earth highlighted that in the United States:

"Sewerage sludge used on farms in Maine, Colorado, New Mexico, Michigan and Wisconsin has been shown to contaminate farmland and waterways, with farms having being shutdown due to PFAS contamination. In 2019 in Maine, all sewerage sludge had to be tested for PFAS... Virtually all sludge has tested positive for PFOA and/or PFOS, generally two to three times the State’s screening level of 50 parts per trillion (ppt), with some results as high as 20 times this level. Maine’s Department of Environmental Protection (DEP) has tested groundwater, surface water and soil, as well as hay, feed and manure from seven sludge spreading sites. PFAS showed up in all except the feed. The bottom line is that only a fraction of potentially contaminated sites (such as hundreds of closed unlined municipal landfills) have been tested, and most that have been tested showed contamination, some at very high levels not only in leachate but also in groundwater.” 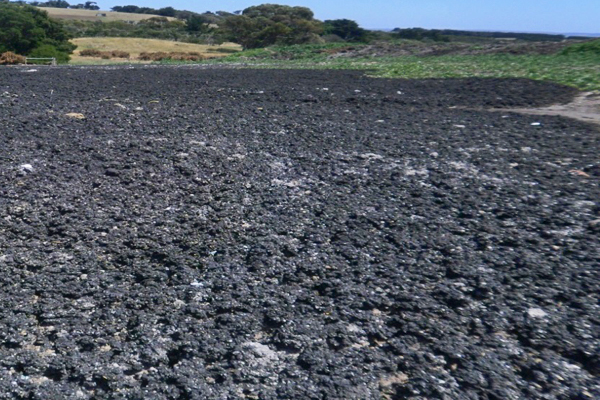 Studies have documented PFAS absorption by some crops — lettuce, tomatoes and radishes among them — from soils fertilised with sewerage byproducts.

“Even if you grow your own vegetables, you could still be at risk. Sewage treatment plants around the country have developed composting operations that sell or give away composted fertilizer to home gardeners. Once thought to be an environmentally sound practice benefiting everyone, some of this compost has been found to be contaminated with PFAS including in Alaska and Washington State.”

The Environmental Working Group, based in the United States has made some recommendations regarding PFAS in wastewater, sewerage and recycled water. Friends of the Earth supports these recommendations.

The Gippsland Water FoI information showed that Gippsland Water have been testing for PFAS related compounds since 2017. They are regularly testing PFAS in water supplies considered to be at higher risk of potential PFAS contamination. These include Seaspray, Briagolong and Sale. 28 PFAS compounds are tested at a number of locations on a monthly basis. Traces of PFAS have been detected in the water supplies of Sale and Briagolong, with the most worrying pollution occurring in the Seaspray reticulated supply. At this stage it is impossible to know the source of the Seaspray contamination. The Esso gas facility is 14km north of Seaspray and may be a factor. Merrimans Creek domestic water supply also had gas exploration occur in it several years ago and the widespread use of biosolids by farmers could be occurring in the Merrimans Creek water supply catchment.

9 different PFAS compounds from industrial waste and 7 from domestic waste have been detected at the inlet to Gippsland Water Factory in Morwell since 2017. PFOS residues have been detected in over 30% of tests taken for domestic waste entering the facility. The Water Factory receives water from numerous locations across Gippsland. It is highly likely that treatment from the site is unlikely to remove PFAS. PFAS chemicals were also detected in 10 Gippsland waste water plants in 2017, the only time comprehensive testing was carried out at all waste water treatment plants. Gippsland Water produces approximately 33 megalitres of recycled water per year, as well as 20,000 tonnes of biosolids.

Friends of the Earth have been tracking PFAS contamination via this map, hoping to inform the general public about the location of PFAS substances in the Australian environment. 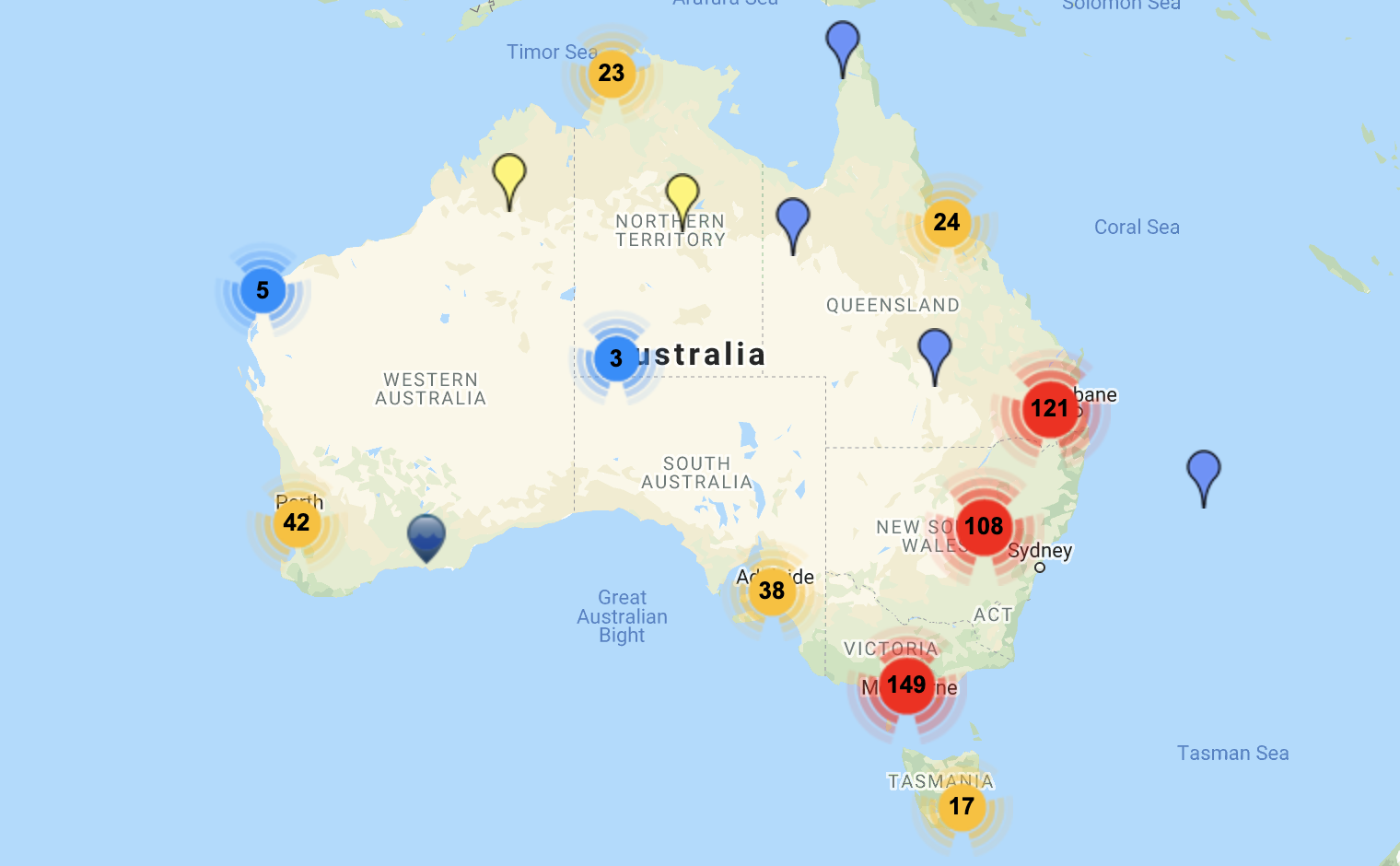