We need to be looking at the bigger picture

What if many of our activist campaigns are an unachievable dream, that will ultimately have little impact on transforming the human destruction of the planet? Myself, and many others, feel this is the case; that we need to be looking at the bigger picture – consumption and economic growth. 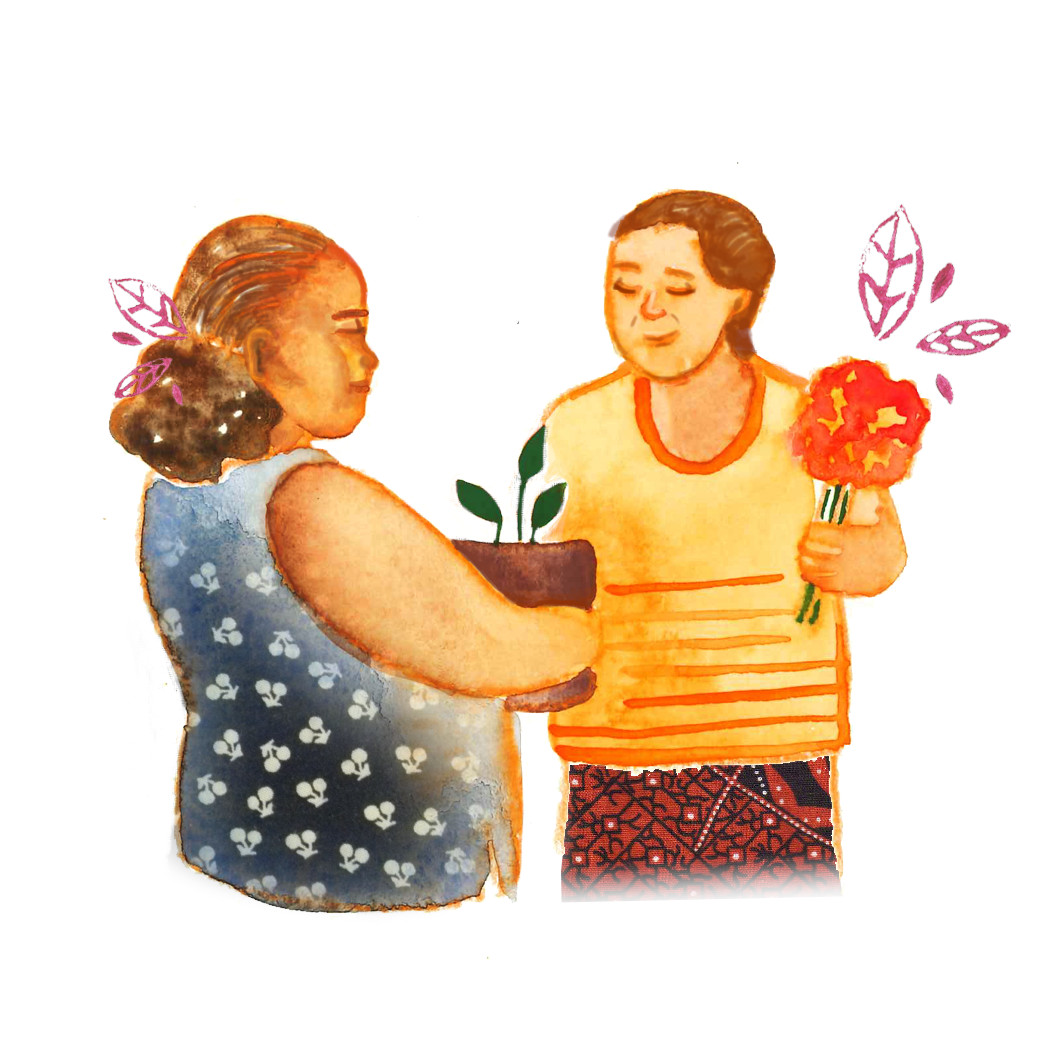 This is potentially quite a controversial idea that I'd like to discuss in our environmental activist community, and it critiques campaigns such as those for renewable energy targets, the stopping of logging, declaring a climate emergency and others. In many ways these campaigns have value, doing important work of fostering the communities of activists stepping up and doing something, as well as creating meaningful conversations and actions. But they don't directly address consumption, economic growth and inequality, and in such an affluent country like australia, that is where our impact really lies. They don't address capitalism and the destructive parts of human nature that both perpetuate and are perpetuated by it.

For the purposes of this article I define capitalism as the economic system that is driven by the imperatives of private profit, capital accumulation and growth, perpetually increasing productivity and spreading these imperatives in new locations and parts of societies.

Of course centring capitalism and other destructive human behaviours in a long term view of change isn’t a new idea. People have been thinking and talking about it for decades, including many people in FoE. I am one of many people both in FoE and the broader movement that thinks we need to be reminded and spend more time focusing on this.

In australia, like most of the world, we have a government still stuck in the idea that we need jobs and growth, and within this paradigm most of our small reformist wins are next to insignificant. Even if we replace our fossil fuels with 'renewable' energy, stop or slow logging, or declare a climate emergency we need to ask ourselves how will our efforts be part of the bigger picture and longer term goal of replacing capitalism with something better? After all, renewable energy still causes great destruction to people and places when made at scale, stopping logging is a decision the government might reverse, and corporations will definitely keep logging in the majority world countries to feed our growing consumption, and will a climate emergency declaration lead to meaningful action, or continue adding to opportunities of green washing?1

We know that competition for private profit drives the thinking of most of the big decisions in our society, I don't think I need to make that argument here. The environment movement and especially FoE has a reasonably widespread understanding of the problems inherent to capitalism, though if you want a reminder or need convincing check out these resources (Naomi Klein, Just Transition zine, Yin Paradies, Eric Olin Wright, and many more).

Two questions that I think need to be addressed are; whether it is pragmatic or possible to end capitalism and create something better? And also, what's the best way doing just that?

In this article I will attempt to answers these questions as a way of thinking through how we might centre bigger picture thinking into our campaigning.

To the first one, yes it is undeniably possible to end capitalism and create something better. Humans have lived without capitalism for most of our history, many communities are coming close right now (it’s pretty hard to be completely separate with global capitalism, but check out the Zapatistas), and indigenous, peasant and many other communities around the world are telling us about the amazing knowledge, practices, value systems and ways of organising that can flourish without capitalism. We can bring the technologies that have been developed under capitalism with us – as long as those of us with too much are happy to have less; to live simply so that others can simply live. The neuroplasticity of the human brain is incredible, and while we can be very selfish and destructive, we can also be also cooperative, rational and responsible. Ultimately our society is made up of the actions of each human, and as past revolutions, strikes, civil disobedience and community activism have shown us, we can recreate the world how we want to. It takes a lot of work and conversations to do it well, but it is certainly possible.

The second question is:

What is the best way of moving past capitalism towards something better?

This can be a very divisive question, and there are many contradictory answers. Many more critical conversations on this topic are needed, where we are open minded and leave our egos at the door. And while we are having these conversations, we can continue trying out many different ideas. Importantly, for all our change making campaigns, conversations and actions, we need to keep our ultimate goal of a sustainable, equal and just post-capitalist world at the core.

Reformist campaigns can be useful for talking to the mainstream and making small changes, especially when they give more room for marginalised groups to survive and therefore make change. However, I think we need to make sure they are all actively situated within the larger goal of ending a growth dependent profit driven economic system and making economics once again subsumed by the values of the community where the goods are being produced and consumed. We also need to work on making sure those community values centre equality and equity, sustainability and justice and come from the community rather than being imposed upon it, and to make sure we have shared understandings of these values. Yes, this will take a lot of work but we can't get there by pretending the issue is smaller than it is. We need to ground whatever we can bring in the larger struggle, encourage everyone to step up as much as they can, and work on providing community support to allow everyone to do that.

One idea that might help ourselves remain embedded in anti-capitalist critique is for many of us within the movement to spend less time doing paid work. Yes, some paid work can potentially work towards our end goal, but more often than not it is co-opted by capitalist values, even in NGOs. Over the decades the environment movement has gotten more money, and while in many ways this is a great thing, it can be argued that more money has led to a de-radicalisation of the movement and a loss in its ability to speak and fight against the hand that feeds it.  After all, a large part of this money comes from philanthropists and government grants. Even the organisations that get a large part of their donations from individual donors can end up spending more time and energy following the money in terms of strategy and outcomes, rather than focusing on pushing back against capitalism in our lives.

A lot of the really important work we need to do, including movement critique, reflection and strategy, and internal individual reflection and work cannot be paid in an economic system that concentrates money where the profits are - at least not on the scale we need it to happen. If all people wanting to do full time change making can’t be paid to do it under this system, we probably need be more creative.

Another reason for less time spent on paid work is that any full time job, whether it is directly or indirectly connected to creating a better world, is exhausting – and especially for those who work more than full time. To have nuanced conversations, sit in discomfort, think deeply about the complicated reasons things happen, we need time and energy.

Instead of having some activists paid and others not, we could explore using the money and the resources we do have to make sure everyone has a basic level of comfort to be able to engage in social change work. This could look like stipends, making cooperatives, supporting each other to have meaningful part time jobs, mutual aid funds, and so many other things. But it starts with honest conversations about money in our communities, who has it, who needs it, and how does it co-opt us under capitalism. We need to discuss and practice ways to do less paid work, especially supporting each other so that it is not just those from the middle or upper class that have that option, and make it available to everyone, especially marginalised groups. Living simply is a big part of this, and learning from the skills of those with less resources on how to do so. Sharing things, scavenging 'waste', supporting each other to take money from capitalism while minimising co-option, making sacrifices without perpetuating martyrdom, and finding security and subsistence in our community rather than individually are all places to start (and build on all of the ways this currently exists).

We need to continue learning how capitalism works, what destructive parts of human nature support it, and how we can fight against both those things. We need to understand co-option, especially how things like green capitalism work, and how to mitigate for power. We need to resist the horrible things that are happening while creating and building upon community institutions that meet our needs outside of capitalism. We need to work on our individual and collective trauma and continue healing. We need a lot more people to put in a lot more time. Could that include you?

Finding out ways to challenge capitalism without being co-opted is going to need a lot of ideas and conversation, as well as action. So please jump in and discuss, especially if you disagree. Disagreeing respectfully is something we need to practice, it helps us get to better ideas, so please tell me where you think I’m wrong or have missed things! And get in touch if you want to be part of ongoing conversations on this.

Anisa does anti-capitalist pro-utopia change work on the Kulin Nations, with a focus on environmental and social justice direct action. They are a National Liason Officer (NLO) for FoEA. They have Cornish, English and Scottish heritage, are obsessed with reading history, and come from a loving middle-class family. Hypocritically they love the Marvel Cinematic Universe, which most likely only capitalism could have created.