Volker Boege writes for Chain Reaction #141 on the importance of including Pacific spirituality in climate justice. 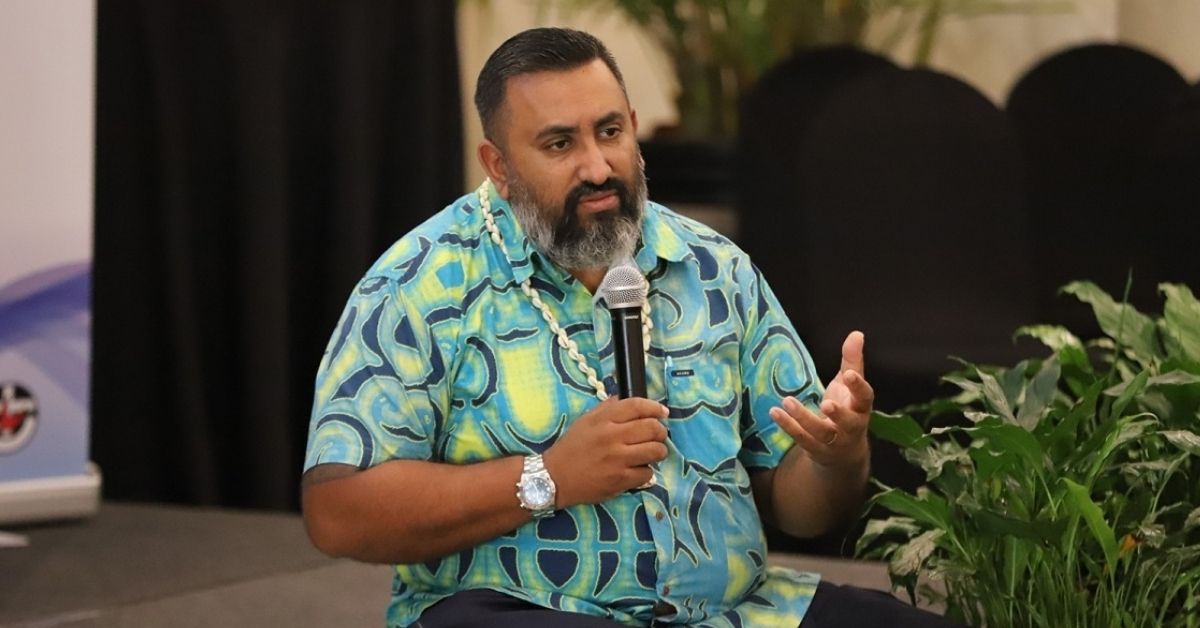 In the Pacific Island Countries (PICs), the churches are by far the most important civil society organisations. The vast majority of Pacific Islanders are devout Christians. While state institutions or secular NGOs and community-based organisations might not reach far beyond the urban centres, the churches are everywhere on the ground. It is therefore of utmost importance how they position themselves in the field of climate policies and climate justice. They can either pose serious obstacles to effective climate action if they do not take the matter seriously (or even deny the facts) or they can provide valuable leadership. One can even say that ‘side-lining God’ (Patrick Nunn) is a recipe for failure of climate change mitigation and adaptation programmes and projects in the PIC societal and cultural context.1

In other words, secular approaches that simply ‘explain science’ to communities and impose foreign secular language and approaches upon them are bound to fail.

In the worldviews of Pacific Islanders, climate change mitigation and adaptation, and climate justice, cannot be achieved without the inclusion of the spiritual dimension.

Pacific churches are in a frontline position to address that spiritual dimension. Moreover, they can act as bridges, connecting local customary life-worlds with the ‘outside’ world of state and international climate change policies.

For these reasons, it is extremely significant that the Pacific Conference of Churches (PCC), the ecumenical body for the Pacific region, has taken an avant-garde role in proactively engaging with the challenges posed by climate change to Pacific peoples. PCC has a membership of 33 churches and ten national councils of churches and serves around 15 million people in 19 PICs and territories that cover one-third of the earth’s surface.2 The headquarters of PCC are in Suva, the capital of Fiji. PCC’s programmes support member churches on issues such as self-determination, gender-based violence, the empowerment of youth and climate change.3  In recent years PCC has been active for climate justice at the local level in various PICs, supporting local communities and churches; at the national level, working with governments and state institutions; at the regional level, making the voice of the churches heard at the Pacific Island Forum and other regional organisations; and at the international level, contributing to the climate activities of the World Council of Churches and, in particular, raising the voice of the Pacific peoples at COPs, most recently at COP 26 in Glasgow in November 2021.

PCC’s General Secretary, Reverend James Bhagwan of the Methodist Church in Fiji, is a leading personality of the climate movement in the Pacific. Friends of the Earth Australia was extremely honoured to have Rev. Bhagwan as a presenter at two online events that FoE’s Climate Change Frontline Collective organised in cooperation with the Pacific Islands Council of Queensland (PICQ) on the topic of climate change challenges to the cultural identity and sovereignty of Pacific atoll nations. At these events in November 2020 and July 2021, Rev. Bhagwan emphasised the significance of the spiritual dimension in engaging with the challenges of climate change. Taking the core Indigenous and Christian values in Pacific Island cultures as a starting point, he pointed to a partial “loss of vision and understanding of the delicate interdependence of life that once guided and ensured the survival of Pacific Island generations for centuries”. He used the powerful, genuinely Pacific, metaphor of “weaving the mat” to explain what is necessary to address the challenges of climate change;

“reweaving the ecological mat” towards a healthy, ecologically respectful society with inclusive politics that prioritises the indigenous and spiritual values and traditional knowledge that for generations has granted wellbeing to Pacific Island people.4

Rev. Bhagwan placed particular emphasis on the problem of climate change-induced human mobility. Over the past few years, PCC has been engaged in several relocation endeavours in Fiji, supporting coastal communities that were forced to relocate due to sea level rise and coastal erosion. In fact, climate change is set to increase human mobility all over the Pacific region. Communities on low-lying small islands, in deltas, floodplains and along coasts are particularly at risk and relocation (further inland, to other islands or to urban centres) is a likely response .

Rev. Bhagwan clearly stated that relocation is not the preferred solution - people do not want to leave their homes.

However, he also said that people have to prepare for climate change and induced mobility is necessary in cases where there is no other option. He made the point that relocation is not just a technical, economic, legal and political issue, but has fundamental psychological, emotional and spiritual implications given the significance of the connection between land and identity in Pacific Island societies and cultures. Land cannot be understood merely as the physical location in which people live or as an economic asset but has to also be understood in terms of its social, relational, cosmological and spiritual dimensions. Identity for Pacific Islanders is inextricably linked to land, to the place of origin. Rev. Bhagwan said that, “We are part of the land,” and referred to the custom of burying the umbilical cord of newborn babies in the soil of their place of birth – a ritual that is widespread in Pacific societies and a powerful expression of the inseparable land–people connection.

This connection to land is under threat due to the effects of climate change (sea level rise, coastal erosion, food insecurity etc.), and so, too, is the land-based identity of people.

Climate change, climate change-induced migration, relocation and displacement have serious implications not only for the material security of affected communities but also affect peoples’ emotional and spiritual wellbeing. Rev. Bhagwan talked about the “trauma of relocation” and suggested this fundamental problem could be addressed by changing the discourse from one of “exile” to one of “exodus”, to building new homes in a new host land, referencing the migrant stories in the Bible. In this context, he pointed to the role of Pacific diaspora communities. Even today there are Pacific diaspora communities in New Zealand, Australia and other Pacific rim countries who could take over responsibilities for a future when the people from their places of origin have to relocate. In fact, Pacific Island people have deep connections not only to land; they also have a long history of mobility, of migration and voyages across the vast expanses of the ocean.

In any case, recipient communities must be included in discussions about migration and relocation. Referring to “those who will receive” their brothers and sisters who are forced to relocate, Rev. Bhagwan called for “radical hospitality and neighbourhood” and a “spirituality of hospitality”.5

In November 2021 Rev. Bhagwan made his way to Glasgow to make the voices of the Pacific peoples heard at COP26. In preparation, PCC had elaborated a declaration as part of the Climate Justice for All campaign in partnership with the Methodist Church in Britain. This Declaration, entitled “Securing a Future for our Pacific”, in line with Rev. Bhagwan’s presentations at the FoE co-organised online events mentioned above, states that “confronted with the threat to identity, livelihood and sovereignty, we draw on our spirituality and indigenous knowledge and life-affirming traditional values as a source of our resilience and hope in such adversity”.6

Volker is a member of the FoE Climate Frontline Collective in Brisbane, Senior Research Fellow of the Toda Peace Institute, in charge of Toda’s workstream on ‘Climate change, conflict and peace in the Pacific’, co-director of the Brisbane-based Peace and Conflict Studies Institute Australia (PaCSIA) and an Honorary Research Fellow at The University of Queensland. He is a historian and peace researcher. The regional focus of his work is on the Southwest Pacific.