A cable car on Mt Wellington? 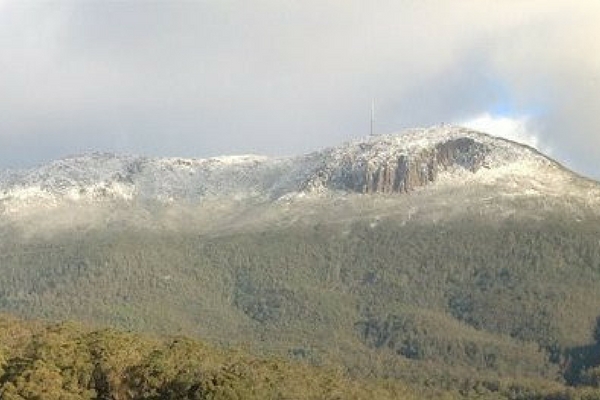 A cable car has been proposed up the face of Mt Wellington/Kunanyi in Hobart. A range of local residents and environmental groups have been campaigning against this proposal, which would have significant environmental impacts on the mountain.

The proposal has now received support from the Tasmanian government through legislation which will facilitate access to land to build the project.

But there are still many hurdles for the proponent. No final development proposal has been put forward and it is not clear whether the proponent will be able to access land for the base station of the cable car (they will require access to land near the famous Cascade Brewery, which is owned by CUB). As we wait to see what further developments will occur, it’s worth remembering the significant environmental impacts associated with the cable car proposal.

The following briefing was produced by Friends of the Earth Australia.

Hobart is fortunate to be one of the few cities in the world to have a wild mountain on its doorstep. Mount Wellington/ kunanyi provides an iconic backdrop to the city and provides an important habitat for a range of threatened species including the Eastern Barred Bandicoot, the Grey Goshawk and the Wedge Tailed Eagle. Friends of the Earth believe that the current proposal for a cable car up Mount Wellington would irreparably damage its unique cultural and biodiversity values and are strongly opposed to the proposal.

Friends of the Earth opposes the proposed cable car project for the following specific reasons:

The mountain is rich in plant and animal species and home to many significant ecological communities. The cable car proposal threatens these important values. It is not clear from the proposal how much land would have to be cleared for the construction and maintenance of the proposed project and to comply with fire regulations. However, Friends of the Earth believes that any vegetation clearing within the park for this purpose is unacceptable. As the Wellington Park Management Trust note “All plant communities are important in maintaining the integrity of the life sustaining systems in Wellington Park.”

Three threatened bird species are found in Wellington Park – a unique sub-species of Wedge-tailed Eagle, the Swift Parrot (Lathamus discolour) and the Grey Goshawk (Accipiter novaehollandiae).  The Federal Government’s Coordinated Conservation Plan: Eastern Tasmania notes that many Swift Parrots and Wedge-tailed Eagles “die as a result of collisions with overhead wires”.   The proposed cable car project therefore poses an unnecessary threat to these birds in an area put aside for their protection.

We believe that the proposed cable car route – directly over the Organ Pipes would permanently damage the visual amenity of the mountain. This would adversely affect the experiences of hundreds of thousands of recreational visitors and local residents.

The metal, glass and concrete of a cable car, its terminus and its pylons will intrude upon the magnificent views of Mt Wellington that are enjoyed by tens of thousands of people from many different aspects.

“Mount Wellington has been identified as being ‘of outstanding value to Tasmania because of its ability to demonstrate that it is an iconic manifestation of an Associative Cultural Landscape in Australia. ‘Across more than a 200 year of white settlement time frame and space it may be the most outstanding Associative Cultural Landscape of its type in this country’ (Sheridan, 2010). This statement applies to a wide range of historic cultural landscape values, applicable to the eastern area of the Park, and Mount Wellington in particular. The importance of the Park to the community is also demonstrated by the large numbers of art, literature and photography sources, the strong interest expressed in the area by community groups, the Mountain Festival, and the high number of visitors. The Park is also identified by the community as being highly valued for a mix of religious, spiritual, cultural and educational purposes.”

Any proposed development that threatens these values should be subject to the highest public scrutiny. Instead we have seen the Government circumvent the normal planning process to favour a private developer.

There are several residents groups active in opposing the proposal, including:

There is a petition that you can sign calling on CUB to refuse to co-operate with the cable car developer by providing land for the project.