"Supply crisis" or Coalition con? What's really going on with the gas market? 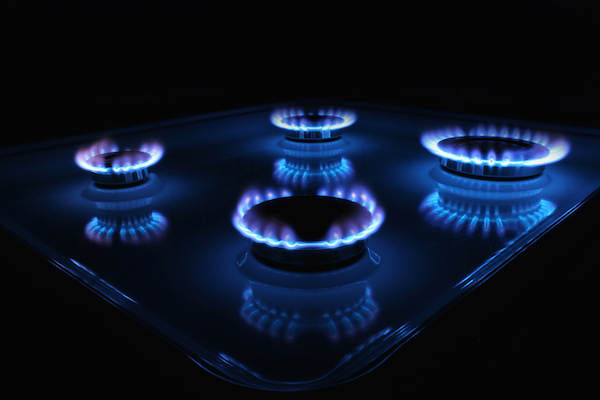 The Australian Energy Market Operator (AEMO) released its annual gas market statement on March 9th, this time telling us that we're facing a looming gas shortage that could mean interruptions of supply of gas and electricity in the coming years.

“We are facing an energy crisis in Australia because of this restriction of gas,” Turnbull told a business conference in Sydney. “Gas reserves or gas resources are not the issue. The biggest problem at the moment is the political opposition from state governments to it being exploited.”

It's not the first time industry and their allies have used a 'looming gas crisis' as a specter to push us into onshore gas developments. in 2013 federal industry minister Ian McFarlane claimed the state of NSW would run out of gas by 2016.  In 2014 AGL too tried to claim that we would fall off "the NSW Gas supply cliff" in 2016. The only solution? Drilling up more unconventional gas reserves (and all the fracking that goes with it.)

So does this new gas supply threat mean that Victoria's ban on fracking and moratorium on conventional gas exploration is going to leave us freezing in the dark next winter?

First of all, the idea that we're going to facing a shortage is questionable.

RMIT Senior Industry fellow Alan Pears called the shortfalls are "quite modest, and AEMO notes that they could be supplied from existing gas fields if the producers received appropriate ‘incentives’. So the short-term picture does not justify a rush into more coal seam gas or other new development."

Bruce Roberstson, energy analyst with the Institute of Energy Economic and Financial Analysis called the idea of a gas shortage in Australia an "absurdity."


“There’s plenty of gas around, even on the east coast,” he said.

”Companies are sitting on permits, not developing them and restricting supply so they can make a lot of money.”

We are extracting greater volumes of gas than we ever have before.  But companies are exporting 70% of our gas overseas, and that does mean it is more difficult for domestic consumers to secure cheap supply.

But one thing the gas industry, politicians and even AEMO are not paying enough attention to are the opportunities presented by new renewable and energy storage technologies.

"The “full cost” of renewables - with storage - is now cheaper than gas for new [demand] peaking" said RepuTex.

"Combining renewables like wind and solar power with investments in energy storage is cheaper than gas and the best way to future proof the grid"  said Friends of the Earth renewable energy spokesperson Pat Simons.

"This isn't a question of a choice between environment and the economy - renewables and energy storage win on both fronts. There is no need for us to risk our farmland and climate with more gas drilling."

To add to this - high prices are already causing huge drops in gas demand on the eastern seaboard.  In fact, the Melbourne Energy Institute suggest domestic demand could as much as halve over the next ten years.  Domestic gas users are moving towards cheaper electric options to heat and cook in their homes, and it's likely to cause what analysts call 'gas death spiral' : the higher gas prices go, the more people disconnect from gas - the higher connection costs become for everyone else - the more people disconnect!

We're experiencing big shifts in the energy market as we slowly begin the transition away from coal and deal with the implications of the gas export industry. Stopping onshore gas is not going to leave us freezing in the dark, but we do need to be on the forefront of adopting new technology that will provide us with a reliable (and sustainable) grid into the future.