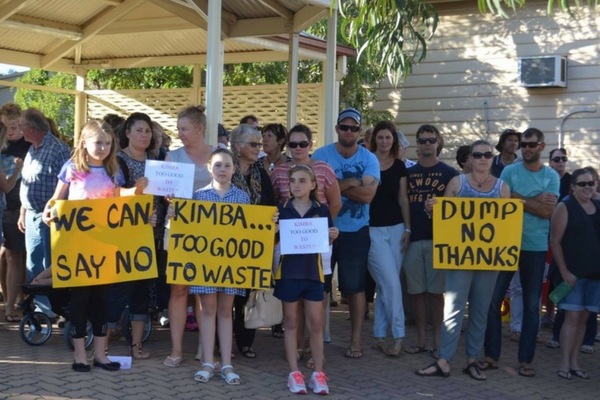 Farming land near Kimba is one of two sites being targeted for a national nuclear dump ‒ the other site, also strongly contested, is near Hawker in SA's iconic Flinders Ranges.

Dr Jim Green, national nuclear campaigner with Friends of the Earth, said: "Canberra claims to be conducting an inclusive, bottom-up process to find a dump site. But the process has been flawed and divisive and has caused enormous stress.

"The government refuses to amend or repeal the National Radioactive Waste Management Act ‒ draconian legislation that gives Canberra the power to override and ignore the interests of local communities, pastoralists, business owners, and state/territory governments.

"Most of the waste is located at ANSTO's Lucas Heights site south of Sydney, and that is where it should stay," Dr Green said.

Craig Wilkins, chief executive of Conservation SA, said: "Last week the SA Premier backed far away from an international high-level nuclear waste dump following strong community opposition. This week the federal government needs to understand that they are way out of step with South Australian communities if they choose to pursue nuclear waste dumps in the Flinders Ranges or on the Eyre Peninsula."

The submission is attached and posted at: http://tinyurl.com/kimba-sub