Alcoa Portland Aluminium Smelter, in Victoria's south west, has responded to Friends of the Earth's (FoE) concerns, aired last week concerning horrific injuries sustained by a koala found at a local golf course in late January. The issue gained national news coverage. A follow up story by the ABC also revealed that koalas near the smelter have been suffering from excessive fluoride levels. 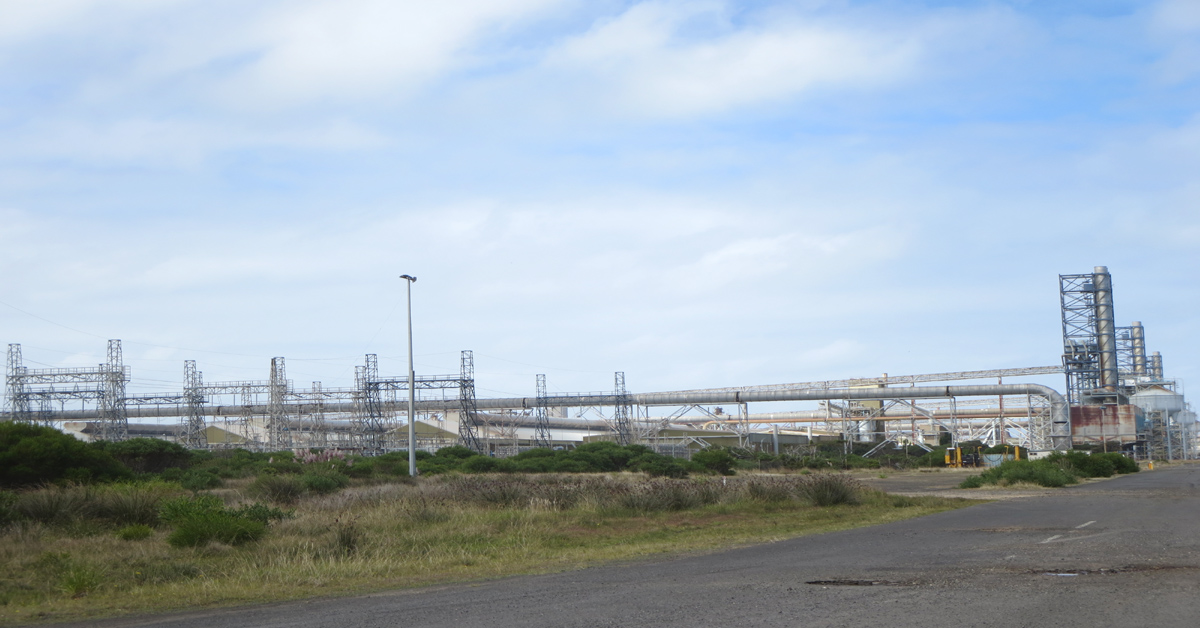 The response from Alcoa states that they will:

Whilst Friends of the Earth supports initiatives that will improve koala welfare, we are disappointed that most of these steps were taken only after media attention was brought about by local residents and FoE. Koalas have been entering the smelter for years and yet the company still does not have a Koala Management Plan! 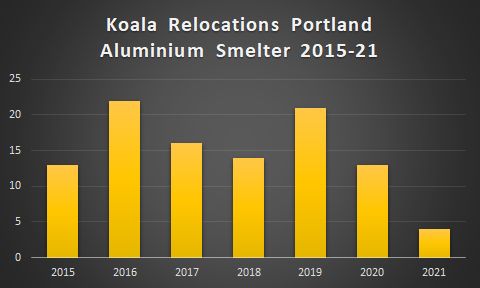 According to company data, 103 koalas have had to be translocated from the Aluminium smelter since 2015. It will be interesting to see if these numbers drop away after the implementation of Alcoa's new koala protocols. Alcoa have been relocating animals found at their smelter to the local golf course since 2020. 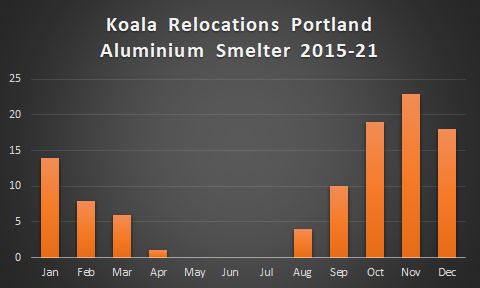 The bulk of the relocations occur in spring when the animals are most active. In November for example, the smelter would be getting one animal per week having to be translocated from the facility.

Friends of the Earth stated last week that a koala named "Ambrose" suffering from horrific burns was found at a local golf course (below). 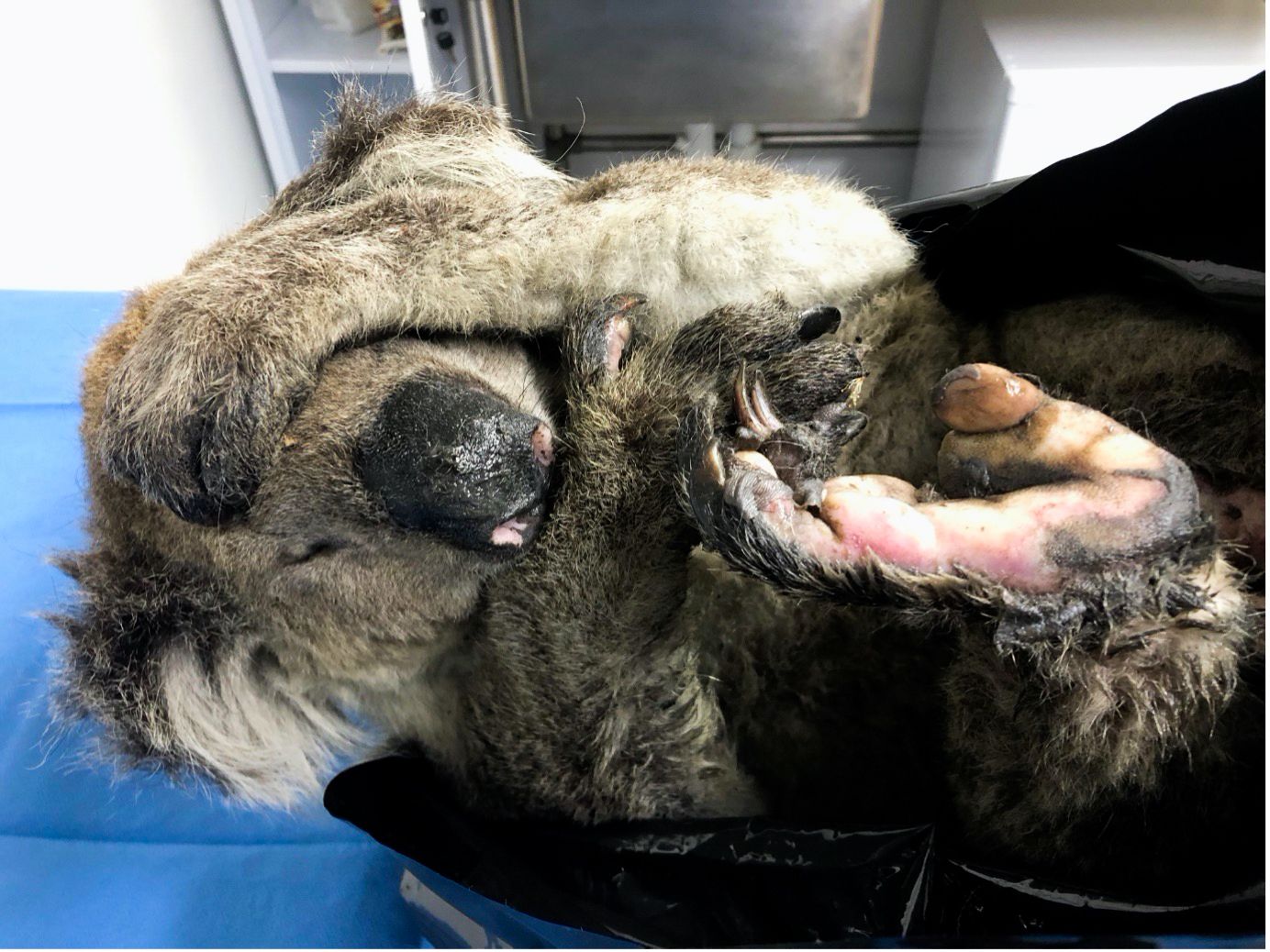 New information has also come to light showing that another koala rescued from near the smelter in 2020, suffered from paw injuries, including the loss of all several claws making it impossible for the animal to climb. Another burnt animal was also apparently found near the smelter in December 2016. 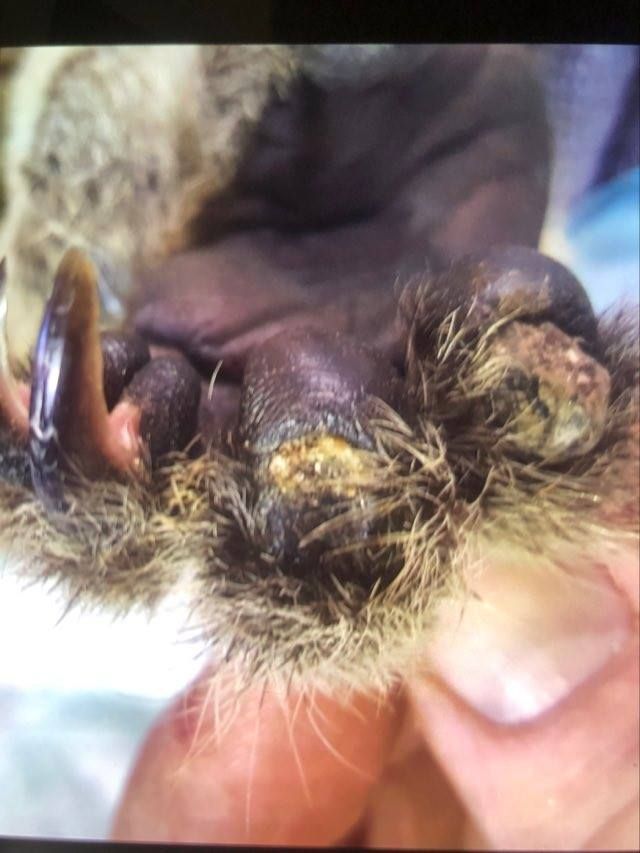 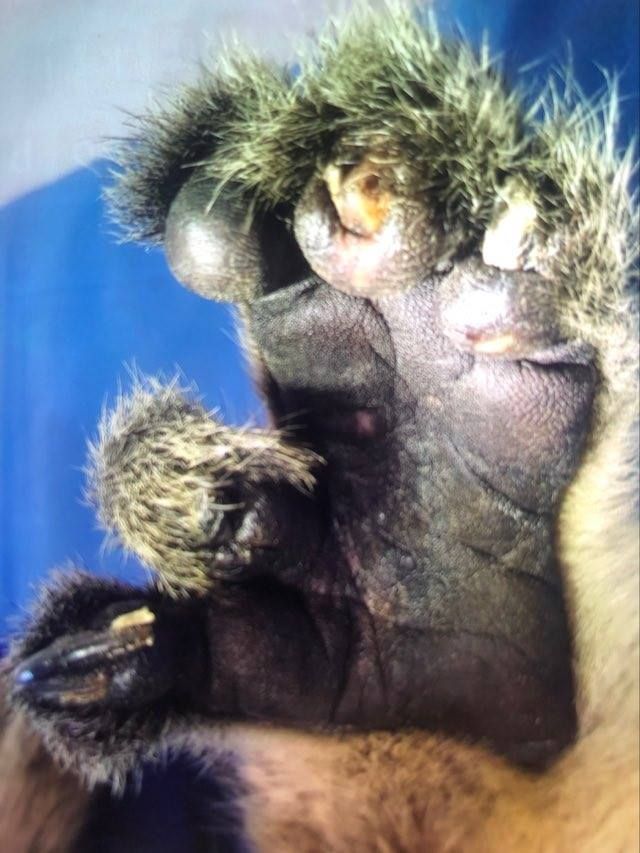 Missing claws from koala found near smelter in 2020

The animal carer who found the animal with the missing claws now feels that the animal may have been suffering from fluorosis, a disease that can cause skeletal abnormalities. But the carer also believes that the injuries could also have been caused by burns.

40 koalas also had to be euthanised near the smelter in 2020 due to poor health. They had been living in a 17ha bluegum plantation on Alcoa land located just south of the smelter. Anecdotal reports have suggested that koala numbers in the plantation may have been <7 per hectare. To put this into context, Victoria's only remnant koala population in the Strzelecki Ranges has an estimated density of 0.09 per hectare. 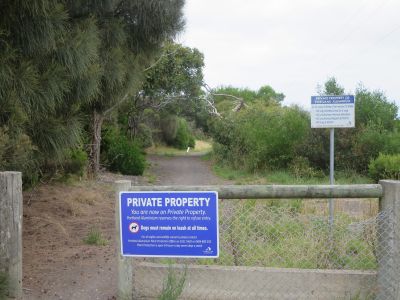 Entry to Alcoa plantation, just north of the smelter

In summary, whilst FoE supports Alcoa initiatives to resolve ongoing koala management and welfare issues at the Portland aluminium smelter, it is disappointing that it has taken the company so long to act on these measures.

The other issue which Portland residents are making, if animals are suffering from the impacts of smelter emissions, what about workers at the smelter and residents of the town itself?

You can help support FoE's ongoing koala work by donating to our koala collective at FoE Melbourne.