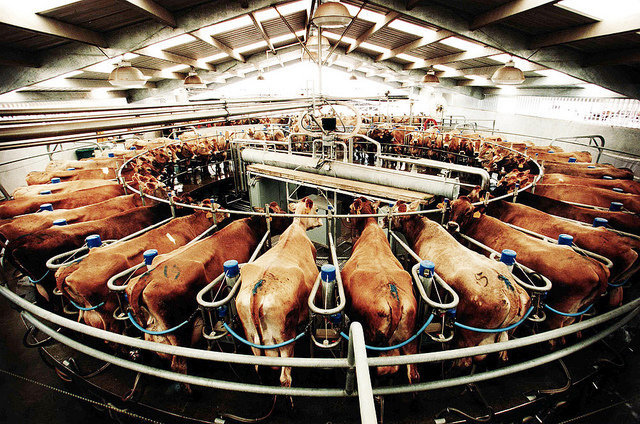 Proposed changes in gene technology regulations could make Australia the first country in the world to allow new genetic modification (GM) techniques to be used in animals with no regulation. The new techniques, which include CRISPR (clustered regularly interspaced short palindromic repeats), are collectively referred to as gene editing. Scientists are using these techniques to develop disease-resistant animals that can be housed in intensive conditions without getting sick.

The Australian government claims that when these techniques are used to make small changes to genes they pose the same risk as natural mutations and therefore shouldn't be regulated. Prominent genetic engineers disagree ‒ with over 60 international scientists signing a statement calling for these techniques to be strictly regulated as GMOs.

According to Dr Michael Antoniou, a genetic engineer and Head of the Gene Expression and Therapy group at King's College London: "[T]he science is clear. These new genetic engineering techniques pose very similar risks to older techniques and need to be assessed for safety before being used in our food."

Australia's approach sits in stark contrast with New Zealand's. The New Zealand government has stated it will regulate these techniques as GM – largely because of concerns over exports to sensitive markets such as Europe and China.

The US Food and Drug Administration is also proposing to regulate gene-edited animals.

Take action: Stop the government from shredding the rules on GMOs. Please email the Assistant Minister for Health, Bridget McKenzie, and ask her to urgently intervene to ensure that these new GM techniques are assessed for safety before being used in our food and our environment: http://gmfree.org.au

Louise Sales is the coordinator of Friends of the Earth's Emerging Tech Project.