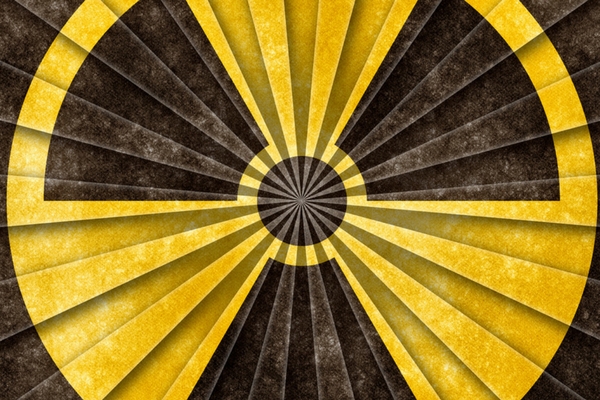 Once again, the world finds itself in a dangerous place as one mad-man explodes increasingly powerful nuclear weapons and another mad-man threatens North Korea with "fire, fury and frankly power the likes of which this world has never seen before."

There appears to be no solution to the North Korean problem. Diplomacy, threats and sanctions have not been effective. Military intervention would likely result in the slaughter of hundreds of thousands of people on both sides of the 38th parallel ‒ with or without the use of nuclear weapons.

Australia isn't to blame for the dangerous and escalating situation in North Korea but it's worth reflecting on how we ‒ or more to the point, how successive governments ‒ have made the world a more dangerous place.

According to the World Nuclear Association, from the 1950s until the 1970s, Australia's uranium was "primarily intended for US and UK weapons programs". Although we no longer supply uranium for weapons production, Australia does contribute to proliferation risks.

Australia is the third ranked supplier of uranium in the world after Kazakhstan and Canada, and has 24 agreements allowing exports to 42 countries, and Taiwan as well. In 2016, Australia exported 7,679 tonnes of uranium, enough to power about 40 nuclear power reactors.

The federal government trumpets the fact that Australia holds the largest share of "reasonably assured" uranium resources in the world. The government claims that the combination of Australia's large uranium resources and its reputation as a reliable, long-term supplier makes it an ideal industry to expand. But despite the efforts of successive governments, the uranium industry in Australia is shrinking - only two mines are operating (Olympic Dam and Beverley Four Mile in SA) while at Ranger in the NT, mining has stopped but stockpiles of ore are being processed.

The question is why, in this dangerous time of increased tension over nuclear weaponry, are both major parties hell-bent on expanding the uranium mining and export industry? The industry contributes next to nothing to the national economy - one quarter of one percent of national export revenue over the past decade, and an even tinier contribution to employment. Given that the industry makes a negligible contribution to the economy, and brings with it a set of risks and problems, a case can be made for getting out of the industry altogether.

Another perspective is that if Australia continues to be involved in the uranium industry, we have an obligation to lift global standards. According to the federal government, Australia sells uranium only to countries with which Australia has a nuclear cooperation agreement, countries that are committed to peaceful uses of nuclear energy, and countries that are open to safeguards inspections by the International Atomic Energy Agency (IAEA).

Australia has uranium export agreements in place with all of the five 'declared' nuclear weapons states - the US, Russia, China, France and the UK - although none of these countries take seriously their obligations under the Nuclear Non-Proliferation-Treaty to pursue nuclear disarmament.

IAEA safeguards inspections in the declared weapons states are voluntary and, in general, tokenistic. We might insist on proper safeguarding of Australian uranium and its by-products in weapons states, and also insist on serious engagement with international disarmament initiatives and obligations as a condition of uranium sales.

But the Australian government is pushing in the other direction. Australia, along with the weapons states, boycotted recent negotiations on a Treaty on the Prohibition of Nuclear Weapons, adopted by the United Nations in early July.

Federal Parliament's treaties committee recommended that uranium exports to Russia should be prohibited unless and until IAEA safeguards inspections could provide some confidence that uranium will remain in peaceful use ‒ but both the major parties rejected that common-sense recommendation. As a result, uranium has been exported to Russia despite the fact that safeguards inspections in that country are close to non-existent.

Parliament's treaties committee also recommended against uranium sales to India unless and until India clearly separates its civil and military nuclear programs, but once again the major parties rejected that common-sense recommendation.

And while there's little that Australia can do to de-escalate that situation in North Korea, there is much that could be done to de-escalate broader nuclear proliferation tensions in north-east Asia.

In particular, the pursuit of reprocessing technology by Japan, South Korea and China clearly escalates regional tensions as it involves plutonium separation and thus provides a direct pathway to nuclear weapons feedstock.

Australia could make it clear that Australia will no longer supply uranium to South Korea unless it abandons its attempts to develop reprocessing technology.

And Australia could encourage China to abandon its plans for a large, unnecessary reprocessing plant, and make it clear that permission to reprocess Australian-origin nuclear materials in any such reprocessing plant will not be forthcoming.

Instead, Australia has fallen into the trap of bending over backwards to support its allies on an international scale, and subordinating non-proliferation objectives to the commercial interests of the (mostly foreign-owned) uranium companies operating in Australia.

The irony is that as one of the top uranium suppliers, we have power to rewrite the script. But successive governments tend to prioritise political expediency and corporate profits over the moral high ground.

Australia's uranium industry contributes to proliferation risks and tensions, and contributes next-to-nothing to the national economy. Hence, a strong case can be made to get out of the industry altogether.

This article originally appeared on Online Opinion on 6 September 2017