The climate change strike: from a student who was there 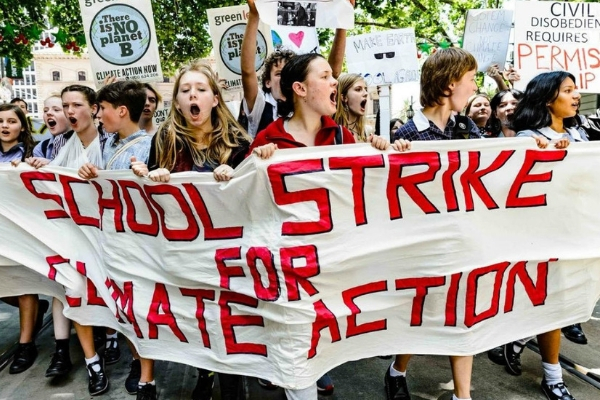 So here's me (below), amid a crowd of fired up adolescents and children, facing what could be the downfall of everything we've ever known; climate change. 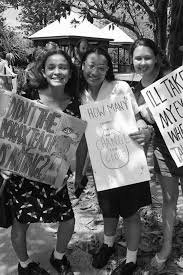 The climate strike was a worldwide event that was held in over 100 countries, and in 2000 locations. The movement gained massive crowds in 2018, after Greta Thunberg, a Swedish 16-year-old, inspired many in her profound speech at the UN Climate Change Conference, stating she's learned that you are never too small to make a difference.

The students I marched with felt it was important to adopt the same hunger for change by not attending school for one day, to march and protest with fellow community members instead.

Many of us faced disappointment and frustration from teachers, politicians and administrators for taking the day off school.

Yet, we all felt it was important to recognise that our planet is far more important than any grade. This made the issue far more political and rebellious than it has been in the past, but many students said although they don't want it to be a political statement and more of a human rights movement, they feel there is no other choice.

On this steaming hot day, we heard speeches from different environmentalists and carers of the land, followed by chants and songs to liberate the crowd. We then walked down to the beach, signs in hand and made a formation spelling out "SOS" on the sand. This was recorded on drones and shared over various news channels that night.

Being one of the protestors I can say it was quite simply more powerful and inspiring than any day I've ever had at school! I think I learned so much about our roles and rights as citizens in a free society and about our obligations in a democracy by being involved. Education is about more than marks.

Although the climate strike is not about one particular event or scenario, encapsulating many different situations worldwide, the climate strike event I attended (on Queensland's Sunshine Coast) was heavily focused on a potential local horror, the Adani mine.

This issue further engaged the marchers as it is something most people are heavily against and would hate to see go through. It gave just one example of what appalling projects our politicians are allowing to proceed in the face of clear evidence of climate change and its impacts, even at the expense of places like the Great Barrier Reef, an Australian treasure and a world wonder.

As Shellie Joseph, one of the organisers of the Sunshine Coast strike stated "no one is benefiting from this," meaning the Adani mine has no winners. And we reckoned she couldn't be more right. The Adani mine would destroy our economy, reputation and most importantly, ruin the lives of everyday Australians and their resources and climate.

I feel very grateful I was able to be a part of such an amazing movement, surrounded by people who are all passionate about caring for this planet we are so lucky to inhabit.

To be one of them and part of a worldwide movement was the best lesson. I realised that together we can make an impact, as Thunberg preached, "the real power belongs to the people."

Aceda Rose, 15, is a Sunshine Coast school student and author.