Climate migration: No dignity in inaction 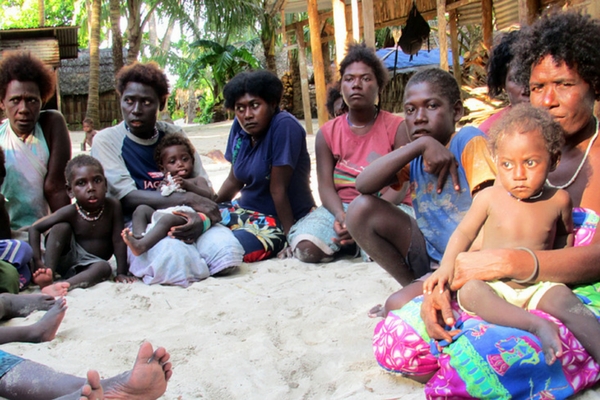 Environmental migration is not a new phenomenon. Humans have moved to adapt to the seasons, to find new resources, because of drought, soil erosion, or major natural catastrophies. But because of climate change, there are some new aspects about this  migration, not only the scale at which they are expected to be experienced, but also the origin of the natural hazards that force people to flee their homes.

It is now widely accepted among the scientific community that climate change and resulting environmental degradation are driven by human activities, especially industrialisation and the over-exploitation of resources generating excessive greenhouse gas emissions.

The reality of climate change migration has gradually been acknowledged at the highest levels. Anote Tong, former president of Kiribati, has played a prominent role in this recognition by putting the anticipation of future migration at the forefront of his political agenda, and by promoting the idea of “migration with dignity”.

The issue is now recognised as one of concern by international organisations such as the UN and the World Bank. Many research programs have been launched and some interesting reports have already been published. Among others, the International Organisation for Migration set up an Environmental Migration Portal which consists of a “knowledge platform on people on the move in a changing climate”[1]. The organisation also worked with the European Union who financed the project Migration, Environment and Climate Change: Evidence for Policy. Focusing on six pilot countries, including Papua New Guinea, the project started in January 2014 and finished in March 2017. Its aim was to explore how migration can be conceived as an adaptation strategy to
address environmental and climate changes[2].

However, migration in some circumstances goes much further than only adaptation, and its inclusion in the set of “adaptive measures” promoted by international bodies is questionable. The relocation of a community to a completely new geographical and cultural area is extremely challenging for the moving population as well as for the hosting one, and the challenges involved turn migration into something much more radical than simple adaptation. It is about building a new model while maintaining a community at the same time.

Friends of the Earth Australia affiliate Tulele Peisa, a relocation program from the Carteret Islands to mainland Bougainville, has had to negotiate land, build relationship with host communities, train families to grow new crops, and find funds to finance the building of houses. These processes are made even more complicated for community-based projects such as Tulele Peisa, as they find it difficult to access funding from big intergovernmental organisations and other multilateral funding sources that tend to go through governments.

Other international research projects on the topic have been undertaken. The Nansen Initiative focusing on disaster-induced, cross-border displacement was launched in 2012 by Switzerland and Norway to build consensus on a ‘Protection Agenda’ addressing the needs of people displaced across borders in the context of disaster and climate change[3]. This was achieved through various regional consultations and civil society meetings, one of them in the Pacific. The Protection Agenda was finally endorsed by 109 government delegations, Australia being one of them, during a global intergovernmental consultation in October 2015 in Geneva. It calls for the integration of effective practices by states and (sub-) regional organisations into their own normative frameworks rather than a new binding international convention.

Considering that the Pacific region is composed of island states, dealing with cross-border migration is particularly challenging. There are no bordering countries to islands, and movement will only be enabled through the provision of visas and other intergovernmental agreements. The Nansen Initiative Protection Agenda promotes such pathways for people forced to move, and the Initiative has been followed up by the creation of a Platform on Disaster Displacement focusing on the implementation of this Agenda.

Ongoing recognition of the issue in the academic domain and international political arena is crucial. Alongside the programs previously mentioned, a research structure was also created in Liège (Belgium) in 2016, the Hugo Observatory, dedicated specifically to the study of environmental changes and migration. A Global Compact for Migration (without a unique focus on climate migration) is expected to be adopted at an intergovernmental conference on international migration in 2018. These initiatives enable the development of a knowledge base as well as legitimising claims relating to climate-induced migration. However, these approaches remain theoretical, and all these research programs hardly translate into concrete solutions and action plans. While some of them may call for these, the underlying issue of political will remains to be addressed.

Another approach to climate migration, that might be more successful in terms of its capacity to offer pathways for people willing to move before a critical stage has been reached, is the framing of the issue in terms of labour migration rather than community relocation. Migration is promoted as an economic opportunity for both the host state and the migrant’s community of origin. This approach relies on the idea that “large scale community relocation due to either chronic or sudden onset hazards is and continues to be an unlikely response” [4]. Another framework is therefore proposed, relying on the promotion of labour migration, enabling people to migrate temporarily and send money back home. One specific report has been issued by the World Bank with regard to the situation in the Pacific, promoting the opening of New Zealand and Australia’s borders to Pacific Islanders, and advocating for the development of more programs in Australia like the Seasonal Worker Program [5].

However, that kind of solution raises certain questions. The Seasonal Worker Program set up in Australia does not provide long-term migration solutions. It only enables workers to come without their family for 6–9 months depending on the country they are from, with the obligation to go back for at least five months to their home country. This is a way for Australia to compensate for its labour shortages and to bring relatively cheap labour to work on its farms. These workers are particularly vulnerable to abuses as they are cut off from any community support. An article was recently published in The Guardian denouncing the conditions in which they are treated and suggesting a parallel with the old practice of blackbirding. which consisted of the kidnapping of Pacific islanders, shipped away to work in Australia, mainly in Queensland’s sugar cane plantations [6].

In general, labour migration, as promoted by the World Bank and other international organisations such as the International Labour Organisation [7] or the United Nations Development Programme, relies on the dominant global model of development and growth without offering any real alternative or mitigation measures to climate change. On the contrary, it promotes the integration of new communities into the market economy and the system that is provoking environmental degradation. This benefits industrialised countries’ economies, while at the same time slowly breaking the ties between the migrants and their homeland and self-sufficiency.

Another questionable trend is the tendency to frame climate-induced migration as a national security issue, threatening the stability and population of destination countries. This is well illustrated with discourses revolving around the idea of climate change as a threat multiplier and the inclusion of migrations into reflections on the notion of national security. It is quite symptomatic that under the Trump administration, the body that seems to remain the most open when it comes to discussions about climate change is the Department of Defense [8]. The issue of migration is mostly framed as a problem, and rather than offering real solutions to the communities affected by climate change, and anticipating that they will have to move, the focus tends to be on preparing for potential future conflicts due to these movements.

Climate migration is an incredibly complicated issue and no miracle solution has been found yet. However, Australia has a specific role to play, not only by tackling the root causes of climate change through the reduction of its own environmental impact, but also through the provision of solutions to those needing a proactive response when they are compelled to move. As a country that boasts about its good relationship with its Pacific neighbours and its involvement in the Pacific region, Australia could be at the forefront of an ambitious and innovative policy through the opening of its borders to Pacific islanders forced to move because of climate change. Most of them actually don’t want to move to Australia, and the majority of climate migrations will occur within national borders. But the Pacific area is particularly vulnerable to sea level rise, and it has already been recognised that some countries – Kiribati, Tuvalu and the Marshall Islands – are highly likely to be completely submerged even if drastic greenhouse gas emission reductions are made in the near future.

Ranking as the third worst country in the world in term of ecological footprint per capita, after Luxemburg and Qatar and before the United States [9], Australia has a responsibility to offer solutions to those of its neighbours who are victim of its excesses. This necessity for Australia to provide safe migration pathways to Pacific Islanders is not a new idea – it has been supported by Australian think tanks such as the Lowy Institute and Menzies Research Centre, and the Labor Party itself issued a document on the issue in 2006.10 It is now time to reactivate the idea in the political arena.

Léa Vavasseur is a Masters student in Sustainable Development at Sciences po Lille (France). She recently completed a two months internship with Climate Frontlines, Friends of the Earth Brisbane.