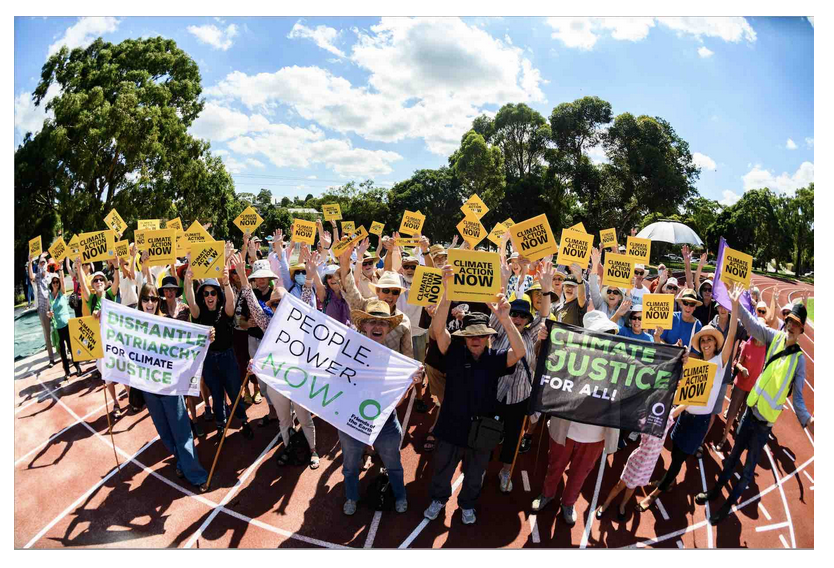 This was the climate election we really needed. Although the mainstream media debate largely focused on issues like the cost of living, there was clearly a deep desire in the community to see the parties commit to meaningful action on climate change.

The ALP have ousted the federal Coalition, and one of the first statements from the new PM Anthony Albanese was that his party would act decisively on climate change.

A wave of community based climate independents have been elected on a strong platform of climate action, gender equality, integrity in government, and tackling corruption.

The Greens had their best ever showing, with new politicians elected and a commitment from leader Adam Bandt to pressure the new government to set a hard deadline for an Australian phase out of coal.

After years of hard work, trying to encourage a hostile Coalition to act on climate and environment, suddenly the path forward is open.

FoE worked with community groups in electorates like Chisholm and Higgins to put climate firmly on the agenda on election day and we know the depth of passion that exists in the community.

We will work with other environment groups and community and movement allies to push the new government to deliver all their climate and environment policies - and then do much more. We know that the ALP’s commitment to achieve 43% emission reductions by 2030 is miles ahead of the Coalition’s pitiful target of 26-28%. But we also know we can - and must - do so much more, with a target of 75% by 2030 being possible with political will. In analysis published prior to the election, think tank Climate Analytics found that the ALP’s emission reduction target was inconsistent with the Paris Agreement goal to limit global warming to 1.5 degrees, finding it was aligned with more than 2 degrees of warming. We know that 2 degrees will cause disastrous climate impacts.

As the ‘culture war’ on climate wanes, Australia is now ready and willing to get on with the transition to 100% renewables. It is the job of groups like FoE to push all parties to do more and move faster.

We know that, at its core, tackling climate change is an issue of justice. And so we will continue to focus on the need for a Fair and Just Transition for affected workers in the fossil fuel and forestry sectors as we move to the economy and technologies of the 21st century.

Like many Australians we feel immense relief that - finally - our country can now get on with serious climate action. We know there is much to do - from winning justice for First Nations people to rebuilding our links and trust with our neighbours in the Pacific. The coming months will see new campaign activity from us. We will keep you in the loop as plans develop. In the meantime, let’s enjoy this pivotal moment in our country’s history. As with all significant political wins, the change in Australia’s landscape happened because people got organised and stayed organised. In this spirit we will continue to push our country forward towards a fair and sustainable future.

A significant side note to the departure of the LNP as government is that their long war against green groups is over. There have seen multiple challenges to the charity status of various green groups, including Friends of the Earth, due to our advocacy since 2015.

Anyone who is paying attention knows how serious the situation is. We all know we don't have any more time to waste on inaction. But right now many of us feel hope. It feels like the tide is changing.