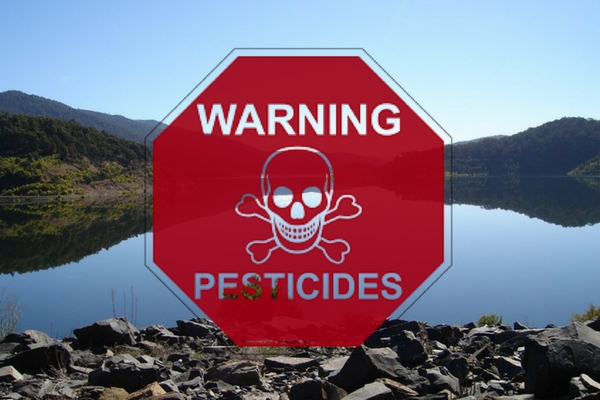 Several Freedom of Information requests over the past couple of months have confirmed that low level pesticide contamination of Victorian water supplies is commonplace.

Since last November FoE has sent FoI's to 5 water authorities. All but one, have confirmed widespread pesticide detections in their water supplies. The only one that has not recorded pesticide problems is Coliban Water (Bendigo and surrounds). This is because they are only testing for a handful of pesticides, some of which have not been used for decades. The other problem with Coliban Water is that the lab that does their tests is testing at levels too high to capture low level detections.


In comparison, most other water authorities have since 2012 incorporated new lab tests which screen for more pesticides and at levels much lower than the obsolete form of testing incorporated by Coliban Water. This means that for the first time, it is now possible to determine the range of pesticides coming down catchments and the levels. Prior to 2012, only one water authority, Barwon Water (Geelong) was using the more thorough methodology.


The new results have shown that in the Gippsland and South Gippsland regions, the herbicide Triclopyr is the most commonly detected pesticide. Triclopyr is widely used to kill blackberry's, with a fair portion of the spraying occurring along waterways. In the North East of the state the most commonly detected pesticides are Hexazinone, sprayed in pine plantations, MCPA and Atrazine used to kill broadleaved weeds. In the Goulburn River region, the biggest problems continue to be with the herbicides 2,4-D, Atrazine and Simazine. The small community of Girgarre (40km west of Shepparton) was drinking low levels of 2,4-D for three months in 2010. The other hotspot in the Goulburn region are towns sourcing water from Broken Creek, most notably, Numurkah, Nathalia and Wunghnu.

It is encouraging that water authorities have now incorporated new testing regimes, something which FoE has been recommended for years. It is also interesting to note that in a couple of discussions with water authorities, they mentioned that they already have copies of reports produced by Friends of the Earth, including the landmark report from September 2016, Pesticide in Australian Waterways, an Overview. Copies of this report was not openly distributed, so it would be interesting to know how they received copies.

Whilst you are here, please make a tax deductible donation. Friends of the Earth relies on donations from people like you to keep running campaigns for social and environmental justice.
Donate now
Pesticide Free Waterways