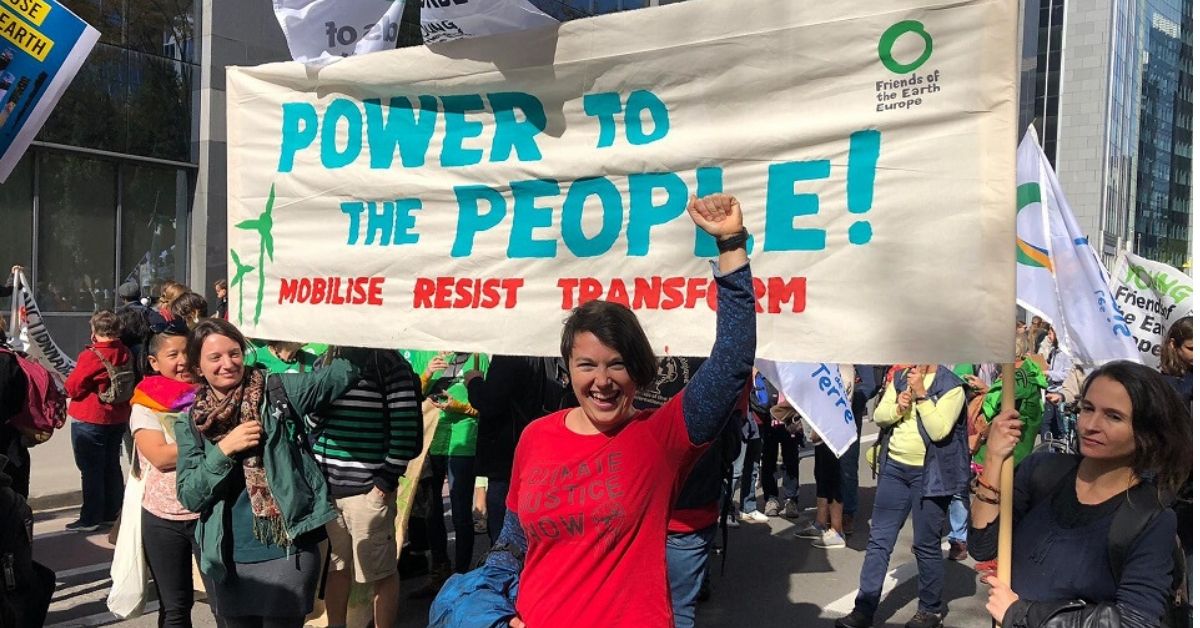 Friends of the Earth International verdict on COP25: Prospects for vulnerable communities in the global South look dire, as wealthy countries refuse to pay up for the climate damage they have caused and Northern governments and corporations push forward carbon trading.

The repression of peoples’ demands in Chile has been echoed by the silencing of civil society voices in a climate summit that has been out of touch with reality.

Australia played a key role as a blocker in the negotiations, aligning itself with nations like China and Brazil to slow action and limit ambition. As a wealthy nation with a large per capital carbon footprint, this attempt to sabotage the negotiations is deeply shameful. In Asia Pacific region, people are already suffering from the impacts of climate change. Communities across the world are being devastated.

Global emissions must be drastically and urgently reduced to limit further impacts, and rich nations, like Australia, must provide financial support to help affected nations respond to climate change and its impacts. With the profound failure of the Australian Morrison government to commit to meaningful action, the pressure builds on states and territories to increase their efforts to reduce carbon emissions.

“Just as we thought the slow pace and weak ambition shown at the climate talks couldn’t get worse, along comes COP25. Here, we have witnessed the gutting of the already weak Paris Agreement, with the advance of dodgy carbon trading that will only exacerbate the climate crisis and harm Southern communities. And we have seen a refusal by developed countries to pay up for loss and damage finance, while they try to introduce language that would remove their liability for the impacts their emissions have caused.

“We are furious that while so many are already suffering the impacts of climate change, corporations and rich country governments are working to destroy any hope of keeping global temperature rise below 1.5 degrees. And when we stood up in peaceful protest at COP25, we were aggressively suppressed.”

With the carbon ‘budget’ for 1.5 degrees pretty much exhausted, the chances of keeping the planet at a liveable temperature for all are on a knife’s edge. But still, the rich countries that created the climate crisis in the first place are using loopholes to evade emissions cuts rather than keeping fossil fuels in the ground.

The carbon markets agreement that could be pushed through at COP will not reduce emissions. It may even increase them, by allowing a flood of credits in from previous trading schemes and the double counting of reductions. Furthermore, carbon trading violates human rights, especially impacting Indigenous Peoples and global South communities whose lands and livelihoods are grabbed for offsets. Opposition is broad: 175 organisations have signed on to a petition opposing carbon markets.

The big polluters who are really set to gain from market mechanisms, like Shell, Chevron and BP, have been out in force at COP25.(1) Carbon markets will allow big polluters to wash themselves green while continuing business as usual for decades to come, sacrificing vulnerable communities on the way.

COP25 should also have delivered urgent support, including finance, for Southern countries already suffering loss and damage from climate breakdown. Instead, the response of Northern countries and elites everywhere is to sacrifice the global majority: the lives and livelihoods of the many to pay for the lifestyles of the few.

“The ‘ambition’ claimed by developed country governments is a false one. They are serving the interests of corporations aiming to profit from the crisis and secure capital accumulation. The voices of people defending the rights of Indigenous Peoples, women and Southern communities were aggressively pushed out of the COP in a clear attempt to silence them. But peoples - in Madrid, Santiago, and around the world - are rising up and will continue to fight for environmental, social, gender and economic justice and system change. We will continue to demand that governments be accountable to people, not to corporate polluters.”

Next year, COP26 takes place in Glasgow. Mary Church, from Friends of the Earth Scotland, said:

“The COP in Glasgow will be the fourth in a row to take place in the global North, putting additional barriers in the way of global South participation. In light of yesterday's election results we anticipate the continuation of the racist 'hostile environment' UK border controls. The UN must put pressure on the new UK government to ensure the voices of those most affected by the climate crisis are not silenced or excluded at COP26. UK oil and gas expansion plans are completely incompatible with any claims of climate leadership. We are well overdue paying our carbon debt. The COP in Glasgow will serve as a rallying cry for all who care about our planet and the fate of peoples all over the world. The eyes of the world will be on us. It is not too late to act."

(1) A recent report suggests that over the coming five years, the oil and gas sector intends to invest USD 1.4 trillion developing new oil and gas extraction, building on research showing that national governments plan to extract 120% more oil, gas and coal in 2030 than is possible if we are to keep temperature rise below 1.5°C.