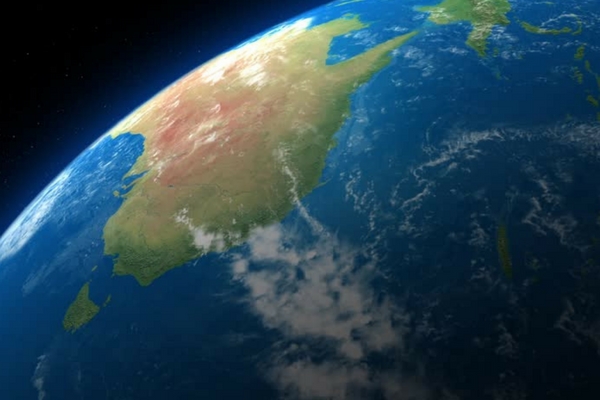 As part of its Climate Frontlines campaign, Friends of the Earth is proposing to mobilise Australian politicians around the promotion of solutions and safe pathways for climate migrants from the Pacific Island states.

We would like Australia to open its borders to Pacific Islanders who will have to move because of climate change. Most of the relocation programs will take place internally and most people don't want to come to Australia, but solutions should be offered in order for people to have a choice.

The solutions offered by Australia should be new migration pathways, but also assistance with intra-country evacuations and the provision of solutions at the local level.

We are proposing that this group would lobby for Australia to open up consideration of the issue and offer the opportunity for a discussion of options at the formal level of the Pacific Islands Forum, the context in which concrete solutions would have to be worked out.

There are some ideas for how this might happen being proposed by organisations seeking to address the challenge of climate migration. These include the recognition that a new legal framework will be needed – or at least a formal agreement – at international level. However, in responding to the challenge of climate migration, Australia is in a unique position in relation to the Pacific Islands, and could provide a test case of potential value in other contexts. Australia could – and should – take initiatives without waiting for international conventions or other agreements.

If it provides a solution in the Pacific, Australia would be recognised as providing a positive example. Presumably it would also enhance Australia's status in the Pacific Islands Forum.

There are many international research initiatives about the issue of climate migration at the moment: Nansen Initiative, Platform on Disaster Displacement, International Organisation for Migration, UNHCR, Global Compact for Migration, all focusing in a certain way on the issue. Australia could take a leading role in the reflection on these issues, but also in the development and application of solutions.

Australia has obligations under the UN Framework Convention on Climate Change (UNFCCC) to assist Pacific island countries to adapt to the impacts of climate change. Dealing with the issue at the level of the Pacific makes it possible to provide concrete action outcomes.

As part of the preparation for the UN COP23 climate conference in Bonn, under the leadership of Fiji, Pacific leaders considered economic aspects of the issue under the Loss and Damage mechanism of the UNFCCC. One of the ways they are doing this is by promoting insurance: it will cost Australia less to think now about long-term solutions, and progressive adaptation, rather than having to deal with a crisis when it is here.

Moreover, it has been shown that it is in the interest of Australia to welcome workers from the Pacific Island states, especially in a context of labour shortages. Labor mobility should be considered but with a longer-term perspective than seasonal worker programs, offering permanent residency and family reunion.

As is already happening in many places where climate change is devastating people's environment and livelihoods, the impacts of climate change in the Pacific have the potential for destabilising communities and generating conflict.

Australian communities must be prepared to host new populations and it is necessary to think about it beforehand. There are already a number of well-established organisations among the Pacific diaspora in Australia. It would be important to work with them.

Former initiatives to consider and build upon

"Our drowning neighbours – Labor's Policy Discussion Paper on Climate Change in the Pacific" (2006). Issued by Bob Sercombe and Anthony Albanese, this provided an ambitious policy for the Labor Party. Unfortunately, it was not endorsed after the ALP was elected in 2007. But there is potential to draw on that work, and try to update and reactivate the propositions that were made at that time. Could one of the ideas in the paper be reformulated in terms of a regional Pacific Climate Migration Alliance: to develop a common agenda for tackling climate migration at the regional level?

New Zealand Pacific Access visa. This allows a certain number of citizens from particular Pacific countries such as Fiji, Tuvalu, Tonga and Kiribati to be granted residence in New Zealand each year. The World Bank is advising Australia to put this kind of visa in place, even advocating for an Australia‒New Zealand Atoll Access visa.

Migration with dignity, Kiribati's policy. This initiative was promoted by former president Anote Tong, who also had his country buy land in Fiji. The policy focused on the idea of 'migration with dignity' which implies labour migration and training. Some examples of this are the training of seafarers to work on overseas shipping lines, Australia's Seasonal Worker Program, and the Australian funded Nurses Initiative.

Nansen Protection Agenda. Australia is a signatory to this document. It offers solutions at the national level rather than focusing on a new international convention, such as the creation of specific visas for people forced to move because of climate change and natural disasters. It focuses on Pacific Island states with no bordering countries, nowhere to go, no possibility to move without inter-state agreements.

These ideas have been tested with one sympathetic and encouraging federal senator. They are designed to evolve with time and in discussion with politicians. Any input enabling us to reinforce our arguments would be more than welcome! We also welcome suggestions of potentially "friendly" politicians to approach.

Wendy Flannery is a member of the Climate Frontlines collective at Friends of the Earth Brisbane.