Friends of the Earth has ongoing concerns regarding drinking water problems in the Northern Territory. A number of remote communities continue to source drinking water with high levels of substances such as E.coli, Sodium, Fluoride, Uranium, Nitrate, Selenium, Lead and Barium. 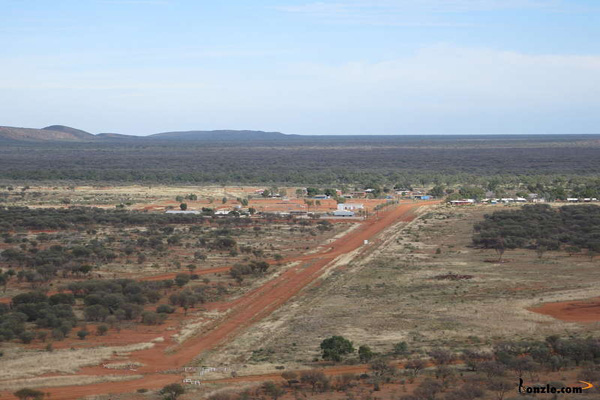 Friends of the Earth is currently working on a project researching drinking water issues from around Australia. The initial results of this work can be seen on the Australian Drinking Water Map

After collating information from the Northern Territory between the years 2003-17 from information provided by the Power and Water Corporation, it became evident that a number of unique issues confront remote communities in the Territory. Many of these communties are small, numbering only a couple of hundred people and often rely on bore water, which can be contaminated with minerals found in the local geology where the bore has been sunk. These communities also do not have the political power to lobby for safer drinking water, with Government often concentrating resources to larger population centers.

Eleven communities had levels of sodium above the Australian Drinking Water Guidelines (ADWG) at some stage during the 15 year period. Excessive levels of sodium can contribute to cardiovascular problems. Sodium levels were consistently above guideline levels at Daly Waters, Nturiya, Papunya and Tara.

Ten communities had levels of Uranium or Radiological substances above ADWG's during the time period. Laramba (Napperby), Willowra and Wilora had the highest levels of uranium consistently recorded, whilst Kings Canyon regarded the most breaches to the ADWG in terms of Radiological detections. Uranium in drinking water has been related to damage to kidneys and increases chances of cancer. Six of the ten highest uranium detections in Australia were detected at Laramba with the highest level recorded during 2016/17.

Fluoride was commonly found in drinking water at or above guideline levels in Tennant Creek, followed by Alpurrurulam (Lake Nash), Nyrippi, Warrabri (Ali Curung) and Timber Creek. Excessive amounts of fluoride can lead to dental and skeletal flurosis.

Excessive Nitrate levels were recorded in 5 communities, most notably Ti-Tree, Pmara Jutunta, Warrabri and Kintore. Nitrate above 50mg/L can be a problem for infants less than 3 years of age and can lead to methemoglobinemia, a condition making babies develop blue/grey skin and lethargic and irritable.

The mineral Selenium was commonly detected above guideline levels at Kings Canyon, Daly Waters and Mataranka. Antimony was regularly detected in the drinking water of Beswick above safe levels and Barium regularly detected at Gudabijin (Bulla). A level of Barium was detected at 500% above the ADWG at Bulla during 2016/17. This is the highest level recorded for Barium anywhere in Australia. Lead was recorded occasionally at levels above the ADWG in 4 communities most notably at Garawah, although one detection at Kaltukatjara (Docker River) exceeded guideline levels by 550%.

The ongoing PFAS contamination incident at Katherine went largely unreported during most of the reporting time, and could be regarded as one of the most significant drinking water pollution incidents confronting Territorians. PFAS contamination of drinking water has been reported across Australia, however the issue at Katherine appears to be the most serious and has probably been occurring for the past two decades. The long term health impacts of PFAS are extremely worrying.

Any help with this ongoing research gladly appreciated