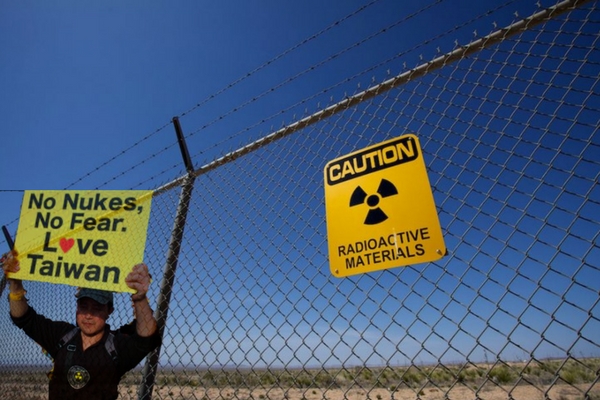 Dr Jim Green, national nuclear campaigner with Friends of the Earth Australia, said: "Taiwan's power utility Taipower states clearly and repeatedly that Taiwan will not pay for nuclear waste storage and disposal infrastructure in SA. Yet foreign investment in that infrastructure is central to the state Labor Government's plans. Preliminary and exploratory studies could cost up to $2.4 billion and Premier Jay Weatherill must now come clean on whether he intends to gamble billions of dollars of taxpayers' money on this project."

Dr Green continued: "Taiwan would not send nuclear waste to Australia unless and until a repository is built and operating. Yet the Final Report of the Royal Commission clearly states that unless nuclear waste is imported prior to the establishment of a repository, the project would not be profitable." [See p.300 of the Royal Commission's Final Report.]

"Taiwan will not send nuclear waste to Australia in the face of widespread public opposition. A clear majority of South Australians oppose the nuclear waste dump plan. A statewide consultation process found 53% opposition compared to just 31% support. A recent poll commissioned by the Sunday Mail found just 35% support. Two-thirds of the Citizen Jurors rejected the dump plan 'under any circumstances'. The Premier himself has acknowledged the 'overwhelming opposition of Aboriginal people'.

"South Australians opposed to the dump will be spoilt for choice at the March 2018 election with the Liberal Party, the Nick Xenophon Team and the SA Greens all opposed to the Labor Government's plan to turn SA into the world's high-level nuclear waste dump. The Premier should have the good sense to swallow his pride and to dump the dump before he puts the Labor Party in an unwinnable position leading up to the state election," Dr Green concluded.