Forest under threat and a free pass for illegal logging 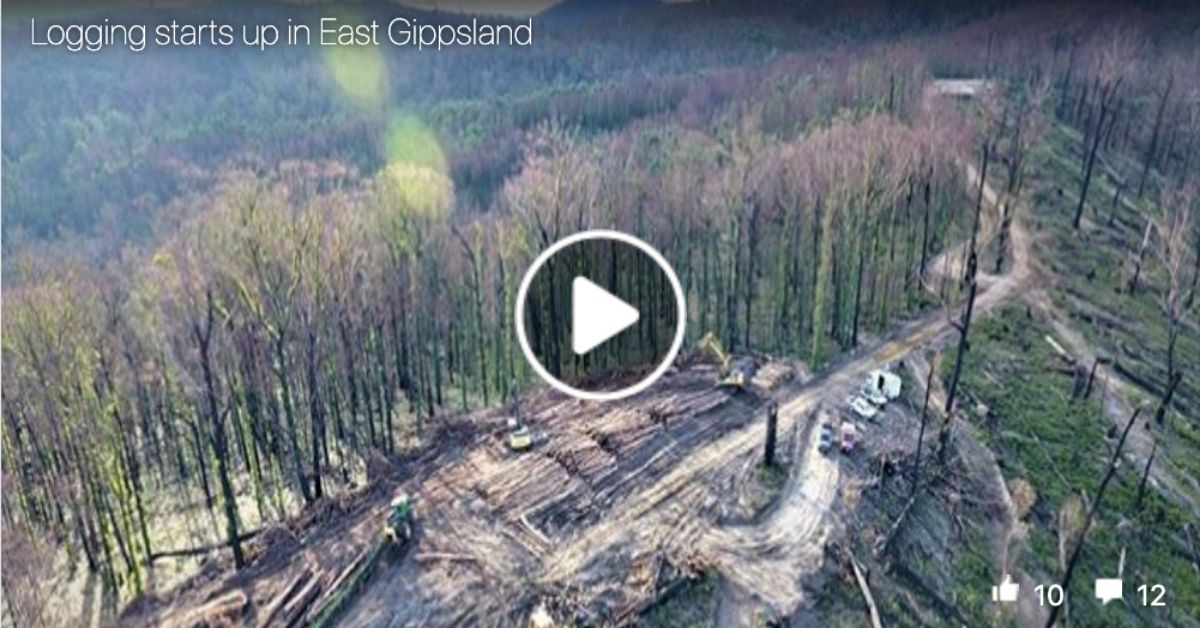 Forests that are recovering, and some of the last remaining habitat for threatened species like the Long-footed Potoroo, Powerful Owl, and Yellow-bellied Glider are being logged right now.

On top of this, last Friday government owned VicForests announced plans to add over 100 coupes to their East Gippsland logging schedule.

The shocking footage reveals the devastating impacts of the logging ramping up in East Gippsland. While we're in lock down, the government is locking in more forest destruction.

Thousands of hectares of forest in and outside the fire extent is being scheduled to get the chop. The government is ignoring the science about the devastating impacts of salvage logging and recklessly approving the destruction of some of the last remaining green unburnt forests.

All this to prop up an industry that can't meet their supply commitments without logging outside the law.

The Victorian government has also announced plans to weaken the Code of Practice for Timber Production or ‘the Code’ to give illegal logging a free pass. VicForests was recently slammed in a federal court judgement which found they're in breach of the law. The Andrews government has responded by planning to change the laws, instead of shutting down their corrupt logging agency.

Meanwhile the Environment Department consistently fails to regulate VicForests. Now we've got a rogue logging company unlawfully running amuck in Victoria’s forests. Plans to gut the only parts of the code which are enforceable are an outrageous response to the courts finding.

The only way the government can meet their unsustainable wood chip commitments till 2030 is to log outside the law. This is just another sign that the industry needs to be transitioned now, not in ten years’ time.

The government should be making protections for threatened species stronger, not trying to find ways to give themselves a get out of jail free card.

The government has so far taken zero responsibility for the findings of the federal court that logging across the state is in breach of law. They're ignoring calls from Traditional Owner’s and community groups to halt logging, and going into extremely vulnerable forests and wildlife terribly impacted by the fires.

The calls for the end of this industry are getting louder and louder. Please take action and support the many grass-roots community groups from across Victoria taking a stand against the logging.