“There is little recent published information on water quality in the rivers of the Gippsland Lakes catchment. Although data may be collected through a range of routine monitoring programs, it has not been consolidated or analysed. This provides little information on water quality trends in these river systems. The small amount of published information is related only to salinity, water clarity and total nutrient concentrations. There is no information on nutrient dynamics, and very little on toxicants in rivers and streams.” EPA Victoria. Gippsland Lakes and catchment literature review Report Publication 1585 February 2015.

Ross Scott has been intimately involved in water quality issues for decades. His main focus over the past decade or more has been the long term future of the Gippsland Lakes, Australia’s largest inland network of waterways which cover an area of 354 square kilometres. The Gippsland Lakes contain unique lakes, lagoons and marshes a large portion of which are listed under RAMSAR (The Convention on Wetlands, known as the Ramsar Convention, is an intergovernmental environmental treaty established in 1971 by UNESCO, which came into force in 1975).

His latest endeavour has been to determine what monitoring is actually being done in waterways that drain into the Gippsland Lakes. Ross has been concerned for some time about the increased salinisation of the lakes, which has essentially turned a unique freshwater ecosystem, marine. The major reason for this has been deep dredging at Lakes Entrance in recent years, which has allowed vast quantities of salt water to enter the lakes. 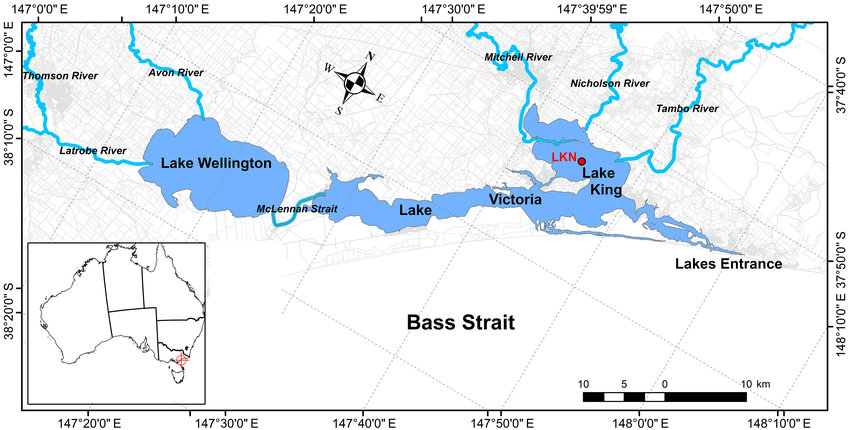 Equally concerning has been the deteriorating water quality in rivers across the Gippsland Lakes catchment. About 15 years ago Ross and Dr Peter Fisher started exploring the issue of pharmaceuticals entering waterways from the Macalister Irrigation District (MID) (the largest irrigation area south of the Great Dividing Range covering 53,000ha) and published a scientific paper on the issue. (Fisher and Scott, 2008, ‘Evaluating and controlling pharmaceutical emissions from dairy farms’, Journal of Cleaner Production 16, 1437–1446)

Ross set up the Lake Wellington Rivers Authority in 1995. The Authority managed 300 named waterways in West Gippsland and Ross eventually became waterway manager for Gippsland. This experience gave him a vast knowledge of the region and a unique perspective on water quality.

Concerns about water quality testing on the Lakes catchment were triggered when Ross realized that the continuous Water Quality (W.Q.) Station that he had been responsible for installing in the lower Latrobe River, was not being used by Southern Rural Water (SRW) for its intended purpose.  Recently, it has not been used at all, due in part because of the current salt water wedge intrusion into Latrobe River. This means no one has any real data on what wastes are being discharged from West Gippsland into Lake Wellington and what is the quality of water going into Lake Wellington. (a similar lack of data is also occurring for waterways entering Lake King which includes the catchments of the Mitchell, Nicholson and Tambo Rivers). 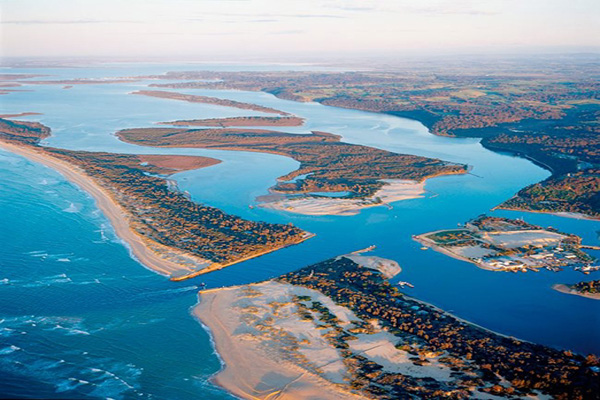 Ross’s recent investigations regarding the range of WQ tests, and their locations, involved discussions with the Department of Environment, Land, Water and Planning (DELWP); West Gippsland Catchment Management Authority (WGCMA) and the Environment Protection Authority (EPA). Ross rapidly concluded that there was limited coordination between these departments; and that Southern Rural Water (SRW), the main player in water management and monitoring of nutrients into the lake’s catchment and the Macalister Irrigation District (MID), appeared to operate independently. As of June 2019, Ross has not been able to access any of the SRW WQ reports; or in fact any reports that would guide managers in lake's overall management.

The report stated, “Achieving water quality and nutrient load objectives would be a major step towards the rehabilitation of the lakes”

The report concluded that Phosphorus was the ‘limiting nutrient’ in inland waters, and that it was the key nutrient leading to algal blooms. (Note: At the time the EPA published the report, Lake Wellington was still fresh/brackish).

In 2019 Ross targeted his concerns onto the main WQ monitoring sites in the lower Latrobe and Thomson rivers; and in March 2019 contacted WGCMA with the following information:

“The monitoring that I have investigated to date is simplistic, and does not cover nutrients, endocrine disrupters and heavy metals. The process appears designed to give the illusion of gathering management tools; whilst doing the opposite”.

Ross then added; “It is possible that I have this situation all wrong; and I will gladly be corrected”. To date Ross has not been corrected.

As already mentioned, Ross is well aware of the water quality issues relating to the Macalister Irrigation District.

This regulation appears in conflict with MID management plans designed, to acknowledge, and limit farm waste discharges to the lakes?

“SRW run a MID phosphorus load monitoring program; and that we are currently expecting this to include Nitrogen.”

Lake Wellington and the lake chain have been converted to marine as a direct result of the 2008 dredged deeper entrance. It appears that Nitrogen is now the limiting nutrient and not Phosphorus; but SRW is not testing for it.

The current WQ Monitoring and Testing programs of the Gippsland Lakes Catchment waters obviously needs to be investigated. The present uncoordinated system gives the illusion of a practical working tool; whilst it is not possible to identify and quantify pollutants entering Lake Wellington and the Gippsland Lake chain.

The lake’s ecology is also currently being impacted by the increased extraction of water from lakes’ feeder streams. The impact of this over-harvesting is further compounded by both State and Federal governments financing the construction of winter fill dams for irrigation.