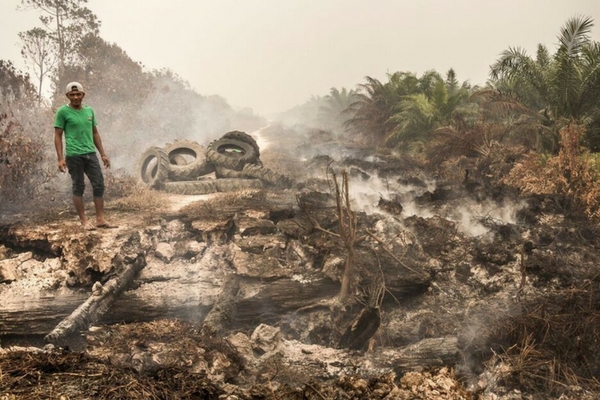 Paris, France / Jakarta, Indonesia, December 8, 2015 – Global palm oil companies Wilmar International and Bumitama Agri, backed by major U.S. and European investors, have created conditions that have allowed Indonesia’s recent devastating forest fires to burn out of control, according to a report released today by Friends of the Earth groups in Indonesia, Europe and the US.

With civil society organizations, governments and corporations gathered in Paris this week for the UN climate talks, the Friends of the Earth groups argue that the voluntary policies of corporate actors and their financiers are failing to prevent the huge climate impacts of industrial palm oil expansion.

Massive fires and haze caused enormous health and environmental problems in Indonesia and neighboring countries between August and October, 2015. On certain days emissions from the fires alone soared to almost 97% if the Indonesia’s total emissions. Most of the fires were set deliberately to clear land for timber, pulp and palm oil plantations.

The report, Up in Smoke: Failure’s in Wilmar’s promise to clean up the palm oil business, examines the role played by two palm oil companies, Bumitama Agri and Wilmar International, in creating conditions that allowed the fires to burn out of control across thousands of hectares of ecologically sensitive land in Central Kalimantan. Using satellite maps, field investigations, and financial markets research, the report also details failures in the implementation of Indonesia’s national moratorium on peatland development, and argues that major U.S. and European investors are complicit in creating the conditions that led to the fires.

Arie Rompas, director of Walhi/Friends of the Earth Central Kalimantan, said “The fires of 2015 caused enormous health and environmental problems in Indonesia -- and they were no accident. Out of control development of palm oil plantations was the cause of most fires in Central Kalimantan, and the companies are directly responsible. We need urgent action by our leaders to make these companies pay for the damage, and to prevent this from happening ever again.”

The Indonesian government has made strong declarations and issued presidential decrees to prevent future forest fires and promote restoration of affected areas; but government bodies have repeatedly enabled palm oil companies to expand into fragile ecosystems, the report shows. 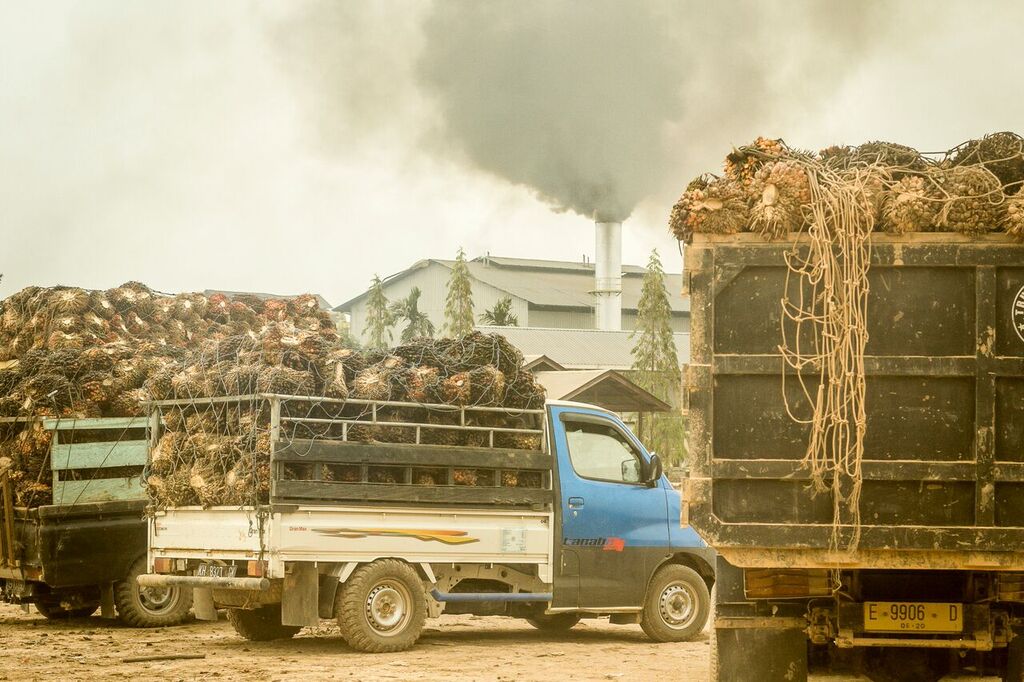 Both companies, as well as many of the consumer companies that purchase their palm oil and the financiers that capitalize them, have sustainability policies in place which are supposed to prevent destruction of environmentally sensitive lands.

“Corporate pledges of social responsibility have failed to prevent one of the worst climate disasters of 2015,” said Jeff Conant, senior international forest campaigner with Friends of the Earth U.S. “We call on the governments of Indonesia, the EU and the U.S. to implement strong and binding laws to prevent disasters like this from ever happening again.”

Anne van Schaik, campaigner at Friends of the Earth Europe, said “Banks and pension funds in the UK, Netherlands, France and the United States are providing direct financing to Bumitama and Wilmar -- despite many of them having publicly committed to Environmental, Social and Governance criteria that should prevent their financing such destructive activities. This report shows yet again that the Indonesian palm oil sector continues to be a high risk environment, as voluntary corporate commitments all-too-easily go up in smoke.”

Read the SUMMARY of the report, Up in Smoke: Failures in Wilmar’s promise to clean up the palm oil business.
https://www.foeeurope.org/sites/default/files/corporate_accountability/2015/foee_wilmar_exec_sum_0.pdf

Read the FULL REPORT, Up in Smoke: Failures in Wilmar’s promise to clean up the palm oil business.
https://www.foeeurope.org/sites/default/files/corporate_accountability/2015/07_foee_wilmar_report_mr_0_0.pdf