How can we transition the fossil gas industry? 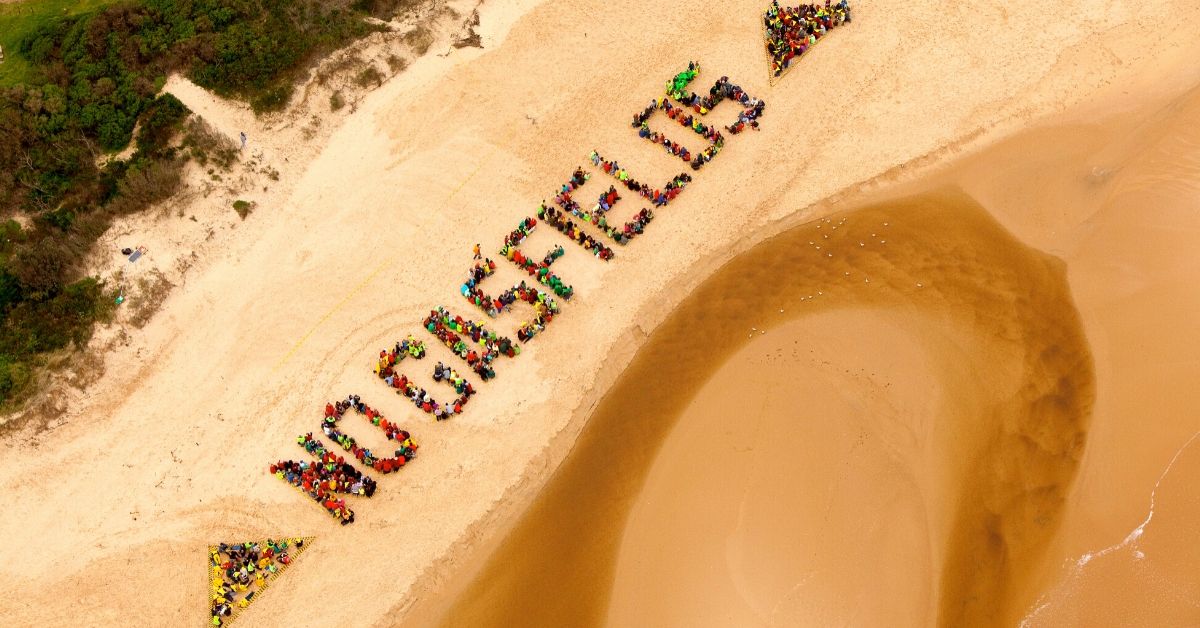 Jim Crosthwaite – With an unpredictable climate already upon us, achieving net zero emissions by 2050 is not enough. Half the world's emissions have been emitted in the past 30 years, and that "to keep warming below 2 degrees Celsius, about four-fifths of the known fossil fuel reserves must not be dug up and burned" (Aronoff et al. p.37).

This is arguably allowing too much. Net zero emissions allows for any given level of fossil fuel production to be compensated by an equivalent drawdown of atmospheric CO2e through growing trees, planting kelp forests or building up soil carbon. Such measures should be undertaken in their own right, not as offsets that allow emissions from fossil fuels to continue.

The gas industry in Australia is expanding as evidenced by booming exports of liquid natural gas (LNG) to Asia, new fracking fields and new pipeline connections. Gas prices in Australia have risen dramatically from below $4 to over $8 per gigajoule as big corporations play the international and domestic markets, leading to pressure on firms using gas and vulnerable households. Years of alarmist talk of shortages and political pressure has led Victoria into unnecessarily lifting its moratorium on gas exploration. Yes, winter shortages are likely in Victoria by 2025, but not if demand for gas is dramatically reduced.

Reducing current gas use has received less attention than stopping new gas projects or closing coal-fired power stations. Arguably gas is more deeply embedded into the social and economic fabric of Australia than coal. It may be less visible. There are big challenges to a rapid transition away from fossil gas. Understanding the industry, its customers and the people who work in it is a start.

Over six million households burn gas to cook food, heat water and warm living areas. Two million of these homes are in Victoria, and together these homes have 4.9 million appliances. 80% of all Victorian homes are connected to the gas supply. Thousands of community organisations, schools and churches also use gas. Apartment blocks may have gas for centralised hot water heating. In the 10 years to 2015, connections nationally grew from 3.8 million to 4.8 million. Use of gas for hydronic heating, spa and or pool heating, outdoor heating and open fireplaces is expanding.

It is now cheaper to cook, heat water and heat living areas using electricity than gas. Wealthier households with solar power may be removing gas, but it is not an easy decision for most. In emergencies, households are still replacing gas with gas. Gas and electric hot water heaters are rated equally in building standards, thanks in part to lobbying by the industry.

Reducing gas use by major users producing aluminium, non-ferrous metals, plastics and chemicals is an obvious priority, and Beyond Zero Emissions has shown the technical feasibility of doing so. However, the widespread use of gas in households and businesses gives the industry opportunities to defend itself, which it is doing by all means possible.

With so many households and businesses reliant on gas, the workforce is dispersed across Australian cities, towns and rural areas. Collectively, the workers produce gas, read meters, do technical or clerical work, engineer systems, transport gas, and install and maintain equipment.

At the supply end, the oil and gas producers claim to support 80,000 direct and indirect jobs. There are many gas workers working in construction and offering small-scale plumbing services in cities and towns. At the 2016 Census there were 6,800 specialised gas fitters across Australia, while some general plumbers are also trained in gas fitting.

A speedy transition away from gas requires a coordinated national, indeed international, campaign to confront the power and influence of the industry. It won't succeed unless the transition is also a just one, achieved with the mobilisation of workers across the many workplaces.

In a radical version of a green new deal, Aronoff et al. (2019) use examples from the United States, but which could be also found in Australia, to show the need for blue-green alliances, a just transition, a jobs guarantee "offering low carbon, socially valuable work", spending to build a new world, reduced working hours, a good life, and unionising green jobs. The challenging work of building international collaboration amongst workers and communities (Cardoso 2018) is also important.

As Aronoff et al. (2019) state: "The transition could be brutal for workers in the fossil fuel and related industries – but it doesn't have to be". Key to a just transition for workers in the gas industry are commitments to no forced redundancies, job guarantees, and worker transfer schemes where workers are transferred from companies undergoing closure into other viable firms. Cooperative ownership may also be feasible for smaller gas enterprises and groups of gas fitters and other workers to transition out of gas. Earthworker, an affiliate of Friends of the Earth, provides a relevant model.

Retrained gas workers can potentially help meet the enormous demand for energy efficiency upgrades to residential and commercial property in Australia. An estimated 120,000 jobs could be created over 10 years, providing a very real opportunity to find alternative employment for workers in the gas industry.

In the absence of a coordinated national campaign, any assistance to workers is likely to be limited. Past industry adjustment packages have left many people behind with less than half getting equivalent positions, many are not finding work even after extensive retraining, and many end up in precarious jobs that are low paid. Once adjustment support is over, governments in liberal capitalist states provide at most the basic level of welfare available to the unemployed, pensioners or disabled.

Success will require overcoming defensiveness amongst working people that has resulted at least partly from insecure work and austerity. Business interests have led the drive to boost profitability of the private sector since the 2008 financial crash through weakening labour standards, increasing working hours and decreasing job security. In this context, market-driven energy solutions offer at best partial short-term answers, and allow the right-wing of politics to feed off "long-simmering frustration and rage", resulting in a backlash from ordinary people as well as their demoralisation (Aronoff et al. p.182).

Industry regulators for gas and electricity are fixated on market solutions. They are beholden to industry, and will not propose measures to deeply cut demand for gas or ensure workers are looked after. The industry has its own vision for 2050. Just like other business leaders, those in the gas industry are insisting that action on climate change is on their terms – otherwise they will go out of business or profits will be severely threatened. While new businesses are emerging, better adapted to a low carbon future, they will still defend their commercial interests if they clash with the public and planetary interest (Wright 2019).

Edwards (2019) outlines three forms of power that are critical to understanding the big gas corporations. Their structural power refers to their significance in wealth generation and growth of the Australian economy. When government reforms challenge them, as the mining tax did, the second form of power comes into play. Ideational power refers to influencing the public agenda, for example with advertising and extremely well-funded submissions full of data and economic argument.

Gas companies are also versed in instrumental power, using lobbying and other soft power to ensure that officials and politicians hear their voice above all others, as well as employing hard power through funding support, making threats and outright corruption. This power is partly exposed by Market Forces, another affiliate of Friends of the Earth, when it probes deeply into the annual reports and accounts of the gas industry and their financiers.

It is fitting to end by referencing Eric Olin Wright's book How to be an Anticapitalist. Wright (2019) tells us that campaigns against domestic and retail use of gas need to draw particularly on ideas of fairness to low income and vulnerable people, involving people in democratic decision-making, and relentlessly building community. Thinking about gas workers, democratic control over the pathways that businesses take to transition off gas becomes important. Although the climate crisis isn't central to his thinking, Wright (2019) offers a vision of a future society should look like and ways of eroding capitalism and challenging state power. Human values and needs are central to his thinking, which he addresses through ideas about equality/fairness, democracy/liberty and community/solidarity.

Cardoso, Andrea (2018) Valuation Languages Along the Coal Chain From Colombia to the Netherlands and to Turkey, Ecological Economics 146 (2018) 44–59.

Wright, Eric Olin (2019) How to be an Anticapitalist in the 21st Century. Haymarket Books.