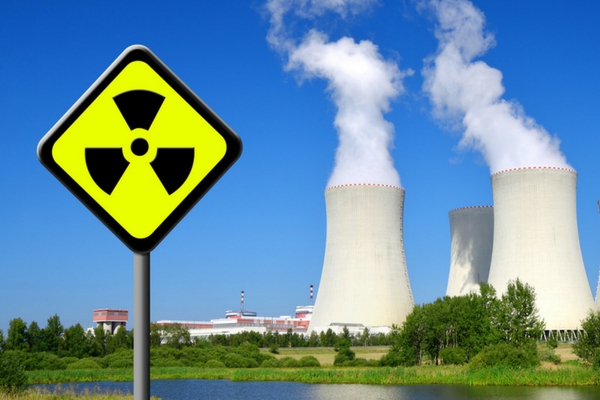 The two young co-founders of nuclear engineering start-up Transatomic Power were embarrassed earlier this year when their claims about their molten salt reactor design were debunked, forcing some major retractions.

The claims of MIT nuclear engineering graduates Leslie Dewan and Mark Massie were trumpeted in MIT’s Technology Review under the headline, ‘What if we could build a nuclear reactor that costs half as much, consumes nuclear waste, and will never melt down?’

MIT physics professor Kord Smith debunked a number of Transatomic’s key claims. Smith says he asked Transatomic to run a test which, he says, confirmed that “their claims were completely untrue.”

Kennedy Maize wrote about Transatomic’s troubles in Power Magazine: “[T]his was another case of technology hubris, an all-to-common malady in energy, where hyperbolic claims are frequent and technology journalists all too credulous.

” Pro-nuclear commentator Dan Yurman said that “other start-ups with audacious claims are likely to receive similar levels of scrutiny” and that it “may have the effect of putting other nuclear energy entrepreneurs on notice that they too may get the same enhanced levels of analysis of their claims.”

Well, yes, others making false claims about Generation IV reactor concepts might receive similar levels of scrutiny … or they might not. Arguably the greatest sin of the Transatomic founders was not that they inadvertently made false claims, but that they are young, and in Dewan’s case, female.

Ageing men seem to have a free pass to peddle as much misinformation as they like without the public shaming that the Transatomic founders have been subjected to. A case in point is climate scientist James Hansen ‒ you’d struggle to find any critical commentary of his nuclear misinformation outside the environmental and anti-nuclear literature.

That would necessitate about 200 reactor start-ups per year from 2030 to 2050 ‒ or four every week. Good luck with that.

Moreover, the assumption that mass production of Generation IV reactors might begin in or around 2030 is unrealistic. A report by a French government authority, the Institute for Radiological Protection and Nuclear Safety, states: “There is still much R&D to be done to develop the Generation IV nuclear reactors, as well as for the fuel cycle and the associated waste management which depends on the system chosen.”

Likewise, a US Government Accountability Office report on the status of small modular reactors (SMRs) and other ‘advanced’ reactor concepts in the US concluded:

An analysis recently published in the peer-reviewed literature found that the US government has wasted billions of dollars on Generation IV R&D with little to show for it.

Lead researcher Dr Ahmed Abdulla, from the University of California, said that “despite repeated commitments to non-light water reactors, and substantial investments … (more than $2 billion of public money), no such design is remotely ready for deployment today.” In a nutshell, Hansen (among others) claims that some Generation IV reactors are a triple threat: they can convert weapons-usable (fissile) material and long-lived nuclear waste into low-carbon electricity. Let’s take the weapons and waste issues in turn.

India plans to produce weapons-grade plutonium in fast breeder reactors for use as driver fuel in thorium reactors. Compared to conventional uranium reactors, India’s plan is far worse on both proliferation and security grounds. To make matters worse, India refuses to place its fast breeder / thorium program under IAEA safeguards.

Hansen claims that integral fast reactors (IFR) ‒ a non-existent variant of fast neutron reactors ‒ “could be inherently free from the risk of proliferation”.

That’s another dangerous falsehood. Dr George Stanford, who worked on an IFR R&D program in the US, notes that proliferators “could do [with IFRs] what they could do with any other reactor − operate it on a special cycle to produce good quality weapons material.”

Hansen acknowledges that “nuclear does pose unique safety and proliferation concerns that must be addressed with strong and binding international standards and safeguards.

Hansen says he was converted to the cause of Generation IV nuclear technology by Tom Blees, whose 2008 book Prescription for the Planet argues the case for IFRs.

But Hansen evidently missed those sections of the book where Blees argues for radically strengthened safeguards including the creation of an international strike-force on full standby to attend promptly to any detected attempts to misuse or to divert nuclear materials.

Blees also argues that “privatized nuclear power should be outlawed worldwide” and that nuclear power must either be internationalised or banned to address the “shadowy threat of nuclear proliferation”.

So what is James Hansen doing about the inadequate nuclear safeguards system?

This is one of the great ironies of his nuclear advocacy ‒ he does absolutely nothing other than making demonstrably false claims about the potential of Generation IV concepts to solve the problems, and repeatedly slagging off at organisations with a strong track record of campaigning for strengthened safeguards.

Hansen claims that “modern nuclear technology can … solve the waste disposal problem by burning current waste and using fuel more efficiently” and he states that nuclear waste “is not waste, it is fuel for 4th generation reactors!”

But even if IFRs ‒ Hansen’s favoured Generation IV concept ‒ worked as hoped, they would still leave residual actinides, and long-lived fission products, and long-lived intermediate-level waste in the form of reactor and reprocessing components … all of it requiring deep geological disposal. UC Berkeley nuclear engineer Prof. Per Peterson states:

“Even integral fast reactors (IFRs), which recycle most of their waste, leave behind materials that have been contaminated by transuranic elements and so cannot avoid the need to develop deep geologic disposal.”

So if IFRs don’t obviate the need for deep geological repositories, what problem do they solve? They don’t solve the WMD proliferation problem associated with nuclear power. They would make more efficient use of uranium … but uranium is plentiful.

In theory, IFRs would gobble up nuclear waste and convert it into low-carbon electricity. In practice, the EBR-II reactor in Idaho ‒ an IFR prototype, shut down in 1994 ‒ has left a legacy of troublesome waste.

This saga is detailed in a recent article and a longer report by the Union of Concerned Scientists’ senior scientist Dr Ed Lyman. Lyman states that attempts to treat IFR spent fuel with pyroprocessing have not made management and disposal of the spent fuel simpler and safer, they have “created an even bigger mess”.

“Everyone with an interest in pyroprocessing should reassess their views given the real-world problems experienced in implementing the technology over the last 20 years at [Idaho National Laboratory]. They should also note that the variant of the process being used to treat the EBR-II spent fuel is less complex than the process that would be needed to extract plutonium and other actinides to produce fresh fuel for fast reactors. In other words, the technology is a long way from being demonstrated as a practical approach for electricity production.”

Japan is about to get first-hand experience of the waste legacy associated with Generation IV reactors in light of the decision to decommission the Monju fast neutron reactor. Decommissioning Monju has a hefty price-tag ‒ far more than for conventional light-water reactors.

According to a 2012 estimate by the Japan Atomic Energy Agency, decommissioning Monju will cost an estimated ¥300 billion (A$3.5bn). That estimate includes ¥20 billion to remove spent fuel from the reactor ‒ but no allowance is made for the cost of disposing of the spent fuel, and in any case Japan has no deep geological repository to dispose of the waste.

Hansen claimed in 2012 that IFRs could generate electricity “at a cost per kW less than coal.” A complex, novel reactor coupled to a complex, novel reprocessing system will be cheaper than shovelling coal into a burner?

He was closer to the mark in 2008 when he said: “I do not have the expertise or insight to evaluate the cost and technology readiness estimates” of IFR advocate Tom Blees and the “overwhelming impression that I get … is that Blees is a great optimist.”

The US Government Accountability Office’s 2015 report noted that technical challenges facing SMRs and advanced reactors may result in higher-cost reactors than anticipated, making them less competitive with large light-water reactors or power plants using other fuels.

A 2015 report by the International Energy Agency (IEA) and the OECD’s Nuclear Energy Agency (NEA) arrived at the circular, disingenuous conclusion that nuclear power is “an attractive low-carbon technology in the absence of cost overruns and with low financing costs”.

But the IEA/NEA report made no effort to spin the economics of Generation IV nuclear concepts, stating that “generation IV technologies aim to be at least as competitive as generation III technologies … though the additional complexity of these designs, the need to develop a specific supply chain for these reactors and the development of the associated fuel cycles will make this a challenging task.”

The late Michael Mariotte commented on the IEA/NEA report: “So, at best the Generation IV reactors are aiming to be as competitive as the current − and economically failing − Generation III reactors. And even realizing that inadequate goal will be “challenging.” The report might as well have recommended to Generation IV developers not to bother.”

Of course, Hansen isn’t the only person accounting creatively. A recent report states that the “cost estimates from some advanced reactor companies ‒ if accurate ‒ suggest that these technologies could revolutionize the way we think about the cost, availability, and environmental consequences of energy generation.” To estimate the costs of Generation IV nuclear concepts, the researchers simply asked companies involved in R&D projects to supply the information!

The researchers did at least have the decency to qualify their findings:

“There is inherent and significant uncertainty in projecting NOAK [nth-of-a-kind] costs from a group of companies that have not yet built a single commercial-scale demonstration reactor, let alone a first commercial plant. Without a commercial-scale plant as a reference, it is difficult to reliably estimate the costs of building out the manufacturing capacity needed to achieve the NOAK costs being reported; many questions still remain unanswered ‒ what scale of investments will be needed to launch the supply chain; what type of capacity building will be needed for the supply chain, and so forth.”

Hansen needs to take his own advice. Peter Bradford, adjunct professor at Vermont Law School and a former US Nuclear Regulatory Commission member, wrote in response to a letter co-authored by Hansen:

‘To solve the climate problem, policy must be based on facts and not on prejudice.’

‘The climate issue is too important for us to delude ourselves with wishful thinking.’

‘The future of our planet and our descendants depends on basing decisions on facts, and letting go of long held biases when it comes to nuclear power.’

Dr Jim Green is the national nuclear campaigner with Friends of the Earth Australia and editor of the Nuclear Monitor newsletter, where this article was originally published.