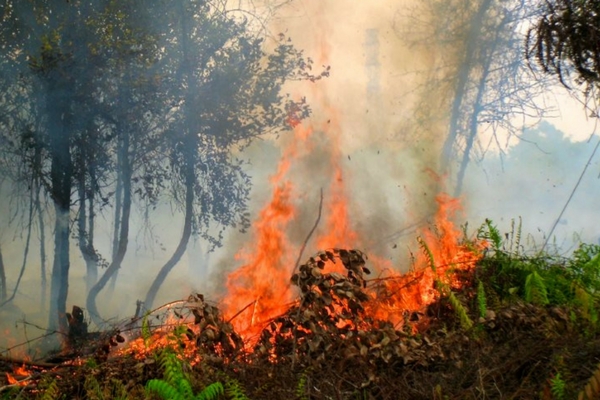 Palangkaraya, Tuesday, 22nd March, 2017 was the unforgettable moment happened in legal world of Central Kalimantan. The CTS number 118/Pdt.G/LH/2016/PN.PLK has been decided by the Presiding Judge who is also the Deputy Chairman of District  Court of Palangkaraya, Kaswanto. The decision which initially planned to be read on Tuesday, March 15th, 2017 was postponed due to several reasons. In the Verdict being read, the judge granted some of the claims in the CLS filed by the plaintiff. The case filed on August 16th, 2016 was going through a two-month mediation process and 6-month court.

Among the petition granted by the judge some of which are instructing the President as Defendant I to immediately issued number of derivatives from Law No. 32 of 2009 regarding Environment, for such law has not yet made by the governmental authority. In addition, the Panel of Judges also instructed the President to form a Joint Team consisting of the Ministry of Environment and Forestry, the Ministry of Agriculture and the Ministry of Health regarding forest fire management. Moreover, the Panel of Judges granted the claim to build a lungs specialty hospital, build an evacuation room for forest fire and also the joint team for fire management.

As filed by the plaintiff that the forest and land fires have caused the haze coming from the fire and land investment committed to the land fires in Central Kalimantan, the decision orders the Minister of Environment and Forestry to inform the public regarding the affected land and company owned by concession, to review and revise the business permit of managing land and plantation affected by the fire as well as those have not been affected yet, to enforce the civil and criminal law against the company whose land was on fire.

In relation with legal basis proposed by the defendant, all of them were rejected by the Panel of Judges such as apology notice and revision on the existing regulation. According to one of the plaintiffs who is also the Director of WALHI Central Kalimantan, Rio Rompas, “I appreciate the consideration of the judge, especially regarding respect for the future generation; in his consideration, the judge described that the environment is the heritage needs to be passed on to the future generation".

In his verdict, the judge ordered to reveal which companies committed to the land fires and to make them known by the public. The judge also regretted the tragedy since not only did it shut down Central Kalimantan, but it also caused 4 victims, and the State has been considered failed in providing prosperity and rights for the people; therefore, we have to observe the implementation of what has been decided by the  Presiding Judge, Kaswanto.

“The citizen law suit in which some of the claims were granted by the Panel of Judge should be an encouragement for the government in delivering their best efforts to have the systematic and structural efforts in handling the forest and peat land fires, including the law enforcement against the corporate crime and environmental crime, review on license and improvement in natural resources management”, said Nur Hidayati, the National Executive Director of WALHI as the closing of this press release.