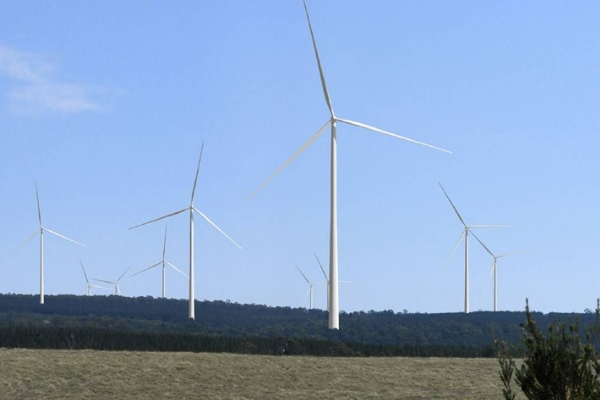 Friends of the Earth are pleased to see an new wind farm proposed for the Latrobe Valley and say the project shows state efforts to tackle climate change are gaining momentum.

The Latrobe Valley is well known for its rich brown coal deposits and coal fired power plants. Friends of the Earth led a community campaign for a Victorian Renewable Energy Target and the Delburn Wind Farm is a sign the state’s energy sector is in transition.

According to proponent OSMI, the Delburn Wind Farm would generate enough electricity to power 200,000 homes, cut Victoria’s carbon emissions by 980,000 tonnes of carbon per annum, and operate for 25 years.

“Projects like this show Premier Daniel Andrews can afford to be bold and ambitious when setting interim Emissions Reduction Targets.”

Osmi’s proposal will feature a community “co-investment scheme” to allow communities to own a share of the wind farm:

“This, in turn, will help to keep profits in the local economy. The current energy supply system located in the Latrobe Valley is owned by multinationals. Having an element of local ownership is good for the local community and the people of Victoria.”

“This is an important step in the diversification of the Latrobe Valley economy that is urgently needed. We commend Osmi for bringing this project to Gippsland.”

Friends of the Earth look forward to seeing more information from the proponent about job creation and manufacturing opportunities for Victoria as part of the project.