Mafia Gunfight Over Control of Rinehart Concession in Ecuador 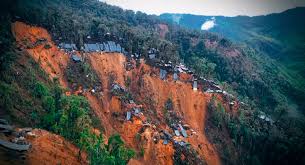 Media reports from Ecuador are highlighting a recent gunfight near the the community of Buenos Aires located in the north of the country. Reports suggest that rival mafia interests are fighting over control of a massive illegal mining operation that is located on a mining concession owned by the Australian mining magnate Gina Rinehart.

The mining operation has been occurring inside a mining concession known as Imba 2 since December 2017. The concession is owned by Hanrine, a subsidiary of Gina Rinehart's Hancock Prospecting.

Thousands of miners from Ecuador, Colombia, Venezuela and other countries descended on the site, when gold was discovered in late 2017. As many as ten thousand people were reported to have moved into the area.

Since early 2019, the operations have descended into chaos, with rival mafia gangs pressuring each other for control of the lucrative trade. Tens of millions of dollars of gold have left the site, to be processed in the south of the country. On ground sources suggest that police officers have simply watched the illegal mining and truck drivers transporting the illegal material pay around $50,000 for bribes to be allowed to move the illegal material.

The newcomers have caused serious problems for the residents of Buenos Aires. A month ago, local residents decided to blockade the main road into the mine after locals were threatened by armed men.

On the weekend, a twelve hour gunfight occurred near Buenos Aires. Reports suggest that at least 4 people were wounded and an as yet unknown number killed. Some of the dead have apparently been dumped down mine shafts. A truck transporting local residents and some of the wounded from the area also overturned, injuring another 15 people, including old people and children.

This issue is doing untold harm to the reputation of Ecuador as being a safe place to have mining operations. Since 2016 a number of Australian companies have moved into Ecuador. One company Solgold, operating in the country since 2011, is pushing to construct one of the largest copper mines in the world, Cascabel, at a site approximately only 15km north of where the recent violence has occurred. Australian miners Newcrest and BHP have a 25% share of Solgold.

It has been suggested that local mafia are using their mining base near Buenos Aires, as a launching place to establish new illegal mines in the region. Two such illegal operations, numbering hundreds of miners, have been shut down in the past few months by Ecuadorian authorities. One was located on another Solgold concession.