Here at FoE, we are more busy than ever, carrying on with our work to address the roots of existing inequalities and fight for environmental and social justice.

We are also deeply committed to achieving a just response to the virus.

With the fullest newsletters we've had this year - there are many opportunities to join our events (virtually) and take action from home. 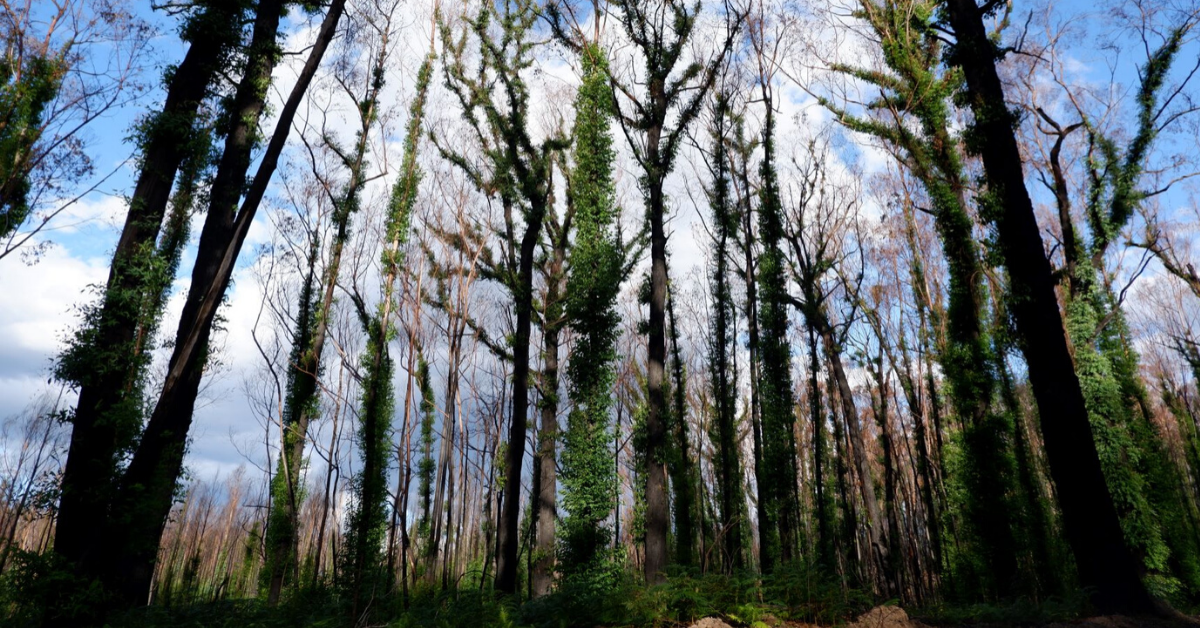 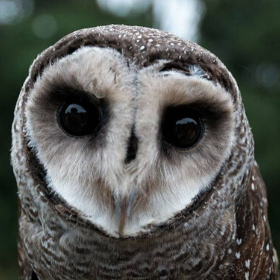 Another reprieve for threatened wildlife in the Supreme Court

Last week, the Victorian Supreme Court granted WOTCH an injunction to protect another 13 logging coupes from destruction. This means a total of 26 areas of threatened species habitat are now safe while the case is heard.WOTCH's legal action aims to slow the march to extinction for threatened species like the Greater Glider and Sooty Owl, which have been pushed to the brink by the 2019–20 bushfires and continued logging. WOTCH is arguing that logging fire-affected threatened species habitat is unlawful until the conclusion of government bushfire biodiversity responses and threatened species are protected in light of the findings. After recently filing their response to VicForests' defence, WOTCH are working hard to mount the best case for threatened wildlife ahead of a trial.

The Victorian government has commenced logging in thousands of hectares of forest damaged forests affected by the 2019/2020 bushfires in East Gippsland.

Last summer’s fires burnt more than 1. 5 million hectares of Victoria. The impact on local economies was devastating. The ecological impacts are mind boggling:

Back in November 2019, the Andrews government announced a commitment to immediately end logging in remaining Old Growth forests, protecting around 90,000 hectares, with all logging in native forests across the state to stop by 2030. The government allocated $120 million to ensure the industry is fully supported in the transition. But six months on, salvage logging is starting in burnt areas and there is no sign of the transition plan.

The recent film from Friends of the Earth Affiliate, Goongerah Environment Centre and Environment Victoria about the impact of the fires on the Kuark forest is heartbreaking.

Please join us in asking the premier Where’s the Plan? 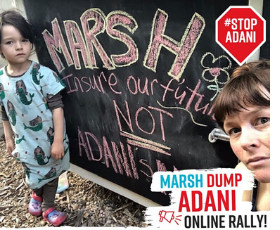 While much of Australia has ground to a halt to protect the health of communities, Adani is ramping up work on the Carmichael coal mine and rail project during the Covid-19 crisis despite the risk of infection for its own workers and regional Queensland communities.

On 21st May, Marsh will be having their Annual General Meeting, where they will likely be making key decisions about their coal policy. That’s why we're going to rally together online to demand they rule out brokering insurance for Adani! Join us for Stop Adani’s first ONLINE rally: Tuesday 19th May, 10-11.30am. RSVP here to receive the VIDEO LINK.

Tipping Point is a collective of Friends of the Earth Australia that connects and supports the national network of #StopAdani groups. More info: www.tippingpoint.org.au 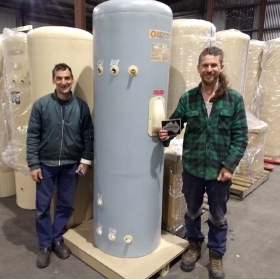 Earthworker Energy Manufacturing Cooperative is still operating and making a real difference to the power we use for hot water. Their tanks, hooked up the excellent Reclaim heat pump, are an awesome reduction in costs for you and the planet. If you are on a solar panel system, is basically free hot water that doesn’t cost the earth! Please consider when you are in need of a replacement or when shifting your home away from fossil fuels.

Being a worker owned cooperative in the LaTrobe Valley is all about inspiring a new/old economic option that is so needed in the area. Old, because cooperatives used to be the way before corporations systematically removed many from our reach. If there was one clear way to stop feeding the capitalistic monster in charge of all the hurt, it’s through a worker-owned cooperatives.

The future is democratic workplaces, working in a freedom we own... for if not now, then when? Become an Earthworker member now, and support a future where we all can thrive.

The prime minister, Scott Morrison, has told the Business Council of Australia that he wants to ‘overhaul’ environmental approvals for major projects as part of an attempt to ‘further streamline’ the industrial relations system.

History has repeatedly shown that any deregulation government approvals is bad for workers and bad for the environment.

Mr Morrison says the federal government wants to “get major projects off the ground sooner” by reducing the length of time it takes for businesses to navigate environmental approvals. This is part of an ongoing campaign by his government to cut what they call ‘green tape’. The current environmental laws are far from perfect. But gutting them is a bad idea that will only make mining companies happy. Please tell the minister not to cut environmental laws. 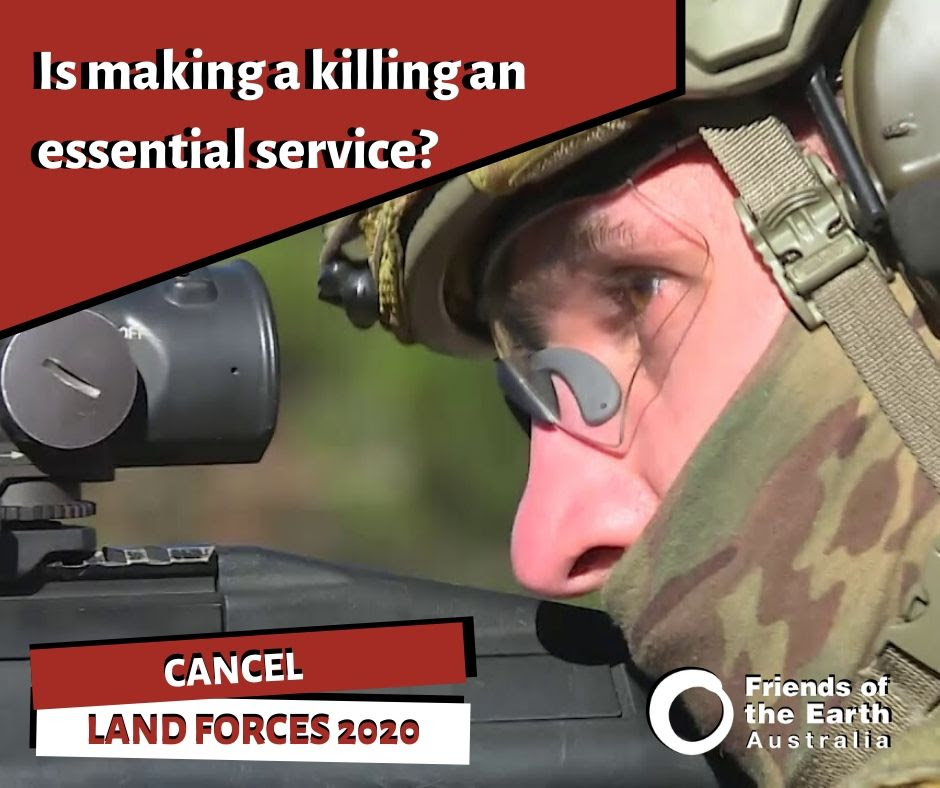 Even in times of peace, war, and making a killing off of it, is never an essential activity or service. So why would the Queensland State Government sponsor and allow a huge convergence of arms and defence manufacturers in the middle of the worst global pandemic in a century? Take Action to cancel Land Forces!

Labor went into the last election with a promise to keep South Australia’s genetically modified crop moratorium. Many of us voted for them on this basis. And now they’ve turned their back on the majority of farmers who want to grow GM-free food and all of us who want to eat it. Take action! 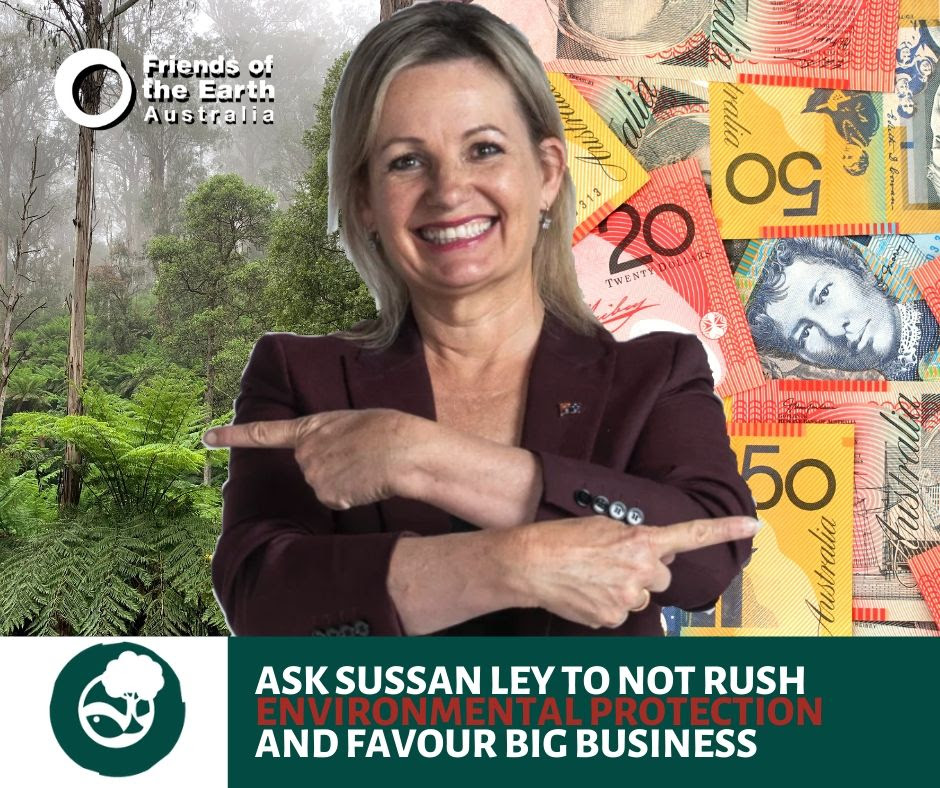 Tell the Minister: Don't rush changing environmental protections that are already failing the places we love and the species that live there.

The federal government intends to further weaken the already inadequate Environment Protection and Biodiversity Conservation Act (EPBC Act) during the COVID-19 crisis before the review is finished!

The government must not push through changes while the community is respecting the self isolation measures that make direct protest impossible. Take online action here.

The battle to define the economic recovery has begun. Will governments champion the community interest and climate justice or will it listen to lobbyists intent on entrenching fossil fuels?

The COVID-19 pandemic has caused immense disruption to our society. The economic shockwave has hit and will continue to reverberate and disproportionately affect vulnerable people in our community. People's lives and livelihoods are at stake. Meanwhile, we're facing a climate crisis. Deep emissions cuts over the next decade are needed if we're to avoid catastrophic impacts. We need system change.

Friends of the Earth Melbourne has launched an online petition calling on the Andrews government to make climate justice a focus of Victoria's economic recovery. Sign the petition today. 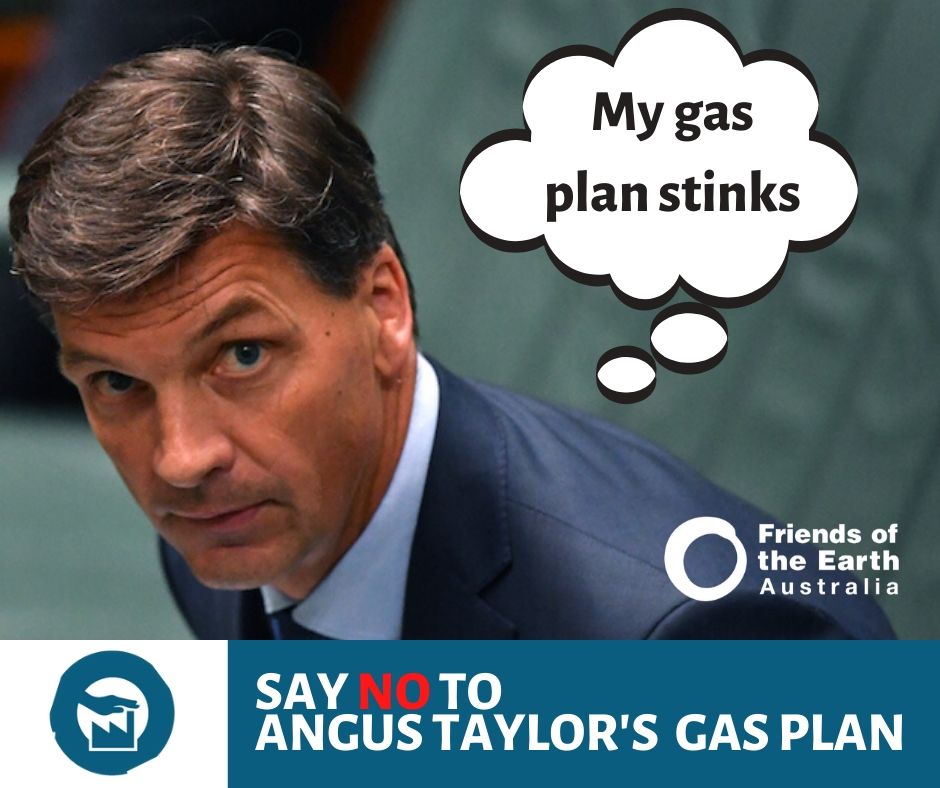 No ‘Gas led’ recovery from COVID-19

Federal Energy Minister, Angus Taylor, says he thinks Australia should have a "gas-fired recovery" - but his plan is terrible for climate justice

The Minister told the Age and SMH that gas development provides an "opportunity for strategic economic stimulus in Australia to aid the recovery."

This means more fracking against First Nations Peoples' will, more gas mining on farms, more gas mining off our coastline. It means more greenhouse gas emissions. It means putting off the transition we need to shift our economy to renewable energy. Investing in new fossil fuel development simply locks us in to oil and gas use when the climate science clearly shows us that we need to transition away from these energy sources urgently.

Please tell the minister you do not support his call for a ‘gas led recovery’. Sign the petition here. 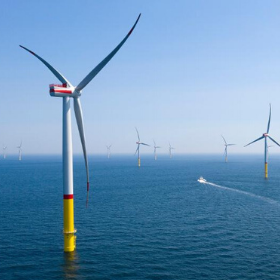 TAKE ACTION: Time To Get A Move On With Offshore Wind

Australia could soon be home to its first offshore wind farm, with the landmark Star of the South project proposed for Gippsland South in Victoria. If it goes ahead it is expected to create thousands of jobs during construction and power as many as 1.2 million homes with clean, renewable energy.

Building offshore wind would be a gamechanger for action on the climate crisis, and could play a critical role in the post-Covid recovery effort.

But if governments go slow, we could be waiting years to see this game changing offshore wind project deliver action on climate. Join us and call on both the Morrison and Andrews governments to trigger the next steps in the planning process for Star of the South!

The COVID-19 pandemic has caused immense disruption to our society. While we’re all working together to flatten the curve, game-changing climate solutions are taking shape in Victoria.

An upcoming forum will showcase some of the exciting renewable energy projects that are on the cards and present ideas for how to make them happen.

Join Act On Climate on Wednesday 13 May to hear from renewable energy sector experts and FoE’s grassroots campaigners. RSVPs essential, so click here to register. 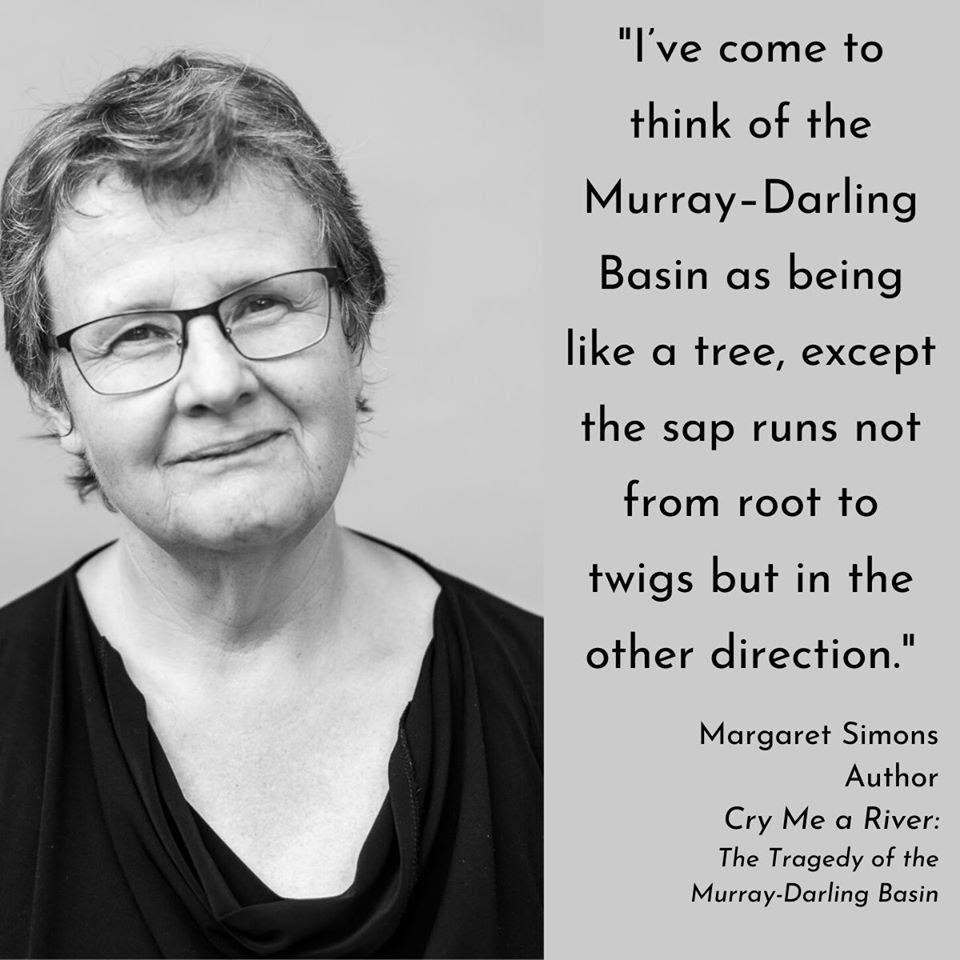 'Cry me a River' Online Event

The River Country Campaign has teamed up with community members across Australia to support buying back more water. Our rivers are over allocated, too much water is consumed on thirsty crops. We urgently need to get more water back in the rivers. River Country is bringing you an online event with acclaimed journalist Margaret Simons to share her insights on the Murray Darling after penning the most recent Quarterly Essay: Cry Me a River. It will be streamed via facebook and zoom on Monday May 11th at 6.30pm.
More details on the event page.
Don't forget to sign the petition to get more water back in our rivers! 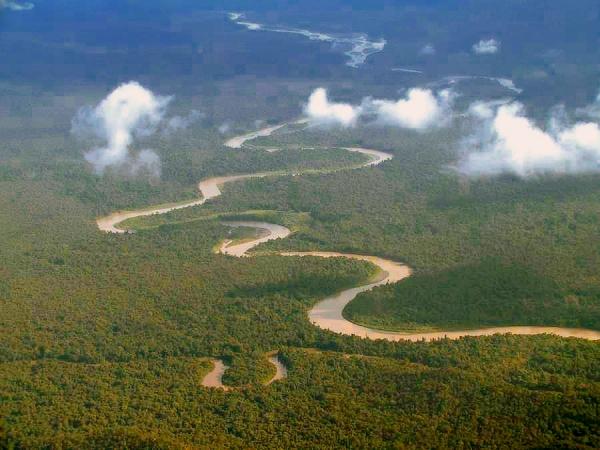 Save the Sepik River!

As Pan Aust's Frieda River mine's threat to the river continues to be a real one, Jubilee Australia, AID/WATCH and Project Sepik have decided to move forward with a campaign about the issue called 'Save the Sepik'.
The launch of their campaign has been timed with the imminent deadline of the process for environmental assessment of the mine. A number of independent experts have made a study of the EIS, which has huge gaps in the information about the potential environmental threat posed by the risks of the mine.
The network has set up an online petition on the Save the Sepik website. Please sign and stand with FoE in showing solidarity to our closest neighbours.

We're heading into tough economic times... To help Friends of the Earth Melbourne weather the storm, they've launched a cheeky fundraiser: MAYBE MULLET! For the month of May FoE Melbourne are asking people to consider a new lockdown haircut, maybe it will be a mullet, maybe it won't!

Your lockdown locks depend on the option that receives the most donations, so click here to chip in, vote, and help FoE thrive. 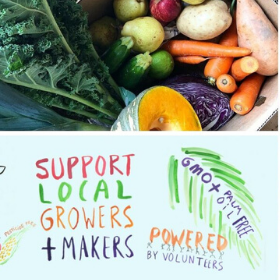 Another amazing way you can support FoE right now is by shopping at the Melbourne Food-Coop. We cannot yet fully comprehend the impact that COVID-19 will have on Friends of the Earth and our community. But, like many small retail and hospitality outlets, our social enterprise cafe and bulk foods store is already being hit hard by the pandemic.

As you probably know, the FoE Food Coop team have been working around the clock to continue to serve our Collingwood community and provide healthy affordable food during the COVID-19 crisis. If you live around Melbourne can now order online to 'Click and Collect' seasonal vegetable boxes, bulk food, pantry items and groceries.

Fifty years ago, people across the United States participated in the first Earth Day on April 22, 1970. The event demonstrated the community's increasing awareness of environmental damage and commitment to protect the natural world. Friends of the Earth Melbourne activists put together this video message to mark Earth Day 2020.

We send big solidarity love to all those on the frontlines fighting for a better world, as well as the essential workers risking their lives to keep us fed and cared for during this pandemic.