One of the most important properties of water is its capacity to dissolve, transport, or carry, a great
variety of substances- solids, liquids, or even gases. Rivers and lakes, a major source of drinking
water for many people, contain varying amounts of dissolved substances, as well as sediment
derived from rocks and soil. Sediment is formed by the physical action of water as it flows over a
surface and can include particles of clay, sand, and minerals. In addition to the organic matter that is
derived from natural sources, water can carry waste, chemicals associated with agricultural,
industrial, and other human activities, as well as organisms that cause disease. Over the last few
years it has become apparent that water from many different natural sources also contains tiny
plastic particles, referred to as microplastics (1, 2) 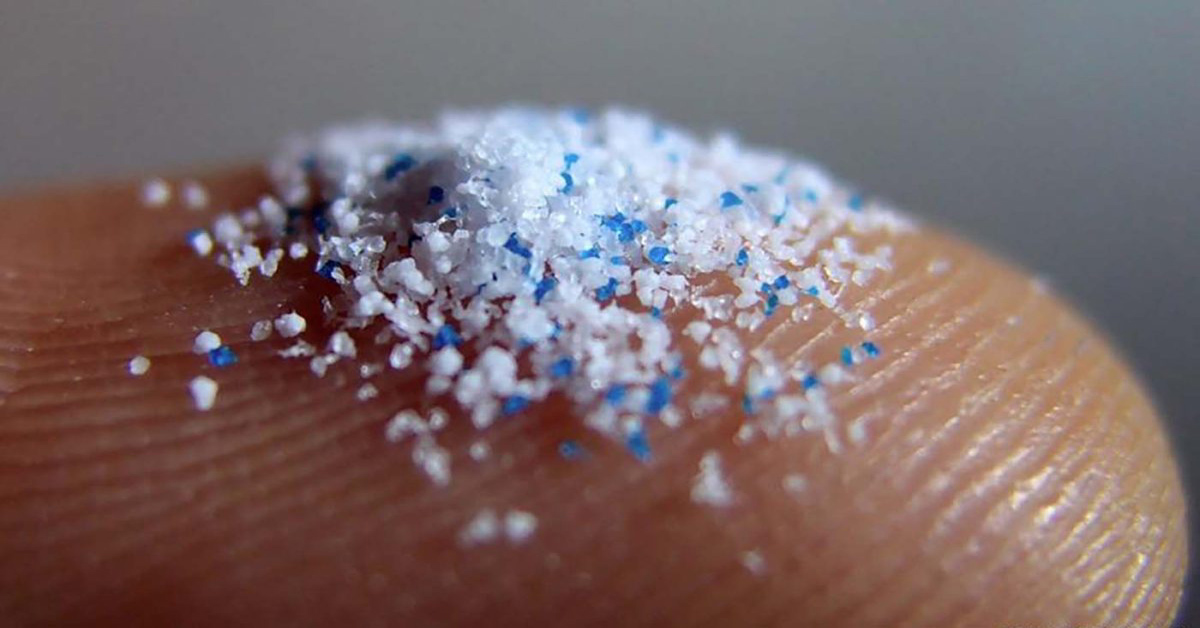 Microplastics are derived from plastics which are made of materials termed “polymers” formed by joining together simpler substances referred to as monomers. There are many different types of plastic depending on the monomer– polyethylene, polyvinylchloride, polypropylene are just a few. One of the characteristics of many of the plastics- not all because some are biodegradable- is their great chemical stability, that is if released into the environment they take a long time to degrade. However, the combined effects of natural processes such as heat, light, water, and oxygen gradually weaken the plastic leading to the release of smaller particles which in turn break down into even smaller pieces over periods of time to release microplastic particles that range in size from 0.1-5  millimetres . Even smaller particles, nanoplastics, have also been found. Some microplastics are generated industrially for use in different products such as cosmetics, hand and facial cleansers, and pharmaceuticals. Analysis of microplastics has confirmed that while they are mainly comprised of plastic polymers they also may contain remnants of the other substances added to the original plastic, for example pigments, lubricants, antioxidants, stabilisers etc. In addition, there is increasing evidence that microplastics are able to adsorb other substances such as metals (eg chromium, copper, lead) and even non metals (3, 4)

Microplastics are found everywhere – in the air, sea, soil, lakes and rivers. They have even been found in rain (5, 6). Perhaps not surprisingly microplastics find their way into reservoirs and then into water treatment plants. While most of the larger plastic items are easily removed by filtration and screening, the microplastics and nanoplastics are much more difficult to remove. Water treatment removes much of the plastic, but up to 100-600 microplastic particles per litre may remain in tap water (1, 2).  At least 12 different plastics have been identified in microplastics, with the most common including polyethylene terephthalate (PET), polypropylene (PP) and polyethylene (PE) (2). The amounts, shape, size, and composition of the microplastics present in both treated and untreated waters varies considerably. 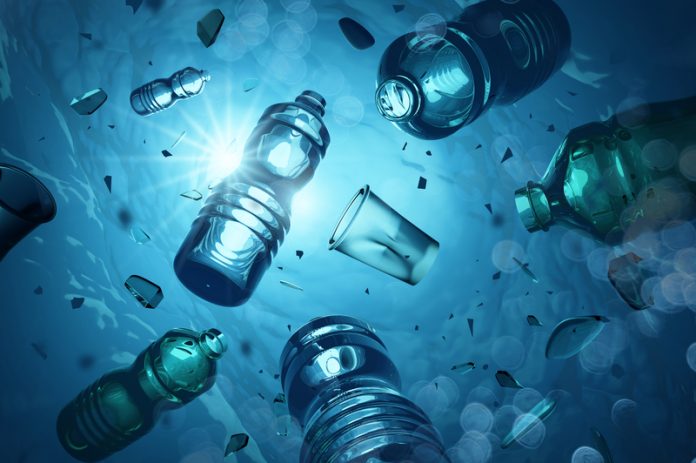 Another source of microplastics is biosolids which are produced by treatment of wastewater, and in particular sewerage. Biosolids are the solid material obtained from sewerage sludge and have found increasing use as a fertilizer in agriculture (7, 8). Thousands of tons of biosolids are produced every year in Australia and as well as other parts of the world and it has been estimated that it may contain as much as 0.9-2.5% microplastics. There is now increasing evidence that microplastics can enter the human food chain because they have been detected in products such as seafood, beer, sea salt, sugar, honey, and tea bags (9, 12). 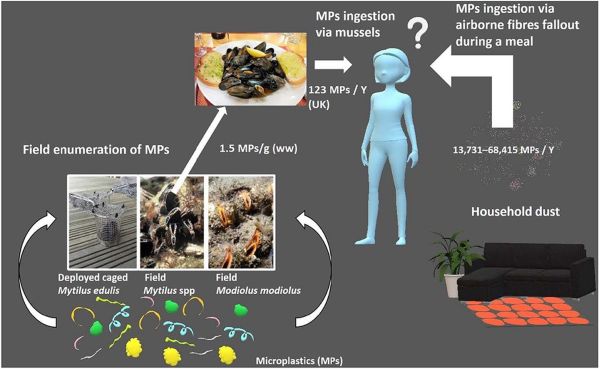 Their presence in water, food, and even the atmosphere is of concern because of the possible health implications (9). There is, at present, no clear indication of an effect on human health and little information on whether microplastics are taken up from food, water, or the air into the various tissues of our bodies. However, they have been detected in human stools so they clearly enter the gut but whether they travel to other tissues is not known (11).  Experiments with fish show some effects on the gut, liver, and brain (10).  Studies with mice have shown that polystyrene microplastics accumulate in the liver, kidney, and gut and induce biochemical changes consistent with possible toxic effects. It is important to note that all research thus far has mostly involved the use of microplastics derived from different individual plastics eg polystyrene, polyethylene, and polyvinylchloride rather than the more complex mixtures present in food and water. Also, those used for most research thus far are free of the pollutants that are often bound to the particles. At present it is not known whether the presence of absorbed pollutants, some of which may be potentially toxic, together with differences in plastic type, shape and size, can produce other unexpected effects, particularly if the exposure occurs over long periods of time. What is clear, however, is that more research is needed to determine the impact that these particles are having on our health and wellbeing.