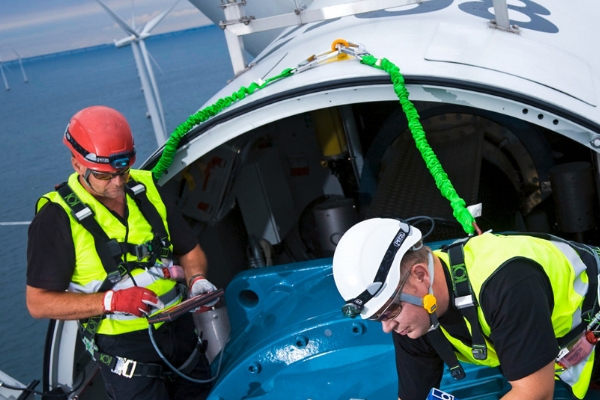 Answering questions in senate estimates this week and following an FOI by the union, the Department of Environment & Energy revealed it has evaluated the project, briefed the Energy Minister and made recommendations on the project -- but no decision has been made.

The MUA represents 16,000 Australian stevedores, seafarers, and offshore oil and gas workers, and argues that the project would create a new source of jobs for people working in the offshore fossil fuel sector.

MUA Deputy Sectretary Will Tracey said "This project isn’t just about generating renewable energy and tackling climate change, it’s about creating secure jobs for the future, particularly for workers who are being displaced from the offshore oil and gas industries"

“The Star of the South project has been in the works since 2012, yet in this time no legislation has been put forward, no regulatory framework put in place, and no responsible agency nominated, despite offshore wind being an established industry internationally" added Tracey.
“Now we have revelations from Senate Estimates that Energy Minister Angus Taylor has been briefed on the project and presented with recommendations, yet the exploration license continues to sit on his desk gathering dust.

“Energy Minister Angus Taylor must get off his hands and immediately allow the Star of the South wind project to move forward to the exploration stage.”

If the exploration license gets the green light it does not allow for construction to commence, but simply allows for the installation of buoys to assess offshore wind speeds.

The MUA are concerned the project is falling prey to the current federal government's ideological approach to renewable energy, arguing this is putting jobs at risk.

It's estimated the project could create as many as 12,000 jobs during the construction phase, while avoiding up to 10.5 million tonnes of greenhouse gas emissions every year.

Whether it's new jobs or action on climate change, the Star of the South offshore wind proposal clearly has merit and requires thorough assessment. There is simply no reason for delay.

It's time for Energy Minister Angus Taylor to take Star of the South to the next stage.

TAKE ACTION: Sign the petition for Angus Taylor to back offshore wind

JOIN THE CAMPAIGN: Sign up as an Active Friend, and join regular Yes 2 Renewables collective meetings at Friends of the Earth Melbourne.