Myponga Reservoir on South Australia's Fleurieu Peninsula is the latest water body to be identified by Friends of the Earth as a pesticide hotspot. 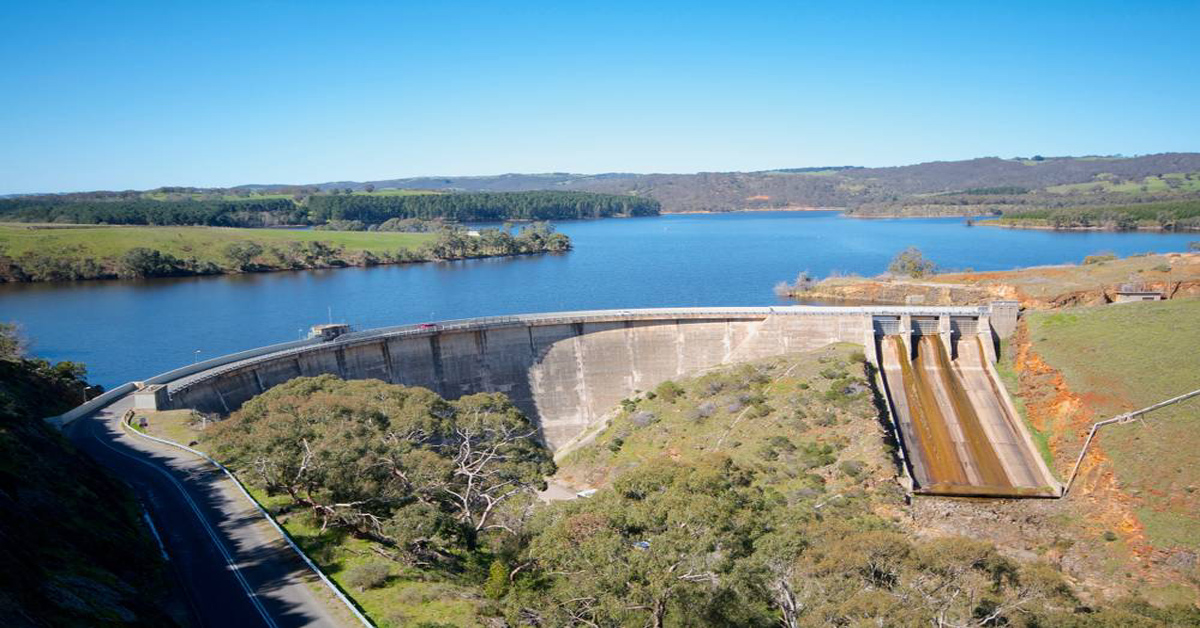 Myponga Reservoir, located 60km south of Adelaide provides towns on the Fleurieu Peninsula and some of the southern Adelaide metropolitan region with drinking water. Myponga is also the only reservoir supplying water to Adelaide that does not source water from the Murray River. The catchment of the Myponga River upstream is dominated by farms.

Information alerting Friends of the Earth to problems at Myponga, came from a Freedom of Information request by a local resident. The information revealed that the following pesticides have been detected in Myponga Reservoir in 2020: MCPA, Omethoate, 2,4-D, Chlorpyrifos, Clopyralid, Dimethoate, Glyphosate, AMPA, Triclopyr and Metsulfuron Methyl.

Whilst pesticide detections in waterways and reservoirs, such as Myponga are not unusual, what was unusual in 2020 was the relatively high detections. Each year SA Water conducts routine pesticide testing across a number of locations in South Australia. It appears that extra samples were taken this year as part of an "in-house" research program. Friends of the Earth believes that the recent testing may have been undertaken because of the release of thousands of native fish into the reservoir in early 2020 and the opening of the reservoir to recreational fishing in 2019. Has there been internal concerns within SA Water regarding the safety of the untreated reservoir water at Myponga? 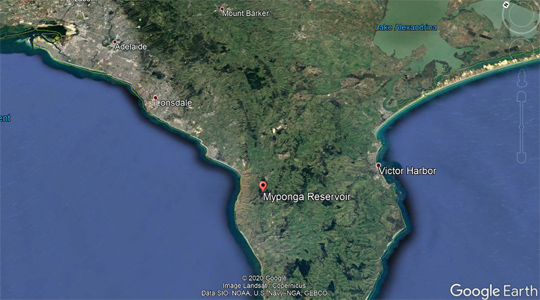 The location of Myponga Reservoir is 60km south of Adelaide

All 31 pesticide detections in 2020 were below Australian Drinking Water Guidelines (with 20 of the 31 above European Guidelines), which means that SA Water were not "necessarily" obliged to publicly announce the results. These type of incidents are usually only reported when Australian Drinking Water Guidelines are breached.  Conventional water treatment at Myponga would also most likely reduce the amount of pesticides entering the reticulated system, but not eliminate all pesticide residues entirely.

Because there is no national body that monitors biocide usage in Australia, it can be an extremely difficult (some would say impossible) task to determine what pesticides have been detected across Australia and in what volume. In 2016, Friends of the Earth attempted to collate pesticide detections in waterways and water supplies across Australia. As far as we know, this is one of the only attempts to quantify pesticide pollution of waterways on a national basis. Since 2016, this database has been expanded and updated as new information comes to hand. The data has also been uploaded onto The Australian Pesticide Map.

In terms of FoE's national (and historic) research, the recent results at Myponga are disturbing. Perhaps most worrying were detections of MCPA (a herbicide), with the highest levels detected at 22.4ppb. (The Australian Drinking Water Guideline for MCPA is 40ppb, the World Health Organisation Guideline for MCPA is 2ppb and the European Guideline is 0.1ppb). MCPA was detected during all sampling this year conducted between February and August at an average of 3.7ppb.

Five of the top ten levels of MCPA ever recorded in an Australian domestic water supply were detected in Myponga this year!

In terms of impacts on fish residing in the reservoir, it would appear that the insecticides Chlorpyrifos, Omethoate, Dimethoate and Malathion may be of most concern, even at very low levels, however no pesticide residues should be entering the reservoir at all.

The pollution events at Myponga appear to be ongoing and stem from poor land management upstream in the catchment. In Europe, a guideline level for all pesticides is set at 0.1ppb. Any detection above this level would warrant an investigation by the water authority into where the pollution is coming from. This is not a requirement under Australia's antiquated pesticide laws.

The fact remains that domestic water supplies and waterways can be polluted with legal impunity in Australia, without the public (and authorities in most instances) even knowing that the pollution has occurred. Waterways, including domestic drinking water supplies are often regarded as little more than agricultural drains by many pesticide users, regulators and pesticide manufacturers alike.