The grassroots Stop Adani movement has called an online rally on Tuesday, November 2nd at 6:30PM AEDT to join the global push to defund the fossil fuel industry. 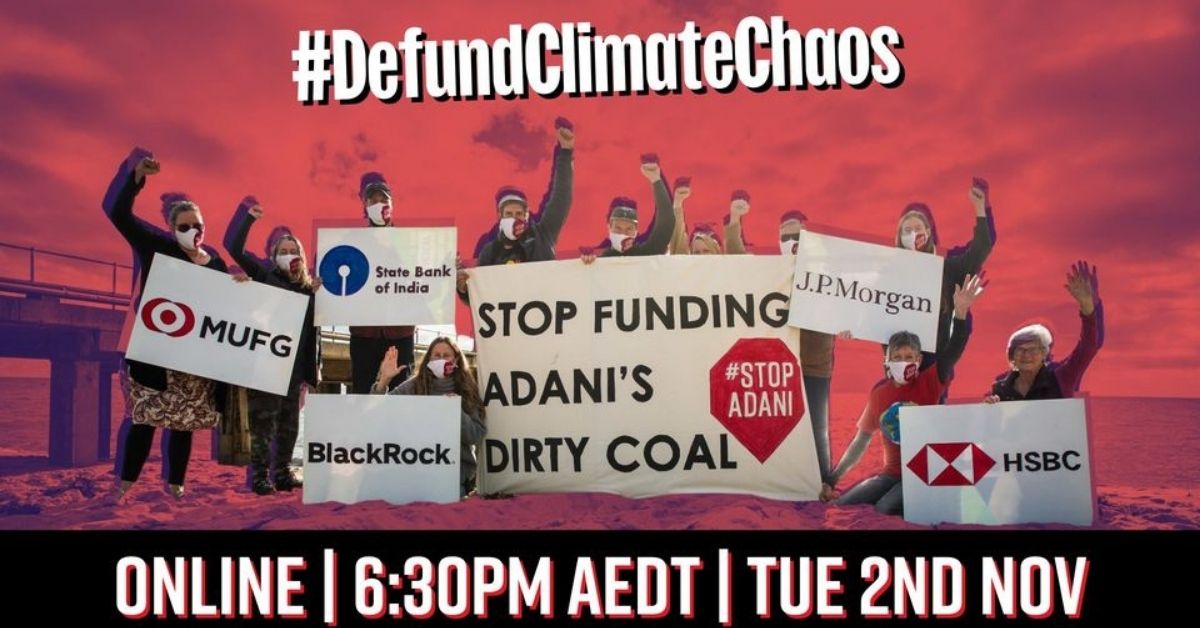 As the UN Climate Conference in Glasgow kicks off, the climate movement will be united by one demand: #DefundClimateChaos

As the coal, gas, and oil industry begin their relegation to the history books, there is one sector that continues to throw them a lifeline – the global investment sector.

That’s why in the first week of November there will be mass rallies, disruptive protests, media capturing stunts, and powerful stories told in locations across the world from the Pacific Islands, the British Isles, throughout Asia, and North America, all united with a mission to push the global investment sector to defund the fossil fuel industry.

In Australia, pandemic restrictions are likely to still be in flux. Hence, whilst there are some small actions being planned, this #StopAdani online rally will be the rallying point for us all. It will be a ramping up of the push on Adani’s key investors to dump Adani. Not long now, and the movement will take this fight onto the streets.

Jump onto Facebook and invite your friends along too.