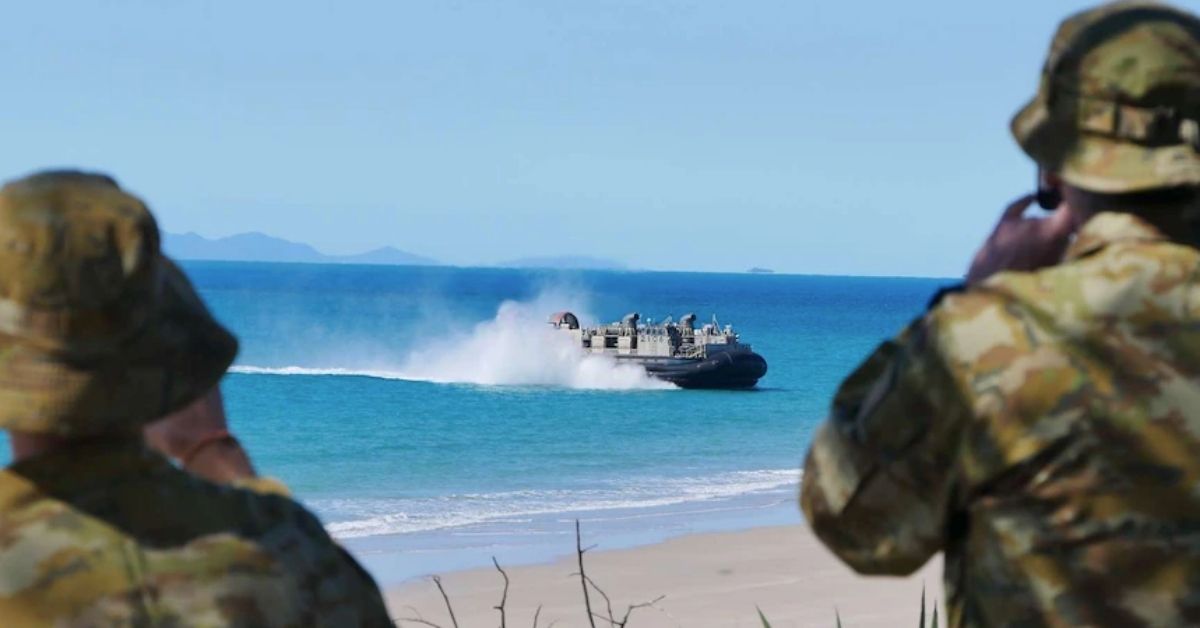 On July 24, at the height of Talisman Sabre, representatives from Pacific nations including Australia, New Zealand, Guahan (Guam), Hawaii (USA), Japan, Rep of Korea, West Papua and the Philippines called for an end to Talisman Sabre – and all exercises in the Pacific.

Their statements of concern and commitment to collaboration for peace in the Pacific can be heard here.

This year’s exercise marked many firsts, among them:

Robin Taubenfeld spokesperson for Friends of the Earth Australia and Pacific Peace Network member group said: “The Pacific Peace Network condemns Talisman Sabre. At this time of global health and climate crisis, there is no justification for ongoing investment in war or increased military activity. We call for the Pacific to be honoured for its name; rather than as a stage for sabre rattling, it should be a region of peace. ”

“2021 was a year for many notable firsts for Talisman Sabre. Though smaller in size, the exercise targeted a greater number of defence and non-defence areas and used more lethal firepower than previous exercises. If this is the down-sized version of Talisman Sabre, we are alarmed at what post-pandemic iterations of the exercise might bring.”

“2021 was the first year the ADF did not engage in the Public Environment Report (PER) process around the exercise, despite its spread into regional locations and numerous non-defence areas."

"The ramping up of firepower, the spreading of activity to Queensland’s northernmost region and the increased number of participating nations sends a clear message of U.S. allied strength to China." “With tensions mounting in the South China Sea, allied governments may spruik the benefits of interoperability with the U.S.”

“Many of their constituents and people around the Pacific, however, have grave concerns about the increasing presence of U.S. troops and the social and environmental cost of ongoing militarism in the region and want to see these exercises cancelled.”

For more information or interviews:

Friends of the Earth is a proud member of the Independent and Peaceful Australia Network.