What does patriarchy and gender justice have to do with saving the forests? 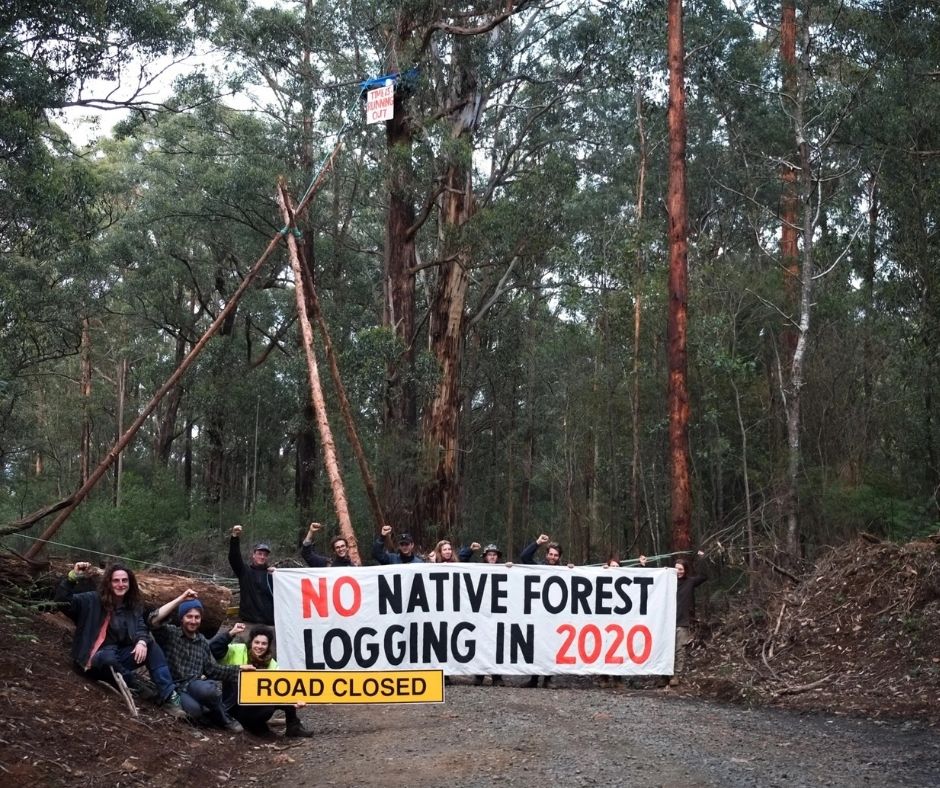 Sometimes this conversation will be over the phone, just me and a friend swapping stories. Sometimes it will be a passionate debate in the car on the way out to a forest blockade. Sometimes we ask, will we be safe here?

I feel lucky and so empowered that most of my friends, and the people who I work with in all aspects of forest defence are fierce women, non-binary, and gender-diverse folk.

I’ve heard a lot of their stories, and I’ve got my own to tell. Stories of people standing around for hours holding ropes, and never being taught how to tie the final knot. Of sitting by a communal fire listening to men explain things to each other, without ever getting a word in. The constant feeling of having to prove yourself to be taken seriously, of second guessing yourself.

It’s like there are these weird invisible rules. You don’t really know why or how they got there, but they pop up in the weirdest places. They extend even to the things we own. People ask if my 4WD is my boyfriend’s.

On the surface these stories, these comments, these rules, seem small. Water off a duck's back. But they aren’t standalone. They’re layered, intertwined, and weighted. One on top of the other, and deeply rooted to something much bigger, and much more sinister.

It’s not uncommon to witness and be the target of gender-based violence and harassment from loggers at forest blockades. It’s always a pretty awful experience in whatever form or degree it’s thrown at you or the people you care about. I guess you start to build up a thick skin to it as it becomes more expected, but it still hurts.

The stuff that cuts me straight to the core is when the very question, “what does saving forests have to do with the patriarchy”, is asked by people I love and respect, but they don’t want to listen to or understand my answer. Friends, family, fellow activists, colleagues. That same excuse. They’re separate. One has nothing to do with the other. You’re overreacting.

Then suddenly it’s not a conversation I’m up for having, and it’s easier to say nothing. But then all those horrible things we experience get to keep flying under the radar. Or maybe I’ll say something, but it doesn’t give any justice to the people I love and care about who experience the violence and oppression of what it means to live in our society every day.

So, what does conservation have to do with patriarchy and gender justice?

Forest blockades can often feel like a radical escape from society. I’m suddenly plunged into this community, mostly of like-minded people. We’re all there for a purpose, and it feels good. But sometimes it can feel like the opposite. Sometimes I’ve never felt the reality of gender injustice more.

You end up spending 14 days straight with Dave or Todd or Paul or whoever speaking over the top of you. Or ignoring you. Or staring at you in a way that makes your skin crawl. You can’t just leave and go home. The blockade is your home, but you feel like you don’t belong. You don’t have a say. Dave lives here now too, whether you like it or not.

I feel lucky that most of the time I’m with people I love and trust, and that makes all the difference. Maybe the question instead is… will the Todd’s and the Dave’s and the Paul’s be outnumbered? That is a question that’s a lot easier to answer. A bit more straightforward and makes me feel safe in the meantime.

Stopping the destruction of forests does feel like an act of resistance against the patriarchal and colonial nature of society. Treating the forests as a resource to exploit feels deeply rooted in patriarchy. Putting your body on the line to stop that feels powerful.

Blockades can feel like a chaotic, hopeful, exciting glimpse into a world that’s a lot safer and fairer and free. The grit, determination, and bravery to pull off a forest blockade, is nothing short of amazing. It’s where I get some of the most incredible feelings of agency.

So why is there so much resistance to acknowledging the problems, and putting in the work to make these spaces safer and ultimately better? Why are we still having to justify our answers to the question; what does forest protection have to do with the patriarchy, when the experience of gender injustice is deeply felt and experienced, but also challenged within the forest movement?

If we aren’t tackling gender injustice at forest blockades with the same dedication and selflessness we harness to fight for the forests, then I feel like we’ll keep being part of the problem. It's everyone’s shared responsibility, but cis-men especially, to use the same strength, and fortitude that we put into the campaigns we care about to start those conversations. In return, we need to listen hard to the answers, rise to the challenge, and start acting.

Chris Schuringa is a campaigner with GECO and other grassroots groups fighting for protection of forests from logging.