Friends of the Earth welcomes QBE’s end to coal finance 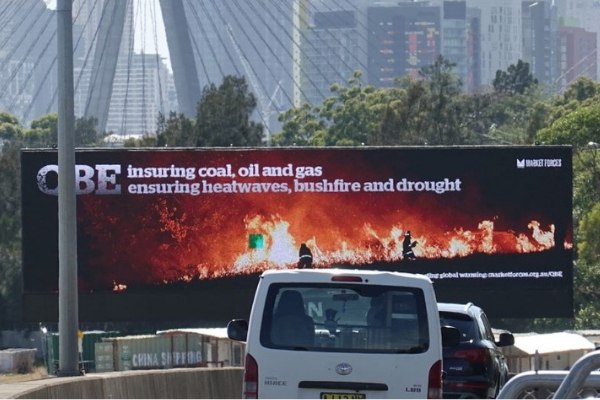 Friends of the Earth welcomes the announcement by Australia’s largest insurer, QBE, to end its support for the coal industry.

The announcement came after a campaign by Friends of the Earth member group, Market Forces. 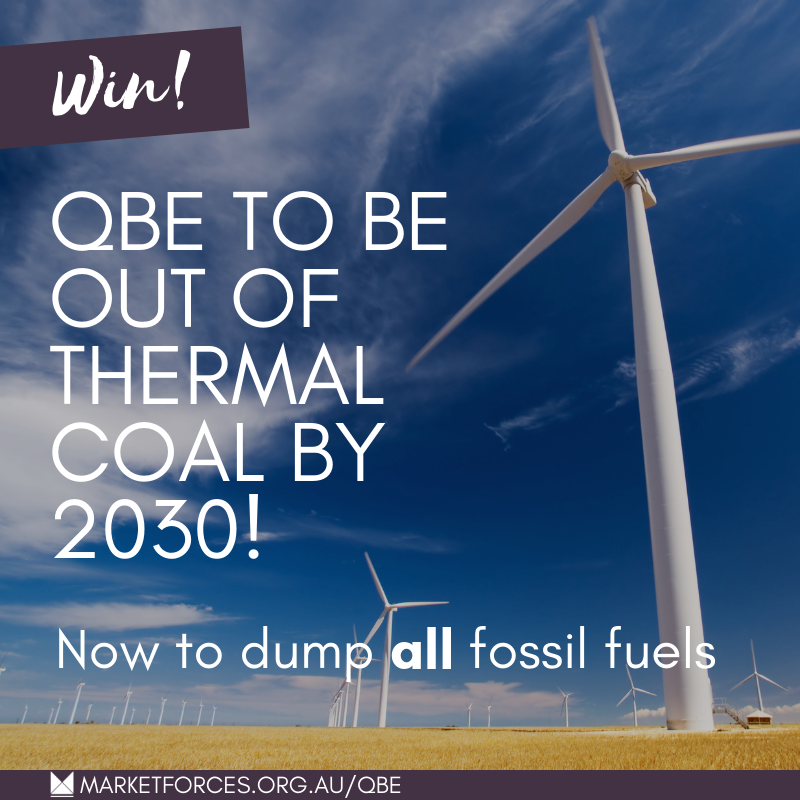 “Having paid out US$12.2 billion on natural catastrophe and large individual risk claims since 2011, QBE is on the frontline of climate change impacts.  As the coal industry is unrepentantly a major cause of the problem, it stands to reason major insurers would withdraw their support.”

According to reports, insurance giant QBE will stop insuring new thermal coal mines, power plants and transport networks from July 1 this year, and will shut down its thermal coal underwriting business by 2030.

It will also withdraw all direct investment in companies that generate more than 30 per cent of their revenue from thermal coal from July 1, and introduce a 0.5 per cent limit on indirect investments through managed funds.

As part of a long-running campaign, earlier this month Market Forces and publicly listed wealth manager Australian Ethical lodged a shareholder resolution calling on QBE to set targets for reducing its investment and underwriting exposure to fossil fuels in line with the Paris Agreement goal of limiting global warming to 1.5 degrees.

“Whilst this is an important decision by QBE, we will continue to press the company to implement broader policies covering all fossil fuels in order to achieve alignment with the Paris Agreement,” said Brait.

Contact QBE today – tell them that divesting thermal coal is a good first step but for the sake of a safe climate we need QBE to plan for exiting all fossil fuels!

To date, 20 globally significant insurers with more than $6 trillion in assets and representing 20% of global insurance assets have adopted coal divestment policies, including the four largest European insurers. When smaller insurers and partial divestments are included, the total is 25 insurance companies worldwide. Eleven major re-insurers (including Allianz, AXA, Swiss Re, Munich Re, Zurich and now QBE) have restricted underwriting for coal.