Residents and tourists have expressed dismay at the extent of tree clearing in hundreds (possibly thousands) of kilometres of roadside reserves in the aftermath of this summer's devastating bushfires. Many of these roadsides contain extremely valuable habitat. 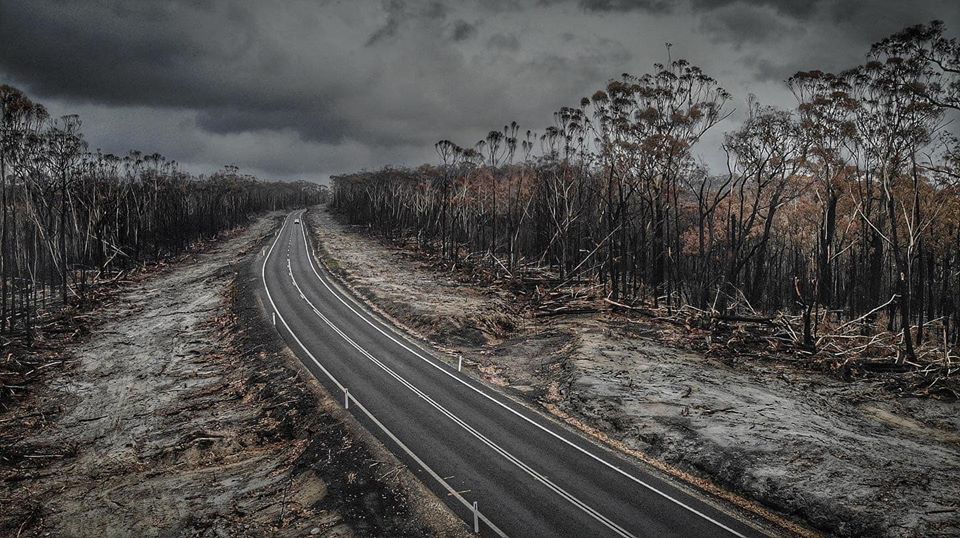 Numerous organisations and business have been called on to clear roads and remove dangerous trees although, in comments on social media, some people are questioning whether healthy trees are also being removed unnecessarily. It is Friends of the Earth's opinion that the majority of the tree removal is needless and is actually uncontrolled wanton destruction.

Some commentators said the tree removal was having impact on landscape values and was an added insult to the original injury of the fires themselves. Others raised the prospect of conflict of interest with the possibility that trees that don't pose a danger have been removed with the intention of them being sent to sawmills. Observers in the region have already reported increases in log truck activity and the stockpiling of logs into massive log dumps.

Some comments observed that past recovery efforts have been plagued with malpractice citing an Auditor General's report in logging on Yalmy Rd, East Gippsland, in 2003 and the fire season of 2006/2007 where 300km's of fire breaks were created.

FoE also observed similar practices occurring after the much smaller fires near Yinnar in Gippsland in April 2019 (image below), where hundreds of trees, many of them old growth were chainsawed for no apparent reason. 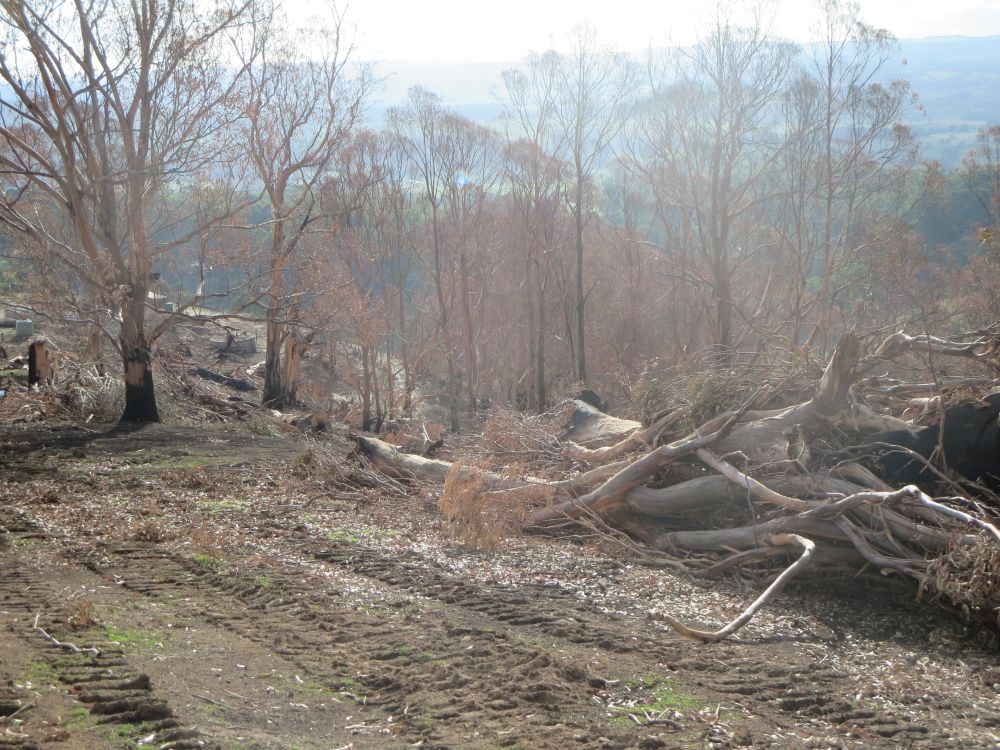 FoE understands this is a complex issue. There is certainly a need to remove dangerous trees after bushfires but we question whether appropriate checks and balances are in place to ensure commercial imperatives do not influence on-the-ground decision making in the post fire environment.

It is conceivable that commercial opportunism might arise in a culture where departmental and timber industry workers live and work in close proximity.

Given the community anger expressed it seems incumbent on DELWP to ensure all systems and processes related to recovery efforts are transparent and accountable. To that end, FoE believes independent third party assessment of post-fire recovery work would help allay public fears.

Departmental workers and contractors would be less inclined to remove healthy trees if they knew their work would be assessed by independent environment arborists. The possibility of workers being subject to disciplinary, financial and contractual penalties would also help remove any perceptions of conflict of interest and would also increase levels of accountability and transparency.