Gina Rinehart's Ecuadorian subsidiary, Hanrine, continues to face ongoing problems in Ecuador. Reports from that country have revealed that a local judge has recently ruled that a 40 day blockade of the main road into the northern Ecuadorian town of Buenos Aires, by Hanrine workers, is violating the rights of local residents. 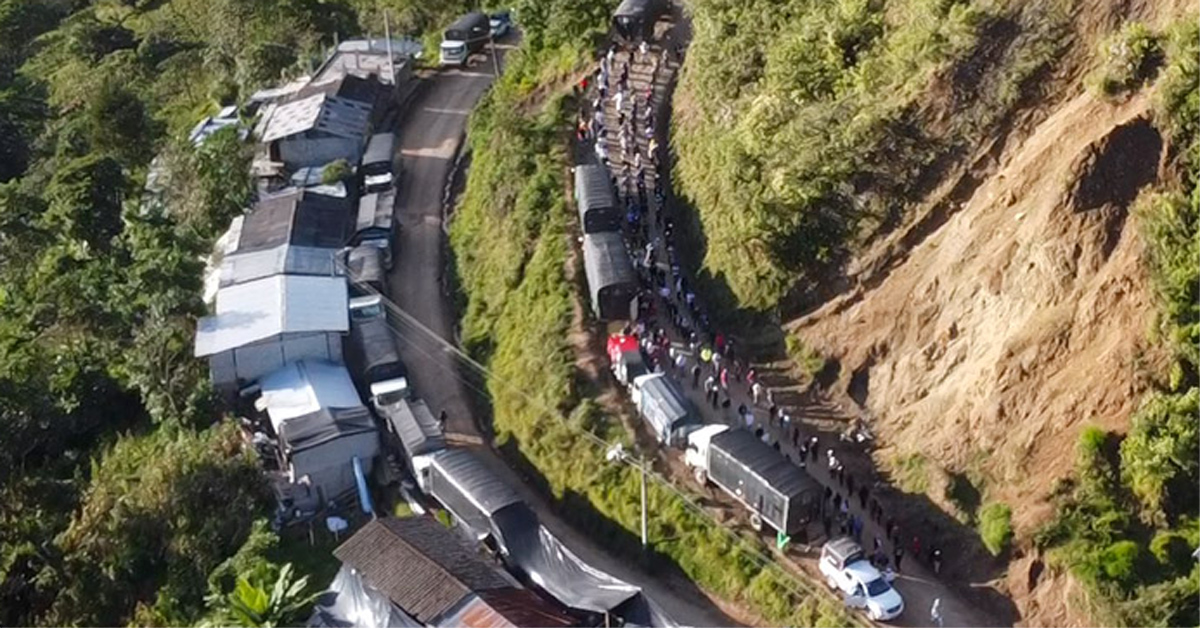 The judge ordered that Hanrine are given 10 days to lift the blockade in early June. We are waiting to hear if the blockade has been lifted.

According to reports from Rainforest Action Group, hundreds of workers had been camped on the side of the road at the entrance of Buenos Aires for a month, stopping locals from entering the town.

In April, the Ombudsman's Office of Ecuador, called on the National Government to suspend all mining activities in the area, after what it deemed was excessive military force used against villagers opposed to mining in their community. Locals were alarmed that their community may be exposed to Covid 19 by outsiders entering their community.

Mining is also a "psychological trigger" for many in the Buenos Aires community, who had to endure close to two years of thousands of illegal miners entering their community between 2017/19 looking for gold. In July 2019, thousands of troops were sent in to clear out the Hanrine concession, called Imba 2, after the bodies of miners had been found dumped down mine shafts. Mafia and organised criminals had been vying for control of the illegal mining operations.

In response to recent threats and the trauma of the gold rush,  villagers set up a blockade to stop miners from entering their community in early 2021. The community was opposed to both large scale and small scale mining. They were also alarmed that the Ecuadorian Government had granted large concessions to "anonymous" mining companies in 2017, with no consultation with local residents. The community also called for a Constitutional Injunction to stop Hanrine operating in the area. So unpopular has mining become in the community that a Hanrine mining camp was set alight in September 2020. Hanrine has been making unsuccessful attempts to enter the mining concessions since the massive military operation to remove the illegal miners in 2019. 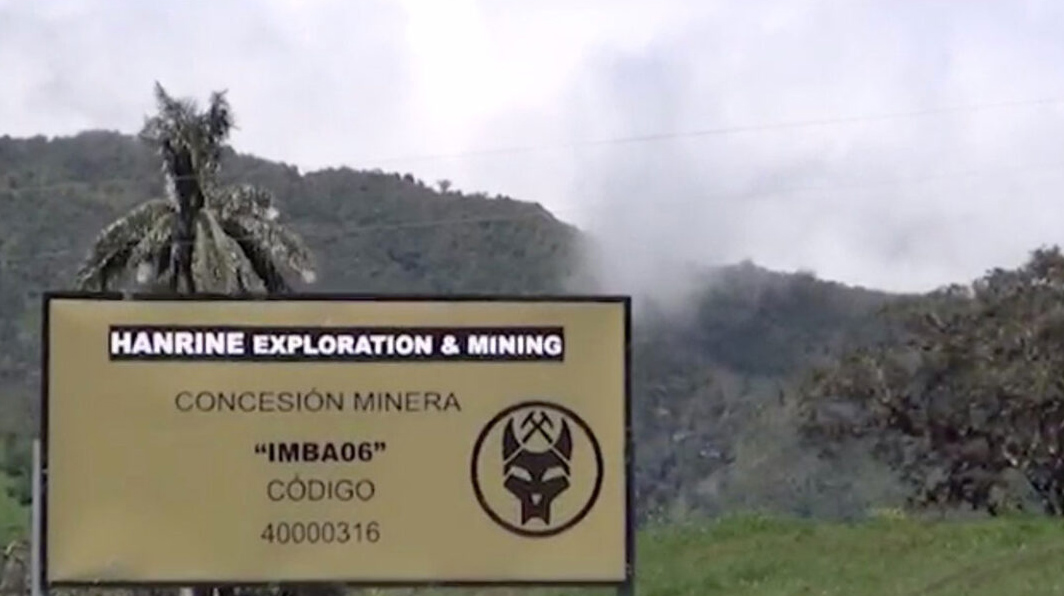 A Hanrine sign in northern Ecuador alerting local people that land is now under a Mining concession owned by Hanrine.

Hanrine made national news in Australia in July 2020 when it was revealed that their CEO was arrested for arms charges. Central to these concerns appears to be revelations that Hanrine had been attempting to gain access to the Llurimagua mining concession (again in Northern Ecuador), which for some time had been a joint venture between the Chilean and Ecuadorian Government's. Llurimagua has been strenuously opposed by local campaigners since the 1990's. It would appear that the Chilean Government's mining company Codelco has also been very concerned about Hanrine's intervention at Lllurimagua.

Australian mining companies are in Ecuador to get access to the country's copper reserves. Australian companies are positioning themselves to mine the copper under the impression that most of the copper will be used in renewable technologies such as electric cars. New public relations spin from mining companies to get support for their mining operations include phrases such as "Raw Materials for Green Technology". It's a shame that such terminology does not take into account the interests of local people opposed to such mining in the land that they hold so dear.