Recent Freedom of Information data obtained by Friends of the Earth (FoE) reveals that the substance most regularly breaching Australian Drinking Water Guidelines (ADWG's) in South Australia continue to be Trihalomethanes (THM’s). 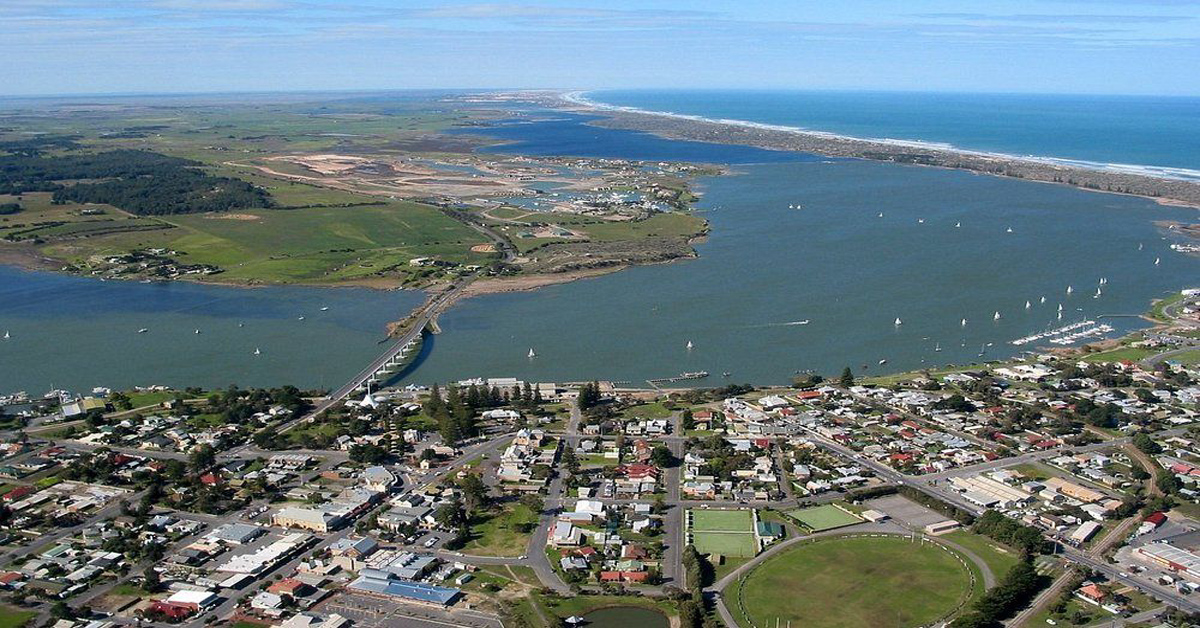 Image: Looking east over Goolwa and across to Hindmarsh Island. Ongoing THM "hotspots".

THM's are a disinfection by-product (DBP).  They are formed when chlorine used to disinfect drinking water reacts with natural organic material in the source water. Hundreds of DBP’s have been discovered since the early 1970’s. THM's consist of four separate chemicals. Guidelines are set for a total sum of all four.

There have been concerns for many years that high levels THM’s in drinking water may lead to increases in certain cancers, including bladder cancer. THM's can also be absorbed through the skin and can be inhaled through steam from showers etc.

THE European Commission has stated that “high THM levels have been linked to liver, kidney and central nervous system diseases, bladder and colon cancer risks, as well as to effects on foetal growth, foetal viability and risks of foetal malformations”. 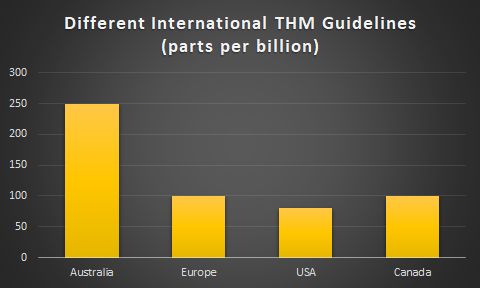 A DBP drinking water committee was set up by the National Health and Medical Research Council (NHMRC) in 2016 to review Australian DBP guideline levels. Nothing has been publicly reported by the committee for four years. The key issue of concern for the committee is that if guideline levels for DBP’s are lowered, this could increase the risk of communities being exposed to microbiological water borne disease through loss of disinfection.

A recent study published in 2020 by the Barcelona Institute for Global Health (ISGlobal) reported that: “Each year, more than 6,500 cases of bladder cancer--nearly 5% of all cases in Europe-- can be attributed to exposure to trihalomethanes (THMs) in drinking water…”

Given that the European guidelines are 2.5 times lower than similar guidelines in Australia, it is apparent that South Australian’s are being exposed to THM’s at higher levels than what would be acceptable in Europe. [It should also be noted that many communities across Australia are also impacted by high levels of THM's]. 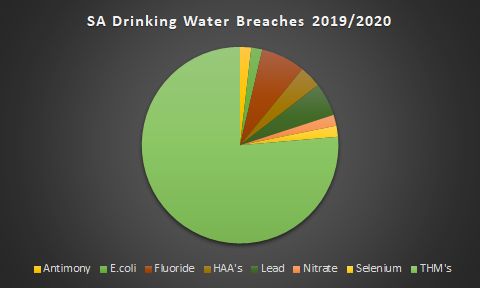 The Australian guideline level for Trihalomethanes are based on lifetime exposure at those levels. This means that occasional breaches to the guidelines are not expected to be of significant health concern. However, some communities in South Australia have been exposed to levels above guideline levels for many years. SA Water have slowly been working to change this situation by upgrading treatment plants and treatment processes, such as changing from chlorination to chloramination, where ammonia is added to chlorine.

Approximately 500 people are diagnosed with bladder cancer in South Australia per year, with approximately 100 succumbing to the disease each year.  However, there appears to be a decreasing trend in incidence rates. If the 5% European figure is accurate, perhaps ~25 bladder cancers per year in South Australia may be attributed to Trihalomethanes.

As far as FoE knows, no localised work has been done assessing rates of bladder and other cancers in South Australia based on localities which have high THM levels or have had high THM levels, including communities where the problem occurred for decades. Localised problem areas may instead be “watered” down statistically by absorbing smaller 'hot spot' areas into larger regional or urban areas.

THM’s levels at Wirrina Cove averaged 40% (338ug/L) above Australian guideline levels between 2019/20. This is apparently the first time SA Water has conducted water quality testing at Wirrina Cove. The highest THM level was almost 1.75 above the Australian guideline level. (4.225 above US guideline). SA Water announced that they would be upgrade the Wirrina Cove treatment plant in June 2020 after taking control of the water network from the Yankalilla District Council in July 2019, so hopefully this will result in significantly lower THM levels. 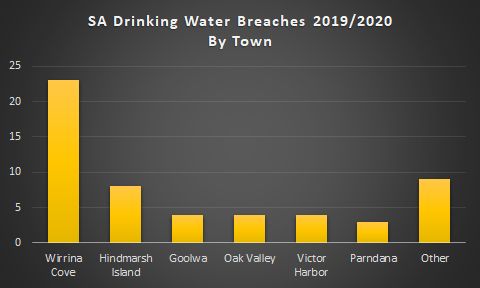 In terms of other THM hotspots for 2019/20, Hindmarsh Island (population 1400 people) was above guideline levels for the year, with Goolwa and Victor Harbor (population of 6500 for both towns) close to the guideline for most of the year. The THM problem will most likely be improved at all of these locations with the treatment processes at towns supplied from Myponga Reservoir gradually changing from chlorine to chloramination since 2018.  (Chloramination does reduce THM’s but can create a range of other problems including another more toxic disinfection by-product, NDMA).

Although the goal of changing the treatment process may significantly lower the amount of THM's in a water supply, will those levels drop below what would be allowed in Europe or the United States, or below the future level that the NHMRC will recommend? Epidemiological studies in communities that have been impacted by THM’s for many years should be urgently undertaken. A good place to start such studies would be in communities such as Goolwa, Hindmarsh Island, Middleton and Victor Harbor.

It should also be mentioned that the highest incidence of bladder cancer in Australia is in Queensland, but most of the water supplies in regional Queensland are the responsibility of local government.  Many councils in Queensland don't test for THM's at all. Given that perhaps 5% of bladder cancers may be linked to THM's, this situation needs to be rectified ASAP.