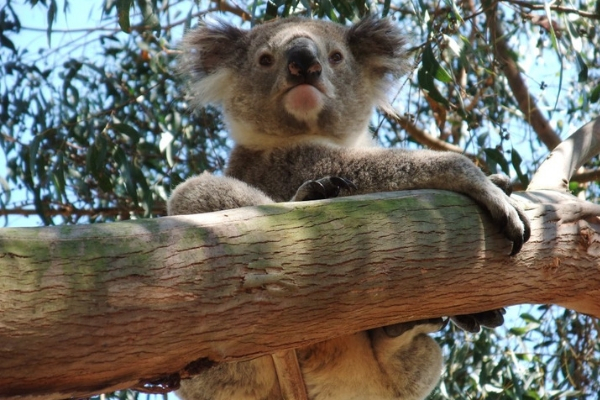 Recent Bushfires in the Strzelecki Ranges have seriously impacted on koalas of the region.

The Yinnar South Bushfire, whilst small in size has seriously impacted on koala populations of the region.

The fire burnt out approximately 1900ha of land on the northern face of the Strzelecki Ranges, between the Morwell National Park and Smiths Creek. The fire stopped less than 1 km from College Creek, which was included in the Brataulung Forest Reserve in July 2018.

The area burnt, included 28% of some of the best remaining koala sites in the Strzelecki and South Gippsland Region.

The sites had been mapped by parties including Friends of the Earth and Friends of Gippsland Bush between 2013-16. The sites were dominated by stands of Bluegum and Mountain Grey Gum, both known as preferred koala feed trees.

Koala sites burnt can be viewed on this new map produced by FoE.

The Strzelecki Koalas hold the key to the long term survival of the animal throughout Victoria. It's genes have not been compromised by Victoria's koala translation program and are from the original koala gene pool.

This is the second biggest hit that the regions koalas have endured in the past decade. In February 2009 thousands of hectares of koala habitat were lost in the infamous Black Saturday fires. Hundreds of koalas were killed in the 2009 event.

Friends of the Earth will attempt to better assess the situation over the next couple of weeks. Any help in funding assessment work can be made here.