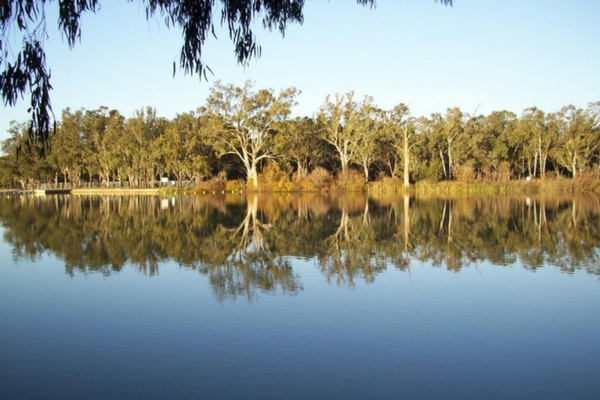 This week is National Water Week, and a perfect political storm is brewing that could threaten the hard-won gains for Australia’s greatest river system. Friends of the Earth needs your help to secure a sustainable future for the Murray Darling Basin.

In 2012, the historic Murray Darling Basin Plan was brought into law. Decades of over-extraction, drought and mismanagement had seen the Murray-Darling river system brought to within an inch of its life. The Plan is not perfect, but it’s the best chance we have of sustaining the Basin’s unique environmental and cultural values.

Since September, the Basin’s river systems have had to contend with new and worrying threats. First, the Nationals have taken control of the water portfolio, with Barnaby Joyce appointed Minister in the new Turnbull Government. Second, a group of cross-bench Senators have mounted an inquiry and are calling for the Basin Plan to be ‘paused’ to appease angry farmers in the Victorian and NSW irrigation districts.

This year, we’ve already seen the Coalition Government cap the amount of water that can be purchased for the environment and heard calls to sell precious environmental water back to irrigators. There is a very real chance that the progress of the Basin Plan’s essential reforms could be jeopardised.

That’s where you come in.

As a resident of the Murray-Darling Basin, someone reliant on water resources from the Basin or just someone who understands the importance of the Murray, your voice has a powerful place in this debate. Politicians need to hear from local and other concerned people who are passionate about the environments that they live in and care about. We need to remind our politicians that the Murray–Darling Basin is a national asset, belonging to all Australians.

Friends of the Earth has been working to secure positive outcomes for the Basin for over a decade. We’re asking you to join with us to urge new Prime Minister Malcolm Turnbull to safeguard the Basin Plan. We need the Prime Minister to commit to implementing the Plan on time and in full. To ‘pause’ or rollback the Basin Plan could risk jeopardising the $13 billion investment in saving our greatest river system.

Here’s what you can do: write to Prime Minister Malcolm Turnbull to let him know you want to see the Basin Plan delivered in full and on time. You can sign an online letter here. Or, better still, use this information to create your own personalised letter.

Thank you for taking the time to help safeguard Australia's greatest river system. You can donate to the River Country campaign here.