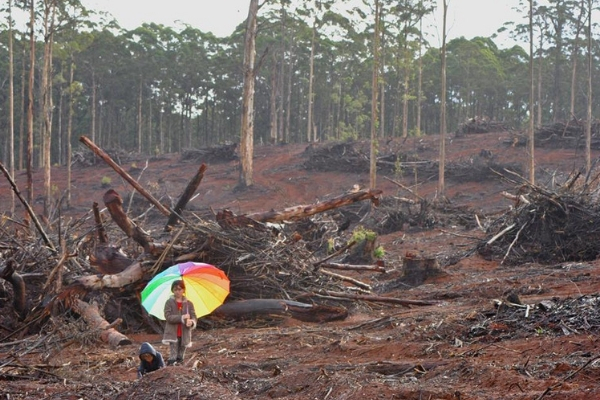 In signing the RFA with PM Scott Morrison, the Premier has favoured logging interests over the need for action on climate change, forest and wildlife conservation and community opinion.

Logging is the only industry that enjoys a special exemption from Federal environment laws, and renewing the RFA allows for continued logging of threatened wildlife habitat.

The WA Forest Alliance say that the very best thing to do with your rage today is to phone the WA Premier's office (Phone: (08) 6552-5000) and tell the person who picks up that you want to leave a message for Premier Mark McGowan.

“The McGowan Government has renewed a divisive, long-term logging agreement with Scott Morrison that is embarrassingly out-of-touch on climate change and wildlife in a major blow to its credibility on science and the environment,” said Jess Beckerling, convener of the WA Forest Alliance, WA’s peak forest conservation organisation.

“This dodgy agreement, which provides the logging industry with a special free pass from federal environment laws, has been rushed through in the dying days of the Morrison Government to avoid scrutiny and lock in long-term protection for the logging industry.

“The RFA began in 1999 with three stated objectives – to protect environmental values, encourage job creation and manage the forests in a sustainable way. It has failed spectacularly on all counts.

“Five unique forest-dependent birds and mammals have become endangered or critically endangered since the RFA was signed and 195 000 ha of forests have been intensively logged without Federal environmental oversight.

“The native forest logging industry has run so rampant in the forests that it has virtually exhausted all the high quality sawlogs available to it. The industry is no longer profitable and can’t attract investors. Sawmills are closing and people are losing jobs.

“Every day as logging destroys habitat for threatened wildlife and adds carbon to the atmosphere it is because of a failure of Governments to get in front of this madness and show some leadership.

“There has been absolutely no community or independent expert consultation on the renewal of the RFA. A round of briefings, where groups are told what is going to happen, does not constitute consultation. It has zero credibility and needs to be thrown out and replaced with a proper, robust, consultative process based on up-to-date science.

“The climate has changed dramatically since 1999 and the logging industry has totally failed to keep up with the science or the impacts on the forests of increased temperatures and decreased rainfall.

“One glib reference to updating climate science, without any assurance of independent expert input or timeframes, cannot rescue the credibility of this backroom deal.

“Recent polling shows that 70 per cent of people in the cities and 65 per cent of people in the regions oppose native forest logging. It is contributing to dangerous climate change, destroying habitat for endangered wildlife, drying up rivers, harming sustainable industries such as tourism and honey production, and actually costing West Australian taxpayers money in financial subsidies.

“You’d struggle to find a single person not paid to support the industry who doesn’t want native forest logging to stop.

“Forest conservationists are rightfully angry and dismayed by this decision. It is a blow to hopes that the McGowan Government would put forest conservation and regard for science in public policy back on track but we are undeterred and clear about the urgent and profound need to use every opportunity to protect forests for climate, wildlife, water and communities.

“With or without an RFA, the priorities from here are to properly protect all the old-growth and other high conservation value forests and to develop the farm forestry industry to grow timber and create jobs in the regions. A renewed RFA won’t get in the way of our progress towards those goals. ” said Ms Beckerling.