Apple isn't a lone bad fruit. How can we hold companies to account? 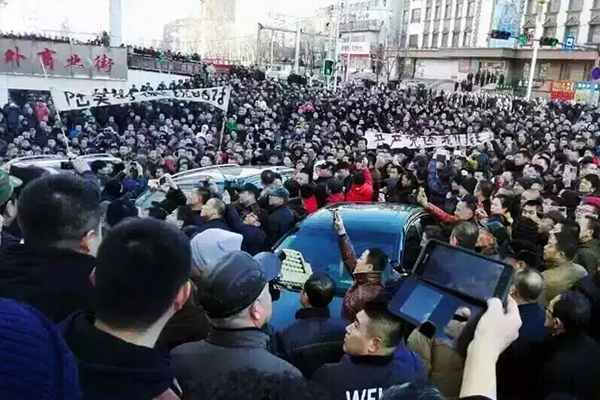 Apple routinely disregards humans and nature in it's push for bigger and bigger profits. A couple of years ago suicide nets were installed to catch burnt out workers who thought their only escape from their production lines was suicide.

This disregard is highlighted again in the recent investigation by China Labour Watch into Apple supplier Catcher. The investigation was launched following a toxic gas leak in one of their supplier factories that resulted in over 80 workers being sent to the emergency room with acute poisoning.

People trying to flee after they smelt the gas were delayed their evacuation - by requiring to sign out. Instead of closing the workshop, the next shift of people were set to work and were soon rushed to hospital. The investigation also found that toxic waste water is being released in the environment, workers are forced to work 10h a day - 6 days a week, noise levels is causing irreversible damage to workers’ hearing, dorms don't have fire exits, and workers concerns are being ignored.

TWEET: Solidarity to workers & .@chinalaborwatch struggling against .@Apple factories where they are overworked in unsafe conditions that poison them and the environment.

These issues aren't just found in Apple's supply chains with reports of environmental pollution and oppressive working conditions, flooding out of the production line for Dell, Samsung, HP and any other brand you can name. The lenovo laptop I’m writing this on was certainly made in a sweatshop. Even if their was a fair trade computer, ethical consumerism isn't going to change the situation for the majority of workers or the environment.

Workers are organising across the Global South to resit the poisoning of their water, air and communities; fight for the kind of safety standards and rights that we take for granted; and lift themselves out of poverty. They are winning big changes but global brands like Apple are known to just skip town to exploit new workers and pollute new rivers.

We need to make that resistance international so companies can be held to account where ever they go. That doesn't just mean boycotting certain brands or even shutting down shops. Brand damage is defiantly one part of the puzzle, but we need a bigger strategy that uses every tool we have.

The trade deals our government signs are one part of that. Shockingly right now companies can sue Australia if it bring in regulations that hurt their profits. If we want to stop companies riding rough shot over our democracy we need stop signing away our ability to make companies act in socially and environmentally sustainable way.

Government buys stuff. They are spending money every day on behalf of us, from your local hospital to the Department for Education and Training. In fact they buy a lot of stuff. When it comes to computers alone the Federal government owns around 350,000 PCs and laptops, spending $1.5billion in the last year. That's big money that should transforming the sustainability of the big brands like Apple's supply chains.

Making noise and damaging brands is a great way to hurt their bottom line and showing workers across the globe we give a shit. When used in combination with pressure from public buyers, it can support the issues workers are pushing for on the ground and can win big changes.

If we want more lasting change that holds companies to account we need new binding legislation to hold our companies responsible for their crimes where ever they may occur. In France the government has recently introduced legislation that allows people across the globe to sue French companies destroying their environments and communities.

Whilst you are here, please make a tax deductible donation. Friends of the Earth relies on donations from people like you to keep running campaigns for social and environmental justice.
Donate now
apple workers rights pollution