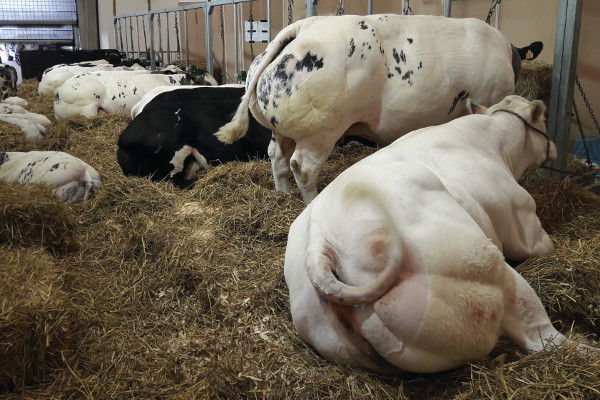 Australia could become the first country in the world to deregulate the use of new genetic modification (GM) techniques in animals. The techniques, known as ‘gene editing’, will be considered when State and Federal Governments meet at the Legislative and Governance Forum on Gene Technology meeting in Adelaide this Thursday.

Take action: stop Monsanto from shredding the rules on GMOs

A new report by Friends of the Earth reveals that scientists are using these new GM techniques, such as CRISPR, to develop more muscular and disease resistant livestock that can endure intensive conditions without getting sick; and to produce animals that don’t reach sexually maturity so they eat less food.

The Federal government has got to stop using Australian families as guinea pigs for corporations such as Monsanto. The use of these techniques in animals raises serious animal welfare, environmental and food safety concerns. These techniques are not as precise as has been claimed and can result in high levels of unexpected genetic mutations in mammals.

In July 2018, the European Union’s top court ruled that new GM techniques such as CRISPR pose similar risks to older GM techniques and need to be assessed for safety in the same way. Our key agricultural competitor New Zealand will also be regulating these techniques as GM. Even the US Food and Drug Administration, which is not known for its precautionary approach to gene technology has proposed that gene edited animals be assessed for food safety.

In shocking contrast to overseas regulators, the Office of the Gene Technology Regulator (OGTR) and Food Standards Australia New Zealand (FSANZ) have both recommended that a number of these new GM techniques be deregulated. To add insult to injury, they have relied on advice from biotechnology scientists with clear commercial conflicts of interest in making their recommendations.

Rather than genetically engineering animals so that they can survive in inhumane conditions without getting sick, we should focus on creating ethical and regenerative and farming systems that don’t create these problems in the first place. Gene edited animals have no place in our food system or in the environment.

Research shows that the majority of Australians are not comfortable with the idea of eating GM animals. Yet if these techniques are deregulated anyone would be free to use them in animals and the resulting animal products would enter our food chain with no labelling and no safety testing.

Gene edited animals pose novel risks to human health and the environment and raise a raft of ethical issues. It’s vital that we have a robust regulatory system in place to assess these risks. Products derived from these techniques also need to be labelled so that the choices of consumers, farmers and the food industry are protected.

Take action: stop Monsanto from shredding the rules on GMOs