Calling out those who created a toxic environment for Muslims 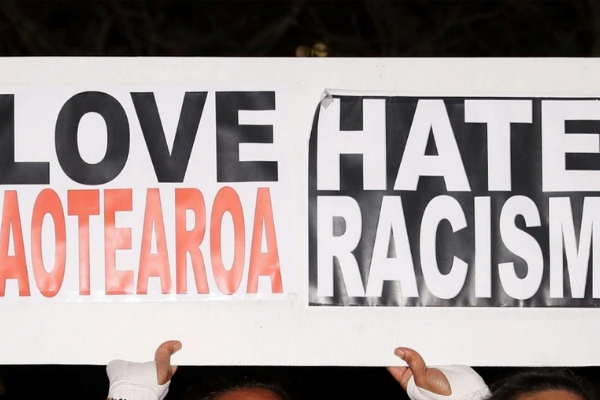 Fraser Anning deserves widespread condemnation for his comments about the massacre of 50 Muslims in Christchurch mosques. But many mainstream voices now censuring him for his views, including Scott Morrison, who has stated that he will "always speak out" about "comments that seek to denigrate Muslims and Islam", created a political environment toxic to Muslims.

I married into a Muslim family 15 years ago, so I've been particularly sensitive to the dog-whistling of the Coalition, some sections of the media and public figures on this issue, along with the silence (with some notable exceptions) from Labor.

In 2006, Danna Vale argued against an abortion bill on the basis that it could help Australia become a Muslim nation within 50 years. Later that year, then prime minister John Howard told a talkback radio caller "there is a … small section of the Islamic population … which is very resistant to integration".

Anti-Muslim activist Ayaan Hirsi Ali delivered the closing keynote at the 2007 Sydney Writers Festival, receiving standing ovations. Three months earlier, she had proclaimed Islam "a destructive, nihilistic cult of death. It legitimates murder … not just with extremist elements within Islam, but the ideology of Islam itself."

In early 2011, Morrison encouraged his colleagues, then in opposition, to "capitalise on the electorate's growing concerns about 'Muslim immigration', 'Muslims in Australia' and the 'inability' of Muslim migrants to integrate' ". In 2014, Bronwyn Bishop ruled that Muslim women wearing the burqa in Parliament House must be segregated behind a glass enclosure.

Dr Kate Ahmad, one of two people behind a gofundme petition for the removal of Queensland senator Fraser Anning from Parliament for his remarks after the Christchurch mosque massacre.

But the dog-whistling grew much louder shortly after then prime minister Tony Abbott narrowly avoided defeat in a February 2015 spill of his job. Within months he declared, surrounded at times by absurd numbers of Australian flags, "I've often heard Western leaders describe Islam as a 'religion of peace'. I wish more Muslim leaders would say that more often, and mean it."

He stood with Peter Dutton to tell the nation of "an increasing threat from those, including those in our midst, who would do us harm" and warned "the Daesh [Islamic State] death cult is … coming after us … they are certainly at war with us".

He and most other politicians remained silent while Reclaim Australia and other anti-Muslim fringe groups held rallies around the country, even refusing demands to stop MP George Christensen from speaking at one.

Cory Bernardi's Senate inquiry into halal certification was also instigated on Abbott's watch. In the last week of his prime ministership, shortly after the body of three-year-old Muslim boy Alan Kurdi washed up on a Turkish beach, Abbott decided to prioritise non-Muslim refugees in a special intake of those fleeing Syria.

Three months later, he wrote an opinion piece in which he argued that societies "can't remain in denial about the massive problem within Islam". Many of his fellow MPs, including Andrew Hastie, Josh Frydenberg, Andrew Nikolic, Craig Kelly and Michael Sukkar, made similar statements. After Pauline Hanson's 2016 election, Abbott publicly met with and congratulated her.

The next year, Channel Nine personality Sonia Kruger told her TV audience, in comments that NCAT recently found encouraged "hatred towards, or serious contempt for, Australian Muslims by ordinary members of the Australian population", that she agreed with News Corp columnist Andrew Bolt that Muslim immigration should be halted because she did not feel safe.

Bolt has not been alone in promoting such ideas. A 2017 study found that News Corp publications carried an average of eight negative stories about Muslims a day.

Security agencies and researchers of violent extremism have also concentrated on Muslims as a threat. Defending Christensen's right to speak at the Reclaim Australia rally, then foreign minister Julie Bishop said she had been "briefed intensively and extensively on Islamic extremism" but that "none of the 400 extremists under government surveillance are right-wing, anti-Islam campaigners".

Following the tragic murder last year of Sisto Malaspina in Bourke Street, Melbourne, by a Muslim known to authorities, Morrison and Dutton both said that ordinary Muslims needed to do more to prevent terrorism. Morrison accused them of looking the other way and sticking their heads in the sand.

My advice to Morrison and his fellow travellers is to do less. Stop using one of the most marginalised groups in Australia for political gain. Maybe then I'll believe you mean what you're saying now.

Dr Susie Latham is a writer and researcher on Islamophobia and the co-founder of Voices against Bigotry.