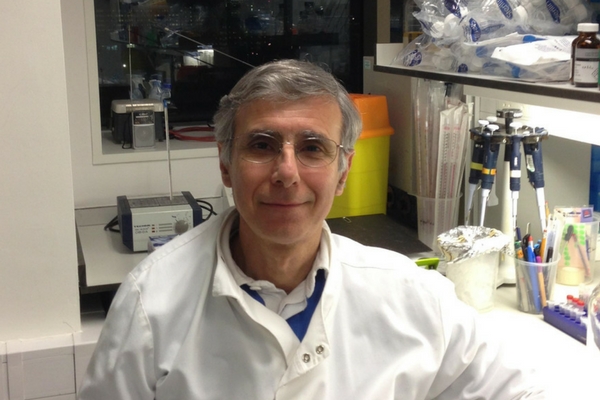 In late March, Dr Michael Antoniou, Reader in Molecular Genetics at King’s College London School of Life Sciences will be visiting Melbourne, Canberra and Sydney. He is here to discuss his concerns with a range of new genetic engineering techniques that the Federal Government is currently proposing not to regulate.

In late March, Dr Michael Antoniou, Reader in Molecular Genetics at King’s College London School of Life Sciences will be visiting Melbourne, Canberra and Sydney. He is here to discuss his concerns with a range of new genetic engineering techniques that the Federal Government is currently proposing not to regulate.

If the Government deregulates these techniques anyone from amateur biohackers – to industry – would be free to use them to genetically modify plants, animals and microbes. And they could enter our food chain and our environment with no safety testing and no labelling. The results could be catastrophic.

Friends of the Earth is co-hosting a series of forums with the William Angliss Institute, the Frank Fenner Foundation, MADGE, GeneEthics and well known chef and writer Jared Ingersoll. The forums will discuss what kind of futures these new genetic engineering techniques could create, the potential risks to human health and the environment, and the politics that are at play globally and in Australia.

Dr Michael Antoniou is the Head of the Gene Expression and Therapy group at King’s College London (UK), which is part of the Department of Medical and Molecular Genetics. Historically, the main focus of research within his group is the study of the molecular mechanisms of the regulation of gene function. He has also used these discoveries to develop efficient gene expression systems for efficacious and safe biotechnological, including gene therapy, applications. Dr Antoniou holds inventor status on a number of patents with industrial partners in this area. More recently, Dr Antoniou has expanded his research program to include using molecular profiling “omics” methods (transcriptomics, proteomics, metabolomics) in evaluating the safety of foods derived from GM crops, low dose exposure from their associated pesticides and other chemical pollutants. He has recently published a study showing that a widely grown GM maize is not substantially equivalent to its non-GM counterpart thus calling into question its regulatory approval. In another recent publication Dr Antoniou’s group has shown that rats fed an extremely low dose of the glyphosate-based herbicide Roundup at a daily intake well below regulatory permitted levels results in non-alcoholic fatty liver disease.

Dr Antoniou has been a critic of GM crops highlighting their potential and realised dangers for more than 20 years. At the same time as promoting “efficacious and safe biotechnologies”, Dr Antoniou, in his personal capacity, is one of 313 scientists who signed the European Network of Scientists for Social and Environmental Responsibility (ENSSER) statement “No scientific consensus on GMO safety”. Dr Antoniou is also a co-author of Earth Open Source publication “GMO Myths and Truths, an evidence-based examination of the claims made for the safety and efficacy of genetically modified crops and foods.” He was called as an expert witness by the State of Vermont in the case brought against them by the Grocery Manufacturers Association – challenging the state’s GM food labelling law.