In pursuing its plan for a national nuclear waste dump near Kimba on SA's Eyre Peninsula, the federal government is ignoring the unanimous opposition of the Barngarla Traditional Owners. 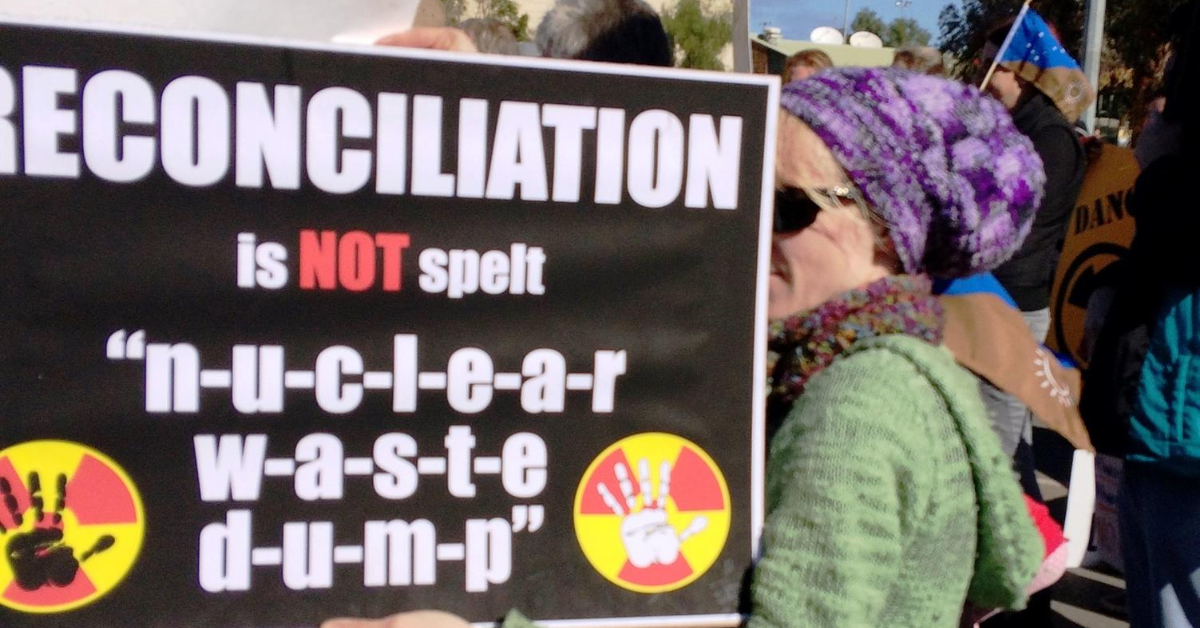 The government is trying to pass the National Radioactive Waste Management Amendment Bill, and a Senate Inquiry into the draft legislation has begun. The Amendment Bill would strip Barngarla Traditional Owners and other interested parties of their rights to a judicial review of the nuclear waste dump proposal.

A letter from the Barngarla Determination Aboriginal Corporation to the federal government notes that federal Parliament's Human Rights Committee has concluded that the proposed nuclear dump is a violation of the Barngarla People's human rights.

The letter notes that Barngarla People were refused the right to participate in a 'community ballot' due to the "technicality that our native title land is not rateable". Barngarla People engaged the Australian Election Company to conduct a separate ballot which found unanimous opposition among Traditional Owners. That ballot of Traditional Owners was ignored by the federal government.

The Barngarla letter states: "It remains shocking and saddening that in the 21st Century, First Nations people would have to fight for the right to vote in Australia and that the Federal Government would deliberately remove judicial oversight of its actions in circumstances where the Human Rights Committee, a bipartisan committee no less, has considered the process to locate the NRWMF flawed."

The "systematic racist behaviour by your Government is a stain on the collective consciousness of this country", the letter states.

Sign up for updates from the FoE Melbourne Nuclear-Free Collective

Please contact Labor Senators and other non-government Senators asking them to vote against the National Radioactive Waste Management Amendment Bill ‒ legislation which is designed to strip Barngarla Traditional Owners of their rights and interests. You can find Senators' contact details at this link.

Please email SA Premier Steven Marshall [email protected] asking him to stand up for Barngarla Traditional Owners and all South Australians. If you don't have time to write a personal email, please add your name to our online letter and add any comments you like.

An NITV story on the opposition of Barngarla people: ‘Barngarla continue fight against plan to dump nuclear waste on Country’.

Sister Michele Madigan's article in Eureka Street, 'Much at stake for Barngarla Country'.