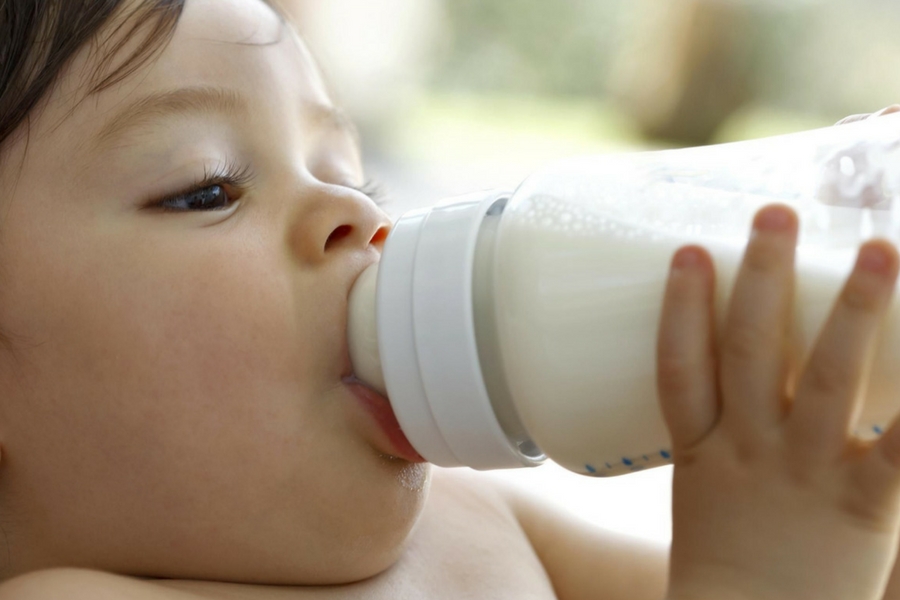 Independent testing commissioned by Friends of the Earth US has found risky nanoparticles deemed unsafe for use in toothpaste in baby formula. Six samples of baby formula made by Gerber®, Enfamil®, Similac® and Well Beginnings™ - which are all available online in Australia - were tested. Four of the samples contained nanoparticles of hydroxyapatite. Furthermore, 100 per cent of the hydroxyapatite particles in the samples were nano - demonstrating conclusively that they were intentionally produced (1).

The European Commission’s Scientific Committee on Consumer Safety (SCCS) concluded that the needle-like form of nano-hydroxyapatite found in Gerber® Good Start Gentle®, Well Beginnings™ Advantage®, and Enfamil® formulas, which is similar in shape to asbestos, is potentially toxic and should not be used in toothpastes, tooth whiteners and mouth washes.

According to the scientists from Arizona State University who conducted the testing, three of the samples also likely contained nano titanium dioxide or silica. Animal studies of nano titanium dioxide show it can damage DNA, disrupt cell function, interfere with the immune system, cross the intestinal tract and cause organ damage. The SCCS found evidence that nano silica can damage DNA and stated that no conclusion of safety can be made.

Jeremy Tager, a campaigner for Friends of the Earth’s Emerging Tech Project said “an ingredient that is not safe for use in toothpaste should definitely not be used in baby formula. Friends of the Earth is calling for our food regulator Food Standards Australia New Zealand (FSANZ) to immediately determine which infant formulas in Australia contain these potentially harmful ingredients and remove them from supermarket shelves.”

“Babies are at greater risk of suffering health effects from exposure to toxic nanoparticles because of their more vulnerable physiology. Babies’ immune, central nervous, reproductive and digestive systems are still developing and exposure to toxicants can lead to irreversible damage.”

“The fact that all six baby formula brands tested contained significant quantities of nanoparticles suggests that many if not all of the varieties of infant formula commonly sold in Australia are likely to contain nanoparticles,” stated Mr Tager.

FSANZ’s Policy Guidelines for the regulation of infant formula require pre-market assessment for “any substance proposed to be used in infant formula does not have a history of safe use…or is produced using a substantially different technique or technology.”

“FSANZ has also told Parliament that food products containing nano-ingredients will not be sold until they have been subject to safety testing and pre-market approval (2). By allowing these untested and potentially harmful substances into baby formula, FSANZ has inexcusably failed in its role as a regulator,” concluded Mr Tager.